She was considered an inspiration to everyone on the Palmview city council, and on their Tuesday meeting, members honored one of their own.

Last month, Graciela “Gracie” Flores, 66 passed away after a decade-long battle with Non-Hodgkin’s lymphoma. Flores served on the Palmview city council for two decades starting in 1995, becoming the first woman to do so. 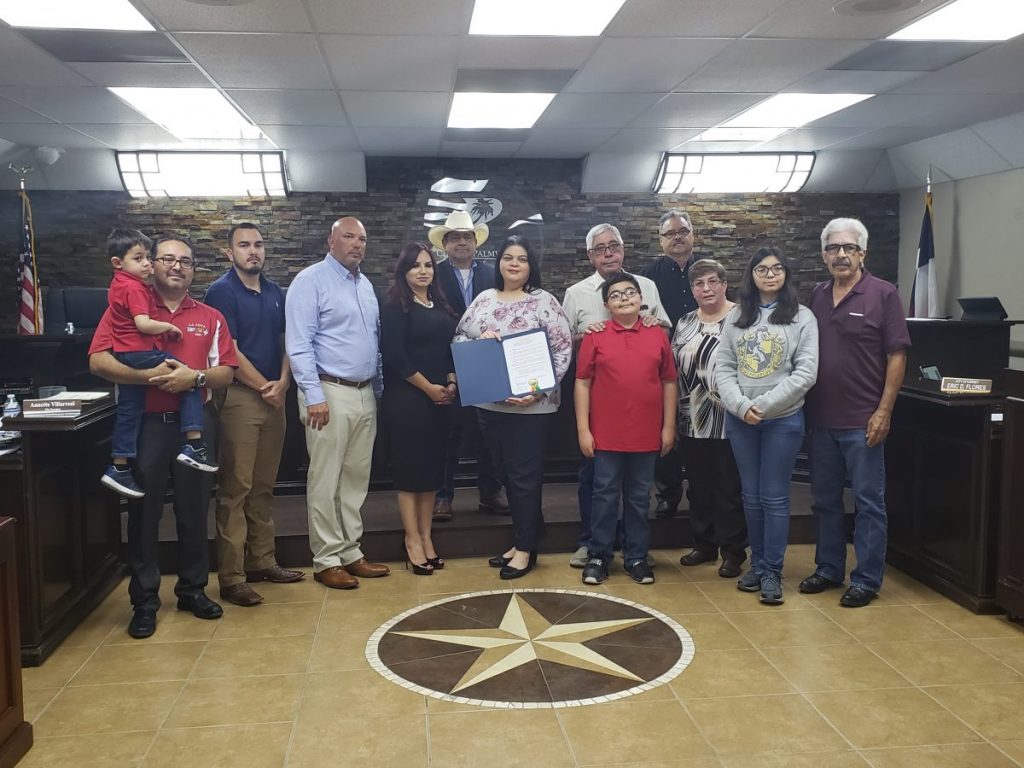 She stepped down in 2016 from the city council to run for the La Joya school board.

“The Palmview community lost a leader and inspirational individual in Miss Gracie Flores,” councilmember Jose Luis Perez said. “She served with dignity and distinction on the city council and during her tenure, Gracie was involved with a number of projects that would improve the quality of life in the city. After her tenure, she continued to be supportive of events and projects. She left a legacy of public service and leadership in the community. She will be remembered fondly.”

According to her obituary, Flores was a proud graduate of La Joya High School Class of 1972, and remained a loyal “Coyote” fan during her lifetime. Besides serving on the Palmview city council, Flores helped her community for many years as a banker with First State Bank and later Lone Star National Bank, where she was known for her helpfulness and kindness to all her customers.

Because of her actions, Flores was recognized by the Palmview city council with a resolution in her honor. Members of her family, including her daughter, Giovanna, were in attendance of the resolution.

“Because of her, I am involved in local politics and wanted to continue her legacy and contributions in the city,” Perez said. “It’s why I decided to run for city council and I want to thank her for all her help in the community.”

Other council members expressed gratitude to Flores and to her family in attendance for supporting her endeavors in the city council.

“Palmview was great to Gracie, even till the end she still wanted to know what was happening so I know how much the city meant to her, and she meant so much to us,” Palmview city councilmember Anthony Uresti said.

“At one point, Gracie and I shared the same vision in many projects and I am so glad our relationship went full circle when I was elected on the board,” Sarabia said. “We continued to discuss how to make things better for the city. I feel like I was blessed in some way knowing her.”

When she was invited to speak on behalf of her mother, Giovanna Cardenas simply thanked the board for the resolution while holding back tears.

“I am grateful but sad at the same time, the city meant so much to her and this feels like they are not forgetting her,” Cardenas said. “She was my inspiration. Even until the very end she was always telling me to be strong and true to myself no matter what, and this city was her other child and she was there for anything, the community would always reach out to her for help and she would gladly listen.”