Gov. Greg Abbott took sweeping action to contain the spread of the novel coronavirus across Texas Thursday after issuing an executive order that will close restaurants and schools, among other things.

During a Thursday news conference, Abbott announced an executive order that will limit social gatherings to 10 people while prohibiting eating and drinking at restaurants and bars. 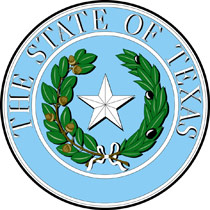 Takeout will still be available while schools, gyms and bars will be closed under this order and people will be banned from visiting nursing homes except for critical care.

The executive order will go into effect midnight Friday and will run through Friday, April 3.

“Working together, we must defeat COVID-19 with the only tool that we have available to us — we must strangle its expansion by reducing the ways that we are currently transmitting it,” Abbott said at the news conference. “We are doing this now, today, so that we can get back to business as usual more quickly. The traditional model that we have employed in the state of Texas for such a long time so effectively does not apply to an invisible disease that knows no geographic and no jurisdictional boundaries and threatens the lives of our fellow Americans across the entire country,” Abbott said.

Abbott also announced that state health commissioner John Hellerstedt declared a public health disaster earlier Thursday. Abbott said it is his understanding that the last time such a declaration was made in Texas was 1901.

The executive order could be extended beyond April 3 depending on the status of the outbreak in Texas, Abbott said.

According to the Texas Department of Human Health Services, there are 143 confirmed cases of COVID-19 in the state and three fatalities as a result from it.

Following the state executive order, the county and the city of McAllen took swift action to follow suit.

An order issued by McAllen Mayor Jim Darling on Thursday that went into effect that evening prohibits eating or drinking inside an establishment and significantly restrict crowd sizes at social venues and other gatherings.

The order restricts restaurants to curbside, to-go and drive thru food service, while suspending conditional use permits for businesses designated by bars until further notice.

The order also bans social or community gatherings of 10 or more.

Movie theaters and churches will limit attendance to less than 10 people, the document stated, who all must be a minimum of 6 feet apart from each other.

The order also includes sanitation protocols for hotels, short-term rentals and gas stations, a prohibition on reusable glassware and self-service drink dispensers, and a ban on straws and tabletop condiment stations.

A violation of this Order is a Class C Misdemeanor punishable by a fine not to exceed $500. Following this order, the Mcallen Public Library System announced they would be closed to the public until further notice.

On Thursday, the Hidalgo County Judge Richard F. Cortez signed an order that limits mass gatherings of 10 or more and closes dine-in restaurants and bars.

Cortez directed restaurants, bars, lounges, and private clubs to close any serving, dining, congregation or entertainment area, allowing these facilities to remain open for delivery, drive-thru or take-out meals. The order does not mandate shelter in place.

“I realize these are extraordinary measures, but I continue to rely on the expertise of the Center for Disease Control, so these measures are a reflection of their evolving advisories,” Cortez said in a statement.

The order became effective upon his signing of it Thursday evening. It is set to expire next Tuesday, March 24 but Cortez plans to ask the Hidalgo County Commissioners Court on that day to extend the order at least another seven days, according to the release.

“This is a critical two-week period in which all empirical evidence suggests we can mitigate the spread of COVID-19 by avoiding unnecessary contact,” Cortez stated in the release.

These orders align with similar directives issued by Governor Greg Abbott on Thursday and may be enforced by local law enforcement.