Though they have lost one of their six municipal judges, Sullivan City will still have Marco De Luna serving Sullivan City in another capacity.

During Monday’s city commissioner meeting, city council members accepted the resignation of De Luna, and then appointed him as their new city attorney. 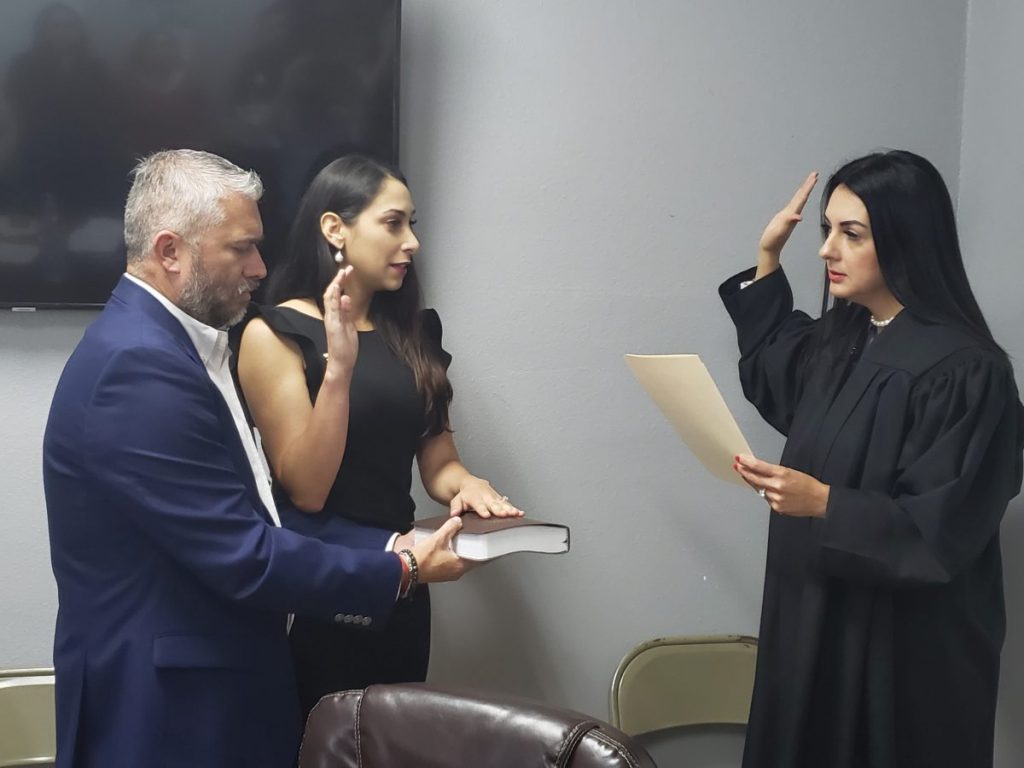 “I appreciate the thought of being here, there’s no other place I’d rather be,” De Luna said.

De Luna replaces former city attorney Armando Marroquin who stepped down to avoid a conflict of interest with his campaign bid for County Court at Law No. 10, which he is running unopposed for in the November 2020 elections.

Like Marroquin, De Luna will be on a $1,500 a month retainer. De Luna was sworn in as municipal judge February 2019 on a voluntary basis.

“I just want to thank everybody, it’s been a pleasure,” De Luna told commissioners. “Mission is my hometown, but I truly feel Sullivan City is my second hometown. I never felt far from home here and I will always love this city. They gave me the first chance to come here and I’m glad I’ve been given an opportunity to continue serving.”

Sullivan City didn’t have to look far for a replacement for De Luna as at that same Monday meeting, they swore in his wife-attorney Carina Garza De Luna- to serve as their new municipal judge. She will also be serving Sullivan City on a volunteer basis.

“I really have a big heart for Sullivan City and hope to continue the success and serve the city with honor and integrity like my husband has,” Garza De Luna said.

De Luna referred to his wife’s new role as a “step up” from his former role.

“There’s no doubt they got a way better attorney than me, she’s one of the smartest individuals I know and it’s well deserved,” De Luna said. “They’ve earned a great judge who is versed in the law, compassionate and cares about the community.”