Just days before the UIL mandated suspension of athletic events across the state of Texas a good number of area athletes got the chance to showcase their speed, strength and jumping skills at a couple of local track meets.

Two team titles
The Mission Veterans Lady Patriots put up 168 points in route to a 50 point win in the girl’s division of the Jim Hudson Relays in La Feria on March 13. It was the first meet win of the year for the team and another in the long history of success the Lady Patriots program has had under the direction of Coach Kathy Howell.

The team got double gold medals performances from four of its athletes to fuel the victory. Charlee Salinas, a 2019 state qualifier in both the shot put and discus took home gold in the same events in La Feria. Alyssa Villarreal won the 200 meter dash and helped the 400 meter relay team to a first place finish. Cielo Veliz and Stephanie Torres ran on both the winning 400 meter and 800 meter relay teams.

Howell commented on how it was the first time this season that she had the team at full strength as members of the Lady Patriots softball and soccer teams were able to compete as well.

“The kids were excited about the results,” said Howell. “It was a good meet for us.”

On the same day, the Sharyland Pioneer Diamondbacks had a much closer result than the Lady Patriots did as part of the Steve Stark Relays at Richard Thompson Stadium, edging out La Joya Juarez-Lincoln by four points to win the title in the boy’s division. 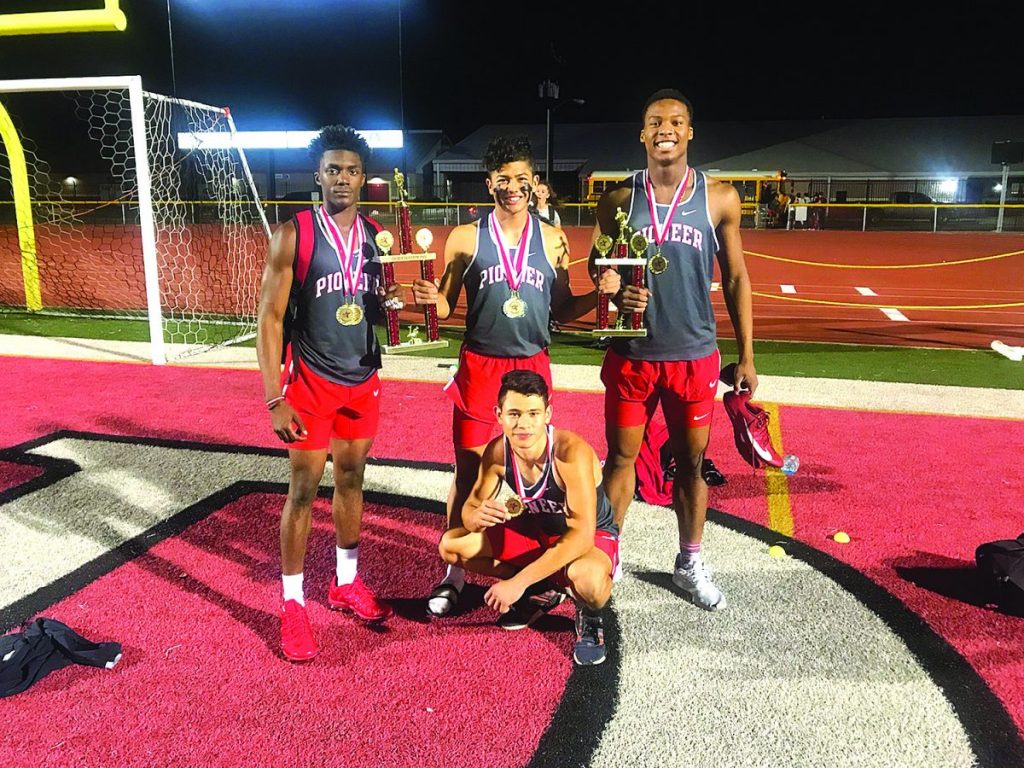 The Diamondbacks win, their third meet title of the year, was a good team effort according to Head Coach Marcelino De La Fuente Jr. In fact the day’s efforts came without any individual gold medals for any member of the Pioneer squad.

The Diamondbacks were paced by senior Octavio Morales who placed second in the 200 meter and 400 meter dashes as well as running on one of the team’s three meet winning relays. Freshmen Joseph Graham contributed to two of the winning relay teams and Leo Salinas finished second and third in the discus and shot put respectively.

Standout seniors
The two meets also showcased some outstanding individual performances from two seniors.
In addition to their second place finishes in all four of the meets relays, the Huskies of Juarez-Lincoln kept the heat on Pioneer throughout the meet with three individual gold medal runs from senior Freddy Calvillo. A recent signee to run next year at Allen Community College in Iola , Kansas, Calvillo posted personal best times on his way to victory in the 800, 1600 and 3200 meter runs. He edged out Mission High’s Rogelio Aguirre to win the 1600 and 3200.

Coach Rene Loera is the head girl’s coach at Juarez, but has coached Calvillo as the school’s head boys cross country coach and in his current his role overseeing both the girls and boys distance runners during track season. Loera described Calvillo as a hard worker with lots of potential and also appreciated how the senior helps out others on the team.

Horacio Garza, the Huskies boys coach, echoed Loera’s comments on how Calvillo has become a leader for the team and a positive influence on its younger members. Despite the loss to Pioneer, the Huskies have recorded team titles in three earlier meets this year.

Another senior stood out at the Jim Hudson Relays in an all-around performance that netted two gold medals, two silvers and a fifth place finish too.

Mission Veterans Alex Galvan , a regular for the team in the shot put, discus and 1600 meter relay most meets, added two new events to his agenda at La Feria and, in doing so, garnered 34 points for the Patriots in the team’s second place overall finish. 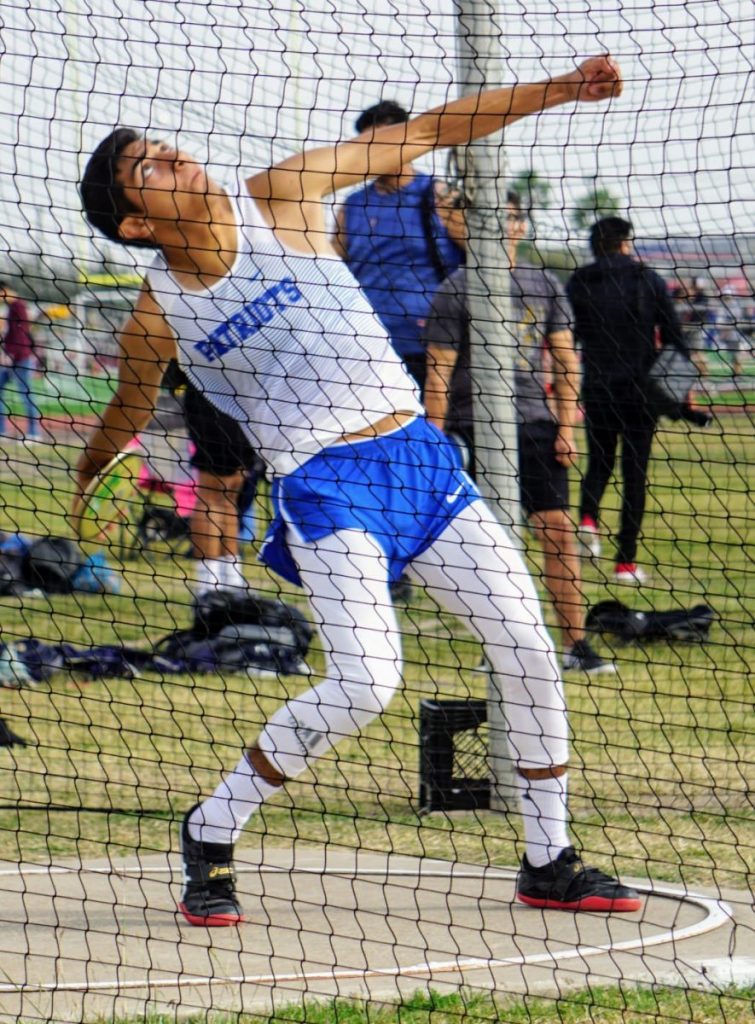 Galvan won his two specialties, the shot put and the discus and ran a leg on the team’s second place finishing 1600 meter relay. He also finished second in the high jump and fifth in the 100 meter dash.

According to Patriots Coach David Longoria it was the first time that Galvan had competed in five events and the meet schedule afforded him the opportunity to do so.

Patriots throwing coach, Simon Mendoza describes Galvan as, “Hands down the best thrower I’ve ever seen.” That’s high praise coming from someone who coached Galvan’s brother, Guillermo, to a state championship in the shot put in 2014.

Top of the winner’s stand
Several other local athletes took home gold medals for their efforts at the two meets as well.

In La Feria Veteran’s JR Martinez won the triple jump in the boys division and Frida Zavala from Mission IDEA North won the 400 meter dash in the girl’s division.

In Sharyland, La Joya’s Alex Rodriguez took home two gold medals by winning both the shot put and the discus. Also in the boy’s division, Sharyland High’s Daniel Pena won the 300 meter hurdles and tied for first in the triple jump with Mission High’s Tahj Jones.

In the girl’s division, the Lady Rattlers of Sharyland High finished third with an impressive 133 point total, 11 points from the top spot. The team placed in the top four in all four of the relay events ran and won three individual events.

Complete results for both meets can be found at www.athletic.net. 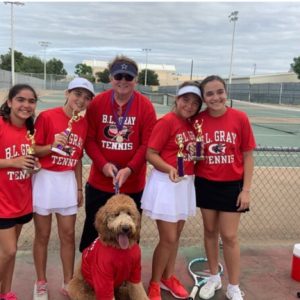 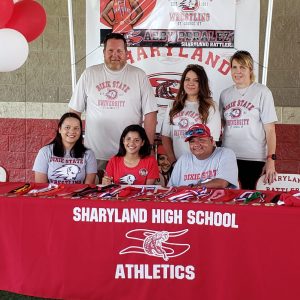 SHS athlete signs on to wrestle at Dixie State University