Nearly 3.3 million Americans have applied for unemployment benefits last week, almost five times the previous record set in 1982 according to a Thursday report by the Associated Press.

The surge in applications is a reflection of the damage caused by a widespread economic shutdown caused by the coronavirus as several businesses from gym, bars, movie theaters and car makers have closed down, leaving employees stranded.

According to Hidalgo County Workforce Solutions spokesman Mike Gomez, the employment agency has seen an increase in people coming in to request help as they search for  a new job.

“We’ve been seeing a response from local employers in regards to helping those in the entertainment and service industries to help those who have been dislocated in response to COVID-19,” Gomez said. “We won’t know for another two to three months when labor market information comes in to have the number for how many people in the workforce economy were affected by layoffs at this time.”

The Texas Workforce Commission has also been helping those affected by unemployment. They announced earlier this month they are temporarily dispensed with the “waiting week” and work requirements normally involved in accessing unemployment insurance benefits through the state so people can receive their benefits faster.

Anyone seeking unemployment benefits needs to submit an application by logging on or creating a new account on the TWC website and provide their social security number, most recent employer’s business name and address, first and last dates they worked at their last job., number of hours worked and pay rate, military service start and end dates if you served in the last 18 months and alien registration number if you’re not a U.S. citizen.

“The TWC is able to provide unemployment benefits to job seekers who have copies of pay stubs or any form of documentation that is required of them,” Gomez said. “People can access the form online and can call us online for more information. We also provide a weekly list of ‘hot jobs’-in demand jobs in the area people are urged to apply to.”

Among those unemployed who could take advantage of the list is Jessica Suarez, a server at the McAllen gourmet restaurant BurgerIM.

Suarez, 24, said she has not worked in over a week due to the restaurant no longer offering customers a dine-in option. Three other servers have also not been working.

“We haven’t been fired but we have not been working,” Suarez said. “They keep telling me they’ve been cutting back on everything since they only offer curbside delivery but we haven’t had any customers lately. It’s gotten to the point where no one is on the schedule to work next week.”

As a server at BurgerIM, Suarez makes $7.50 per hour and an additional $20 per five hour shift, money she no longer sees. Due to not being fired from the restaurant, and working there for less than a year, Suarez said she believes she does not qualify for unemployment benefits.

“It’s scary, I’m concerned about what I can afford and I’m applying to other places, I’m not used to not having an income coming in,” Suarez said. “I like to work, and it’s hard not working when we’re being forced to stay inside and not socialize. It feels weird how we were recently working and being happy and then we had a major shift that’s affected millions of people all over the world who are going through the same thing as you. It’s depressing. I’m hoping this gets resolved soon so I can get back to work.”

A local entertainer affected by the bar closures is Manuel “Kido” Rendon, a DJ and drummer for the band Double Dose.

Rendon and his bandmates perform in bars around the McAllen area and earn $100 each per performance.

“We had a gig get cancelled over the weekend and then all the other gigs cancelled,” Rendon said. “When they announced the bar closures, entertainers were the first ones let go so bars could retain as many employees as possible. None of us have work, we’re stuck at home right now. I called my bank to stop payments temporarily since I have no income since performing has been my full time job for 15 years.”

To make money, Rendon is selling equipment and having digital concerts where he performs a set on social media and viewers can tip through Cash App.  To view this artist visit https://www.facebook.com/djkido.

“It feels awesome to see this support,” Rendon said. “Every little thing helps right now. A lot of musicians are hurting everywhere and with everyone staying home, now’s the time to practice more. We don’t know for how long we’ll be locked up for.”

Another local entertainer affected by the closures is Benjamin Benavidez, a drag performer who performs under the name “Lady B.”  She was spending last Thursday getting ready to perform at the McAllen bar PBD’s when he got the news that, following a disaster declaration in the city, PBDS would be among the bars that would close for two weeks effective immediately.

“I was surprised that it hadn’t happened in McAllen yet since in Houston all the bars and clubs had shut down,” Benavidez, who lives in Pharr and Houston said. “I was glad to see them still open in McAllen but when they closed, I essentially lost my main source of income.”

As a drag performer, Benavidez has performed in bars and clubs around the country earning $200 to $500 per night depending on the venue and working at least four days out of the week, he said.

“It’s how I pay my bills, me, other entertainers, bartenders, bouncers and security people are worried,” Benavidez said. “We’re all wondering how we’re going to make money at this time. I have some savings but I don’t like not making money. I’m basically unemployed.”

Benavidez is accepting donations through Venmo and Cashapp at @Benjamin-Benavidez-1 and $benjaminbenavidez, respectively. 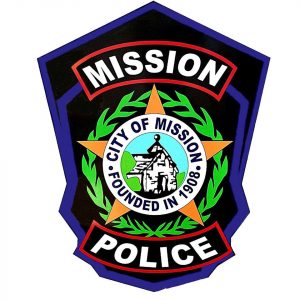 4 arrested in shooting near Madero area 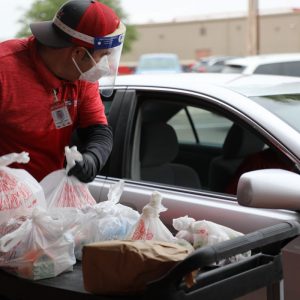 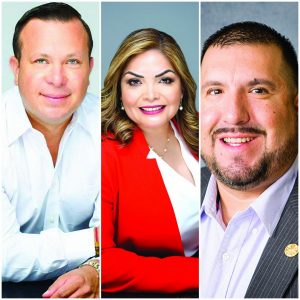 Three candidates run for LJISD Board of Trustees Place 7