With nearly half of the population in the country responding to the census, the counties of Starr and Hidalgo are attempting to catch up.

According to the U.S. Census Bureau, the national self-response rate for the country stands at 48.6 percent as of Monday, and the state response rate is at 44.2. Hidalgo and Starr counties trail behind both numbers with a response rate of 31.2 percent and 21.9 percent, respectively. 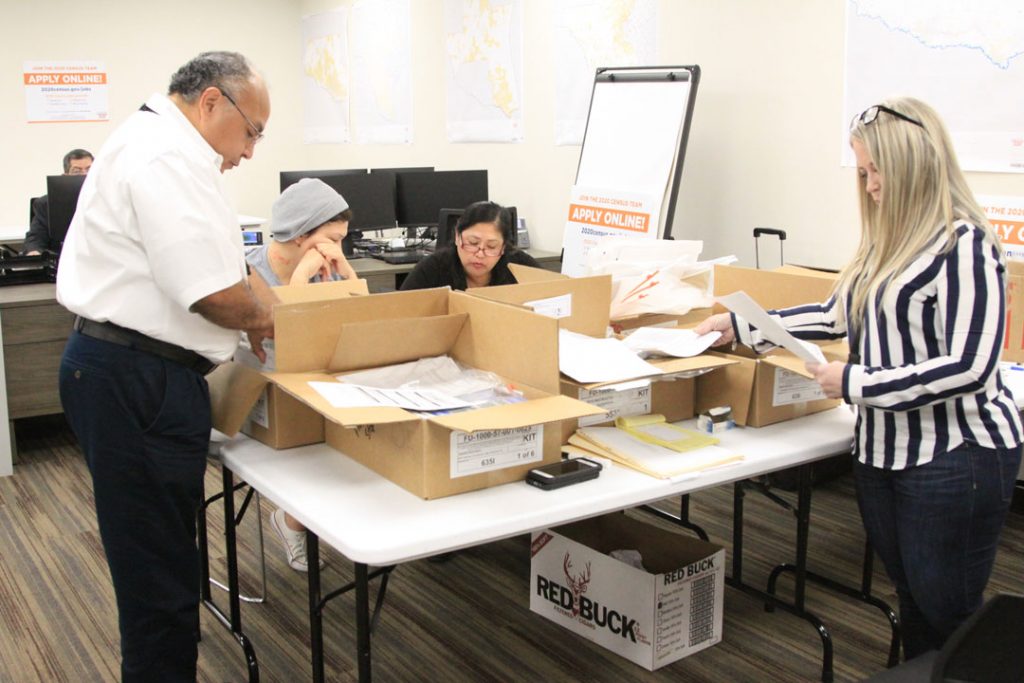 During the 2010 census, participation for Hidalgo and Starr topped out at 55.9 percent and 45.5 percent, respectively.

“There’s a few different factors playing a role here, one of the biggest ones is unfortunately the COVID-19 pandemic that coincided directly with the timeline of census outreach efforts,” Nestor Lopez, a county economic development analyst who leads the Hidalgo Census Count Committee said. “We at Hidalgo County have been working on our coalition for more than two years to bring together multiple partners to the table with the idea to move forward with outreach efforts by mid-March.”

Mid-March is when the census bureau began mailing out letters instructing citizens on how to fill out the census online, the first time in the census’ history that it would be done digitally.

The local census committees had plans to reach out to the community in outreach events such as block canvassing to inform people personally on the benefits of the census.

“We had already started partnering with several municipalities and organizations that work with community members like the Rotary Club and Lions Club and local priests so they could spread the word on the census,” Cynthia Fuentes, a spokeswoman for Starr County and the head of the Starr County Census Complete Count Census Chair said. “We even reached out to centers like courthouses, city halls and libraries so people could go there to fill the census online, which now isn’t available for the public.”

Options like that aren’t available to the public due to the COVID-19 pandemic, whose arrival in the area coincided with the start of outreach efforts for the census. The counties of Starr and Hidalgo enacted emergency orders that prevented public gatherings for the safety of the public.

The U.S. Census Bureau announced Monday they are suspending field operations through June, even after opening an office in McAllen last year.

According to Lopez, the pandemic has hindered outreach efforts that promote census involvement.

“We are an area that would benefit the most from in person events and unfortunately that is no longer an option because of the virus,” Lopez said. “We have moved primarily to a digital push through email, social media and all our partners because, unfortunately, this is all we have at our disposal.”

Lopez said the push for digital has several hurdles.

“It’s difficult to get people to do it online when up to 250,000 people who live in rural areas don’t have the greatest internet connectivity unfortunately. It’s a hurdle we’re trying to overcome to reach these people digitally in areas that have this,” Lopez said.

Lopez also said that several small cities with low response rates rely on P.O. boxes which the census bureau had said are not sending Census IDs to.

“This push to digital may not be as effective here as it would in the rest of the country,” Lopez said. “Prior to these developments we felt the best strategy to approach the census was with in-person events that unfortunately went out the window due to restrictions of mass gatherings. We are adjusting to reach these specific people, they’re not seeing a knock on the door any time soon,”

Due to these restrictions, Lopez said school districts have reached out to people living in rural areas to urge citizens to at least complete the census over the phone. Fuentes said Starr County is working on a similar effort and are also posting daily reminders on its official Facebook page for Starr County residents to complete the census.

“The response rate is not as high as we’re hoping, but it feels like we’re doing good considering what’s going on with the coronavirus and the shelter in place order,” Fuentes said. “It’s why we’re reminding people every day to do this. We still have a couple of months to complete the census and still enact some programs to get the public involved.”

The census can be completed at 2020census.gov or by phone at 844-330-2020. Fuentes advises the public to participate in the census as it will have long-term effects on everyone, particularly younger generations.

“It will determine every aspect of our community for the next 10 years. This will mean a better future for our children who will be directly impacted by this, it’s important we have factual numbers,” Fuentes said.

The original deadline to complete the census was July 31, but that has been pushed to Aug. 15, and another delay may be likely, Lopez said.

This situation is so new and the census has never been postponed before, but if it is then the dissemination of federal funds to our communities will also be delayed,” Lopez said. “All we can ask for is for everyone to be ready for the changes. Even the federal level is adjusting.”