A series spotlighting locally-owned restaurants adjusting to the pandemic

The Tea Room has been working to give back to the less fortunate and stay afloat during the pandemic.

Located at 1524 N. Conway Ave., The Tea Room has been a staple in the Mission community for several years. Owner Michael Mendiola spoke on the changes they have had to make since COVID-19 took the country by storm. 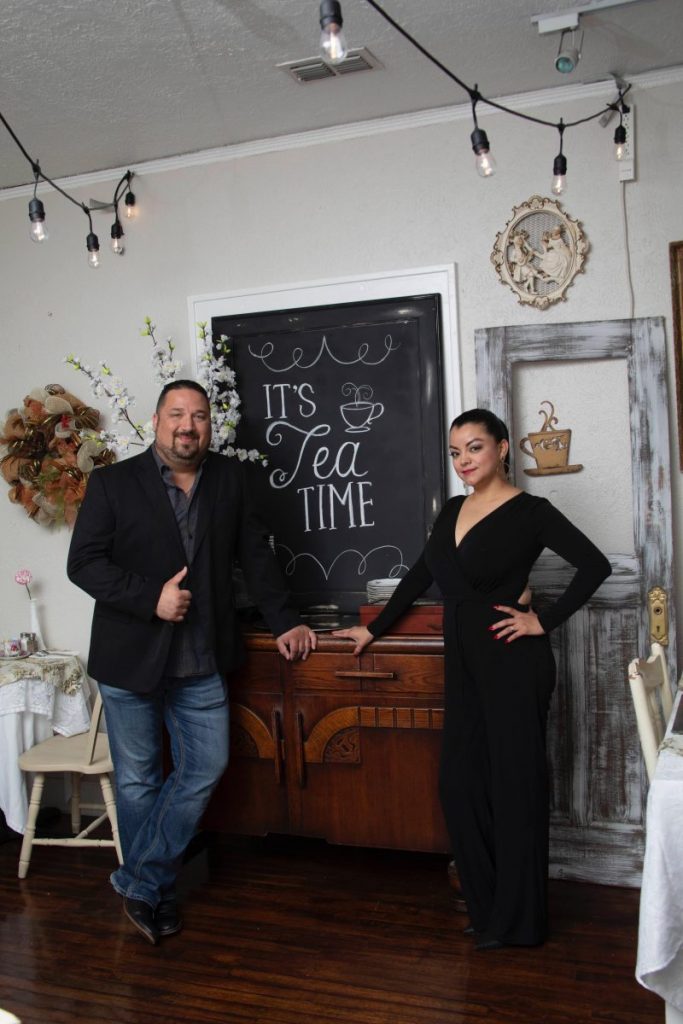 “So far it’s been an adjustment,” Mendiola said. “After about a week of everything settling in, I guess people started realizing that this is real, it’s not going away, and we noticed a decline in sales of about 30 percent, maybe.”

In their second week of closing the dine-in area, they lost about 50 percent of their usual sales revenue.

“That’s when people became more wise with their money, and said ‘hey, we better not spend,’” Mendiola said. “The adjustment came really fast.”

The Tea Room decided to change their menu to include several options and combos for $5.99, which meant the local eatery would be making much less than they were accustomed to.

“We needed to help, and we needed to pay our rent, our bills and our employees,” Mendiola said. “Everybody is in the same boat that we are in, so we went to a $5.99 menu for our community.”

“We’re not going to get rich doing what we’re doing, but we want to help people, we want to grow and put our name out there,” Mendiola said. “We want to show the community that we’re actually here to help each other out.”

Patrons can order from The Tea Room over the phone, and they are available through curbside pickup or delivery. The most difficult part of the transition away from the dine-in atmosphere, according to Mendiola, is keeping staff employed.

“It breaks my heart because everybody needs to work, everybody is trying to survive and live, everybody has families,” Mendiola said. “Looking into your employees’ eyes and saying ‘hey man, I don’t have a lot of work for you this week,’ that’s the hardest part.”

The Tea Room came up with a campaign called “Friends Helping Friends,” which put together care packages and baskets for elderly people who couldn’t leave their homes to get groceries. They were able to compile 25 baskets and asked the community to give back.

“We didn’t take any pictures, we didn’t do it for any glory, we just asked people for a name and address so we could drop off their package,” Mendiola said. “Another thing that we did is give away free meals.”

Mendiola said they’ve had special events where if people buy a meal, The Tea Room will give away a free meal to someone in need.

“The person had the choice to either volunteer that meal to us and let us deliver it, or take the meal and let them deliver that,” Mendiola said. “The first week we did that, we gave away over 200 meals. The second week we did about 100. We’re very proud of that.”

Mendiola is a firm believer that giving back to residents in the area who are in need is the most important focus everyone should have.

“Either this Saturday or next Saturday we’re going to do a food giveaway, and that’s going to be completely out of our pocket,” Mendiola said. “Our goal is to give away 200 meals.”

He noted that he got the idea from the city of Pharr, who held a food drive for four hours one weekend. According to Mendiola, they were out of food within the first hour.

“That just tells us that there’s a lot of people out there who need help,” Mendiola said. “We are doing as much as we can to give back.”

Supporting local business is an endeavor Mendiola cares about, and The Tea Room appreciates when people choose to shop local.

“As a small, local business, I think it’s important to help each other out, especially in these times,” Mendiola said. “Everybody thinks ‘oh man, they own a business, that’s great, it’s fun, they’re rich,’ but it’s definitely not like that at all – there’s a lot of blood, sweat and tears that go into it, a lot of hard work, and right now with the obstacles of trying to get supplies it’s even tougher.”

The bulk of their delivery orders have been called from hospitals and first responders.

“The front liners that are working who can’t get out, we’re trying to keep those guys fed,” Mendiola said. “We’re big on helping the residents, and we’re going to help any way we can as long as we can – whether it be at the expense of the restaurant or out of our personal pocket, we’re here to survive and get through this together. The residents of Mission can count on us to have their back in difficult times.”