Hidalgo County municipalities looking for financial relief from expenses accrued during the COVID-19 pandemic will see some aid in the form of $63 million. 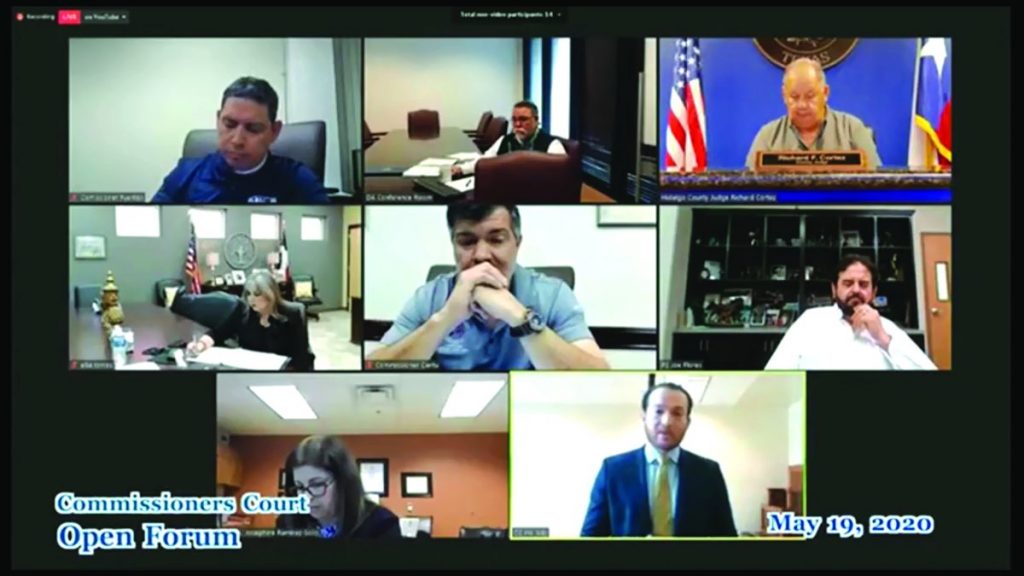 The money comes from the $151 million that came directly to Hidalgo County from the CARES Act and is part of an overall $11.2 billion allocation made to the State of Texas under the federal relief law.

Commissioners voted to distribute the funds at a rate of $110 per capita, or per person, for cities with populations of over 30,000 for the cities of McAllen, Edinburg, Mission, Pharr, Weslaco and San Juan.

The other 16 municipalities, meanwhile, will receive money at a rate of $80 per capita. The remaining $88 million will be kept by the county to serve unincorporated areas, school districts and countywide projects.

“We wanted to make sure we were providing sufficient funds for testing labs, contact tracing, PPE, forensic center, staff in clinical centers and to assist students in distance learning,” Hidalgo County Judge Richard F. Cortez said after the vote. “It’s going to be needed in the future. We are leaving money to provide stimulus money to grants in rural areas to help us at this difficult time.”

Before commissioners voted on the item, the mayors of the four largest cities in Hidalgo County-McAllen, Mission, Edinburg and Pharr-and state Rep. Oscar Longoria spoke to commissioners and urged them to share the $151 million with all the municipalities including the smaller cities.

“$151 million is a lot of money, it’d be unfortunate if we’re not able to spend it to the allowable usage of COVID-19,” Longoria said during the meeting’s open forum section. “We want everyone to get their fair share. We understand the county is big with a lot of needs to address, but we can’t forget those cities because those monies were based on the population of Hidalgo County and the respective cities that make up the county. I understand you have to service unincorporated areas but at the end of the day, you need to make sure the locals get those funds they are entitled to.”

After the meeting, Longoria expressed disappointment at how the county voted to split the $151 million.

“I would’ve done an across the board rate, how do you justify letting someone in Peñitas or Palmview know that they are worth less than someone living in Mission or McAllen,” Longoria said. “I‘ve spoken to cities in my district and they all feel they have not gotten the amount of money they should’ve gotten.”

With an even rate across all Valley cities, Longoria argued that the small municipalities could’ve found ways to find a use of the money or given it back to the county if they couldn’t.

“This money can’t just be used in any way, they need to be used as laid out in the CARES act,” Longoria said. “The silver lining is the county understands time is of the essence, cities can get this money and put it to use by the end of the year when the money is supposed to be spent.”

Four of the five mayors present in the commissioner’s court open forum-Mission Mayor Armando O’Caña, Pharr Mayor Ambrosio Hernandez and Edinburg Mayor Richard Molina-argued that the funds should be distributed at a rate of $174.49 per capita, the rate they said was allotted to the county’s entire population by the U.S. Treasury Department.

“Everyone should get the same resources because it is what they deserve,” Hernandez said. “The intent is to work together… It’s no secret how the federal government funded us-$175. It is what it is, all cities are important to Hidalgo County.”

Hernandez cited the newly formed Hidalgo County MPO-which united all three Metropolitan Planning Organizations and he serves as the chairman of-as a symbol of the Valley and county leaders uniting for the community before.

“At the end of the day, we were there for you because we knew you’d be there for us. At the end of the day, we know we must work on a team,” the Pharr mayor said. “We demonstrated to the state we could come together. We knew it was best for the community, everyone had to be treated fairly. On this endeavor, the federal government has decided we all need help and were able to give us this fund…We are one community and we will do what is fair.”

McAllen Mayor Jim darling, however, argued that the county should use $110 per capita as a base in distributing the funds to ensure his constituents receive their share of the money

“We already participate in everything the county does for more than our fair share, “Darling said, reminding that McAllen makes up nearly 20 percent of the county population and that residents pay 30 percent of county taxes.

“We already have $25 million in COVID-19 projects and have convention centers, libraries, community centers, police departments that we have to retrofit just the same as the county,” Darling said. “But whatever we do, we need to act now. We hope the county sees our position. We will spend that money responsibly and for the good of the people.”

County commissioners, with the exception of Precinct 3 Commissioner Jose “Joe” Flores, voted for the $63 million distribution at the $110 per capita for the county’s largest cities that darling recommended.

“$151 million is just too much money to not be split evenly with everyone,” Flores said.