A local chapter of a veteran’s group ensured that other veterans who gave their life for their country were still recognized during a pandemic.

During Memorial Day, members of the Catholic War Veterans Post #1065 did a tour of the cemeteries surrounding the city of Mission for a 21-gun salute to the veterans buried there. 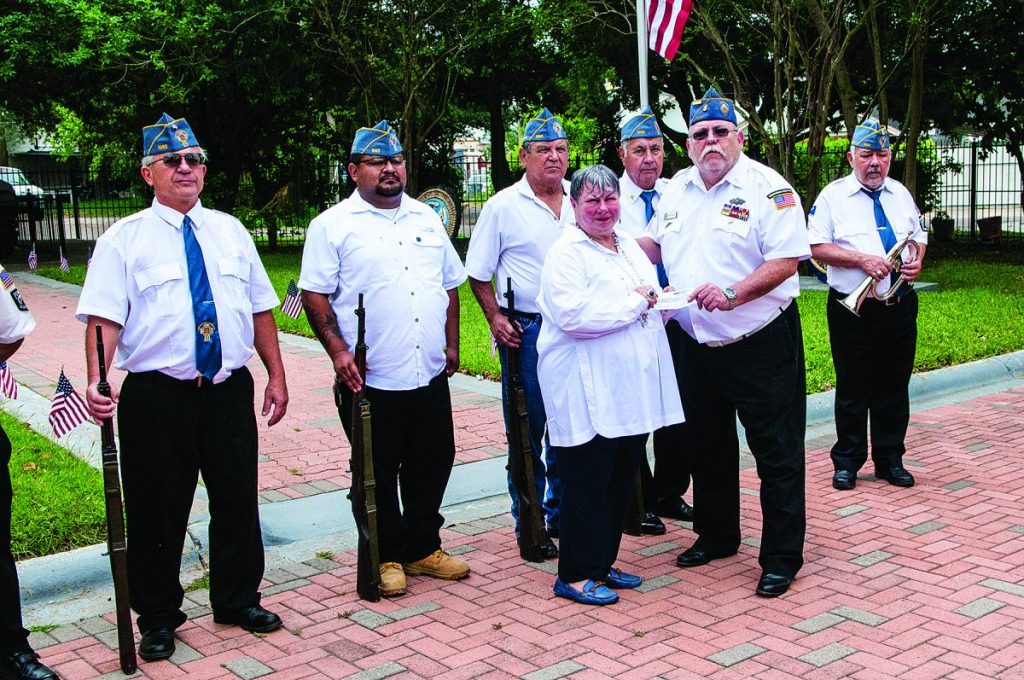 Comdr. Felix Ramirez said the group attended a total of five cemeteries before concluding their service at the veteran’s memorial housed at the Leo Pena La Placita Park.

“Usually the city of Mission hosts a Memorial Day service at the local veteran’s cemetery, but they announced they weren’t going to do that this year because of the pandemic and social distancing guidelines,” Ramirez said of the event that usually draws hundreds of people annually to the Rio Grande Veterans Cemetery.

Last week, the veterans cemetery announced that in lieu of a Memorial Day service, the cemetery would participate in a virtual service on Facebook which featured Ret. 4-Star Admiral William McRaven as the keynote speaker and remarks by Veterans Land Board Chairman George P. Bush.

Due to the lack of a ceremony at the veterans cemetery, the local CWV took it upon themselves to honor their fallen brothers.

“We’ve done this tour every year and we knew we had to continue it because we knew it was only going to be us who would take care of all the veterans who are deceased,” Ramirez said.

The group started their tour at the Laurel Hill Cemetery in Mission and moved on to the Valley Memorial Garden Cemetery and even visited the Chihuahua Ranch Cemetery in the community on Abram outside of city limits.

At each of the five total locations, the CWV held a 21-gun salute to commemorate the veterans and a performance of the bugle call “Taps.”

“This is why the country is the way it is,” Ramirez said of the holiday. “We do this so people can remember who they should. It’s not about deals and buying a new mattress or car, it’s about remembering the dead.”

At the final location at Leo Pena La Placita Park, members of the CWV presented a $500 check to Adela Ortega, president of the Mission Food Pantry.

“We’ve never donated to the food pantry before but because of the circumstances we are in due to the pandemic, we decided to do this,” Ramirez said of the donation. [Ortega] said it was wonderful, they needed all the help they could get.

Ortega said the money would go toward buying 500 pounds worth of pinto beans and paper bags to distribute the food to families.

“It’s an honor to accept this donation and I was excited to buy more food we needed,” Ortega said.

Since the COVID-19 pandemic shut down several businesses last March, forcing millions of people out of their jobs, including locally, the Mission food Pantry has seen more families in need of assistance, Ortega said.

“We provided meals to 796 families in April and surpassed 500 for the month of May as of Tuesday,” Ortega said. “Today we served 46 families as of noon. Usually we serve 50 families a day or less, that number has tripled.”

Residents can also donate unexpired canned goods at that location Monday through Friday and call (956) 585-3542 for more information.