Each of the more than 10,100 students enrolled at the Sharyland school district will receive a Chromebook in the upcoming school year.

During their latest board meeting Tuesday, Sharyland trustees approved a plan to purchase 4,330 Chromebooks to students for $1.1 million. 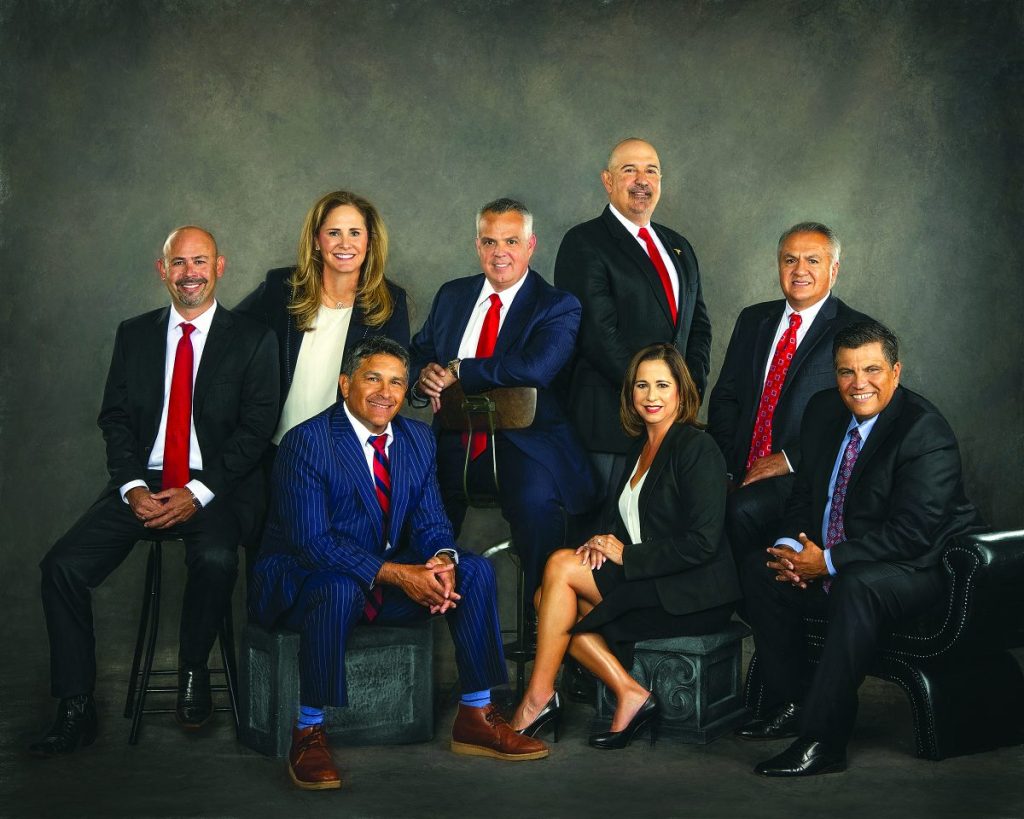 The Sharyland ISD Board of Trustees. Courtesy photo

“If necessary, all students will be able to check out a Chromebook depending if we continue to do social distance learning, or will be back on campus in the next school year or do a hybrid on both plans,” district Assistant Superintendent for Curriculum & Instruction Pamela Montalvo said Tuesday. “This will be a device in every kid’s hand whether it be at home or in a classroom.”

The board previously discussed the item at a workshop last week where they were presented with lower figures. The board originally had to decide between 2,500 Chromebooks for $670,000 to be distributed to students on a as needed basis, and 4,100 Chromebooks for $979,950 for each student to receive one Chromebook.

These Chromebooks would be in addition to the more than 6,000 Chromebooks the district already has on hand.

“The beauty behind it is if we do this, those devices can be issued in every classroom for students to use all the time and check out in class for that period and give it back when they finish the class,”  district Chief Technology Officer David Culberson said. “Signing in will be synchronized so you can run through several devices in different classrooms and your stuff will be there. It’s a win-win.

At Tuesday’s board meeting, board members were presented with the same options but with updated figures.

According to Culberson, the new figures were to order extra Chromebooks in the event some get damaged.

“Most districts include one to three percent extra in stock to keep on hand for anomalies,” Culberson said.

Board member Ricky Longoria made a motion to purchase the 4,330 Chromebooks with the stipulation that the district purchases more Chromebooks to have on hand at a financial ceiling of $1.1 million.

“This is a lot of money, if we’re voting on this I want to make sure we do this right and leave enough flexibility to purchase more units,” Longoria said.

According to Culberson, each Chromebook has a life expectancy of up to seven years and the financial ceiling will make it possible to purchase an additional 200 Chromebooks through the district’s fund balance.

At the meeting, the board also restructured despite postponing its May election to November.

According to trustee secretary Selinda Anzaldua, the restructuring occurred due to board policy stating that board officers will serve a term of one year “or until a successor is elected.”

“Since the month of May is the traditional one year term anniversary for board officers, we went ahead and followed our tradition,” Anzaldua said in a statement.

Under the restructuring, SISD Board President Jose “Pepe” Garcia was replaced by Mission business owner Keith Padilla and former board president Julio Cerda will serve as vice president.

“I couldn’t do this by myself, I appreciate all of you for what I’ve learned and how you guided me,” Garcia said before Padilla took on his new role.

“I’ve got a great team and I’m not worried one bit,” Padilla said of his new role. “I appreciate your confidence in me and look forward to continuing to work with you guys and everyone who is part of the school district. I am confident in facing this upcoming challenging school year and turn it into a positive situation.”