In his 36 years working as an educator, Sharyland Pioneer High School Principal James Heath never imagined his last year as principal would occur during a global pandemic.

“Nobody could predict this, it’s a crazy way to finish my career and I’ll always remember it because of that,” Heath, 58, said. “It’s crazy but it makes it a good time to go.” 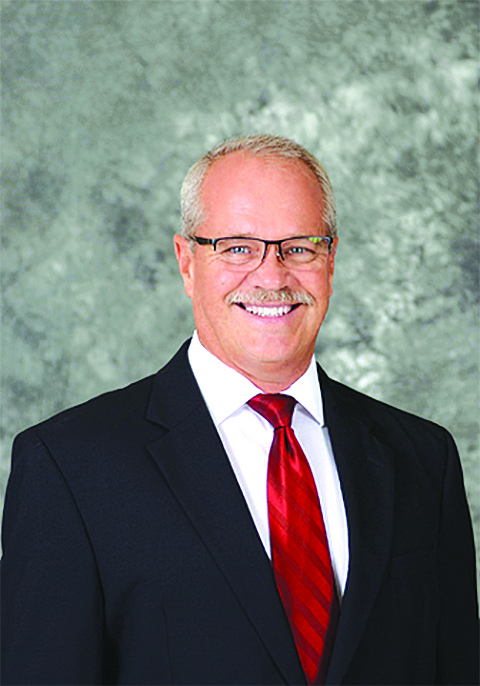 Heath is currently in the final month as principal at SPHS with his last day set for Thursday, June 25.

Heath said his retirement plans include spending more time with his family as he helps his children move out of state and to travel more with his wife.

“[I] might work some if an opportunity arises that interests me,” Heath said.

Heath is leaving after 16 years at Sharyland, the last six of which he served as the principal at Sharyland Pioneer High School since it opened in 2014.

“Everything with opening the school was one of my favorite memories at Sharyland,” Heath recalled “When we started we selected 10 students to form the ‘Pioneer Advisory Student group’  who helped us pick everything from the alma mater, the fight song and designs for the school letterman jackets, diplomas, the school flag. “Everything we did was done through them and that was enjoyable, getting to work so closely with all those students.”

Heath admitted that his role as principal was unexpected as he went to college with the intent of becoming a DJ, despite being raised by parents who were educators at Abilene.

“I even hosted a show in my first year at Abilene Christian College. It was great, but at some point I realized I didn’t want to do this for the rest of my life so I changed schools sophomore year to become an educator and coach like my father,” Heath said. “I wanted to coach and be around kids and athletics and that’s what I started doing.”

“I started teaching in Abilene. I started off as a freshman football coach then worked my way up to the system for years, eventually becoming a coach’s assistant then decided at some point to get my master’s in education and become an administrator,” Heath said.

Heath would eventually obtain a master’s in education from The University of Texas Pan American. He first came to the Sharyland school district after being hired as an assistant principal for Sharyland High School in 2004.

“I was applying anywhere in the Valley,” Heath recalled. “I knew Sharyland had a reputation as a top notch school district and I wanted my children to go into the best high school I could get them into. I thought Sharyland would be one of the best school districts to have them attend so when I got a phone call to interview there I was thrilled.”

Sharyland Superintendent Dr. Maria M. Vidaurri can speak on Heath’s skills as a principal as her kids attended Sharyland High School while Heath served as assistant principal there.

“As a parent, I can tell you the success of my kids is owed to his discipline and the things they did at Sharyland High School,” Vidaurri said. “I’ve always been very proud and pleased with what he did when he was here. He has been with us for so long and instilled that excellence we expect in others in a brand new high school and establishing a unique, exceptional culture of success is why we’re proud of him. That’s leadership.”

After receiving the job as assistant principal, Heath became principal at B.L. Gray Junior High School in 2012. After over two years, Heath applied to the top position at Sharyland Pioneer when the school started hiring.

“I didn’t want to do something until I felt I was ready to be a principal for a high school,” Heath said. “I needed more experience to be a high school principal so B.L. Gray helped me by being a principal at a smaller scale that helped me get ready for high school. Being a principal is a stressful job but I think I left Pioneer in great shape and there’s room for growth to mold students into being great adults. It’s a great school.”

Under Heath’s tenure as principal, Sharyland Pioneer received many accolades such as being recognized by U.S. World and News reports and had several organizations in athletics, cheerleading, band and UIL students compete at the state level.

“We had a streak over a nearly three-year period where we advanced in sports and all extracurricular activities to state, that’s something hard to do,” Heath said. “Some schools are good at some sports so to be good at everything is only possible because of a team effort from students, staff and community. That’s something we’re really proud of, we’re good in every area we competed in.”

As principal at Sharyland Pioneer, Heath oversaw the education of hundreds of students, including his two youngest kids Garrett and Trevor.

Trevor is among the graduates in the Sharyland Pioneer Class of 2020.

“I felt like I never treated my kids any different as their principal,” Heath said. “I was tough on them. I was the coach’s kid when I was their age and I always heard the talk that I got things because of who my dad was and I always took offense to that. I felt like I got what I earned in school so I made sure my kids felt the same. They’ll tell you they did not get special treatment from the principal. If they did something wrong they got the same consequences as anyone else. My kids will probably tell you I was tougher on them than other students because they had to go home with the principal.”

“As a principal, you don’t have the relationship with students like they’d have with a teacher,” Heath explained. “I like to think as principals, we have to focus on how you lead the school and have the discipline to grow your students into being good citizens.”

Though a replacement for him has yet to be selected, Heath said he is looking forward to retirement and will support his successor.

“When you’ve been doing something for 36 years, you know it’s time to step back,” Heath said. “I’ve been eligible to retire for the last seven years and I just felt like I’d do that once my last child was out of high school. The timing is good, so it’s time to let someone else run this ship.”

Heath is looking forward to seeing his graduating seniors one last time at his school’s commencement ceremony tonight.

“I’m glad we’re able to do this graduation, it will be the first time I see the whole class since before school closed,” Heath said. “I’ve always wanted the best for my students, every decision I’ve made was made to give them the best opportunities to be successful. I will miss being here, seeing them every day and wish them nothing but the best and that they continue to grow.”