A Sharyland High School senior will soon find out if he will be awarded a prestigious scholarship.

Timothy James Carlson, the 7th ranked student in the Sharyland High School graduating class of 2020, was announced as a finalist for the National Merit Scholarship earlier this spring. 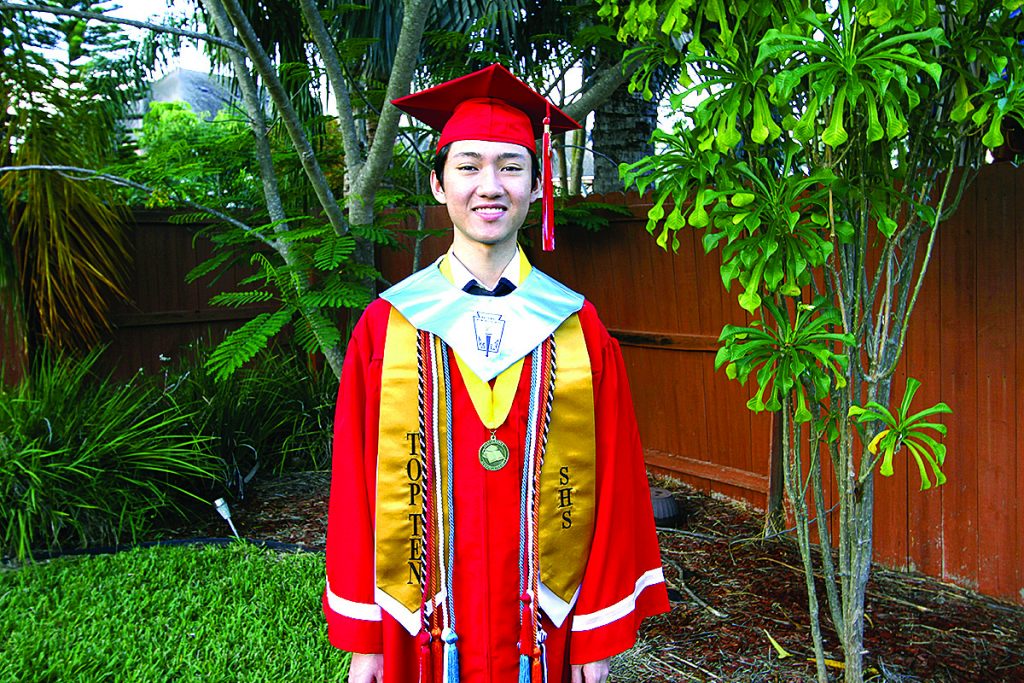 Since its inception in 1955, the NMSP has recognized over 3.3 million students and provided some 432,000 scholarships worth over $1.7 billion.

“It looks good for colleges,” Carlson said, adding that people begin the application process their junior year when they take the PSATs and move on to the semifinalist position by scoring high on it.

“I scored a 1490 out of 1520 and this past December, was asked to submit an application to the finalist round and got accepted,” Carlson said. “There’s about one percent of people taking PSATs from across the county who end up receiving the scholarship as an award.

Though the scholarship itself is only worth $2,500, Carlson said award is the recognition the program brings to recipients.

“Several universities have a partnership with the NMSP that helps students when they accept the scholarship,” Carlson explained. “For example, UT Dallas, which I was accepted in, has a partnership with the NMSP where they provide full tuition to recipients of the scholarship as well as money to cover housing expenses. It’s a big accomplishment and something to be proud of and it looks very good for universities but the financial thing that comes with it isn’t that big. It’s more of an added benefit.”

Though UT Dallas has a partnership with NMSP that Carlson was interested in, he ultimately decided to attend the University of Texas at Austin after being accepted into the honors program. He will study chemical engineering and business, he said.

“My parents are both college graduates so my family has been preparing me for living on my own and having good study habits to ensure I am prepared for college and push me to do well at school and never give up,” Carlson said.

As a finalist for the NMSP, Carlson is eligible for several scholarships that he is currently waiting to hear back from.

As a student at Sharyland High School, Carlson has been part of the band program, done volunteer work through the organization Operation Smile and was a member of the Asian Culture Club.

He’s also taken several AP classes to earn college credit, he said, adding that it prepared him for the expected college workload.

“Some of these organizations are very interesting and fun, you forge connections there with new friends who help you in high school,” Carlson said. “I’ll miss being able to talk to classmates every day, spending time with friends.”

As part of the schools honor band program, Carlson said he is disappointed that the abrupt closure of school districts across the state led to the cancellation of the program’s annual UIL spring competition which he had been practicing hard at.

“This school year isn’t the same without being able to participate in that,” he said.

Carlson credits his classmates and friends for motivating him to excel academically.

“They’re in similar programs as me and I’m surrounded by them and I feel that they are so smart that it works as a personal motivation for me to want to experience things and excel in them,” Carlson said.