A Palmview man was arrested last week after a year on the run from police for his involvement in a 2019 assault that occurred at his home.

Rodrigo Serna was arrested Thursday, June 11 after a shooting incident that occurred May 2019 that left a Peñitas man unconscious and bleeding heavily. 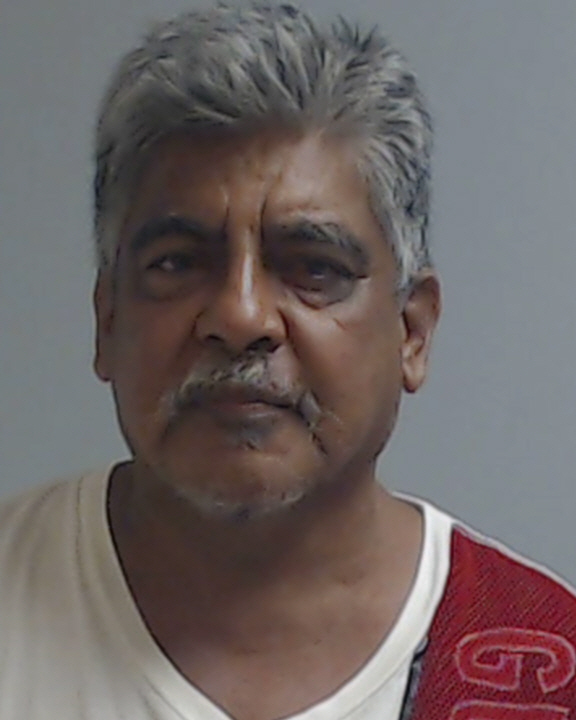 A third individual, identified as Rodrigo’s son Ricardo Serna in the criminal complaint, was arrested after that shooting and listed as a subject who lived at the residence.

According to Palmview police Chief Gilbert Zamora, Rodrigo fled to Mexico shortly after his son was arrested and was arrested last week after crossing into the country from the Brownsville Port of entry where he was identified.

The shooting incident occurred May 6, 2019 when Palmview police officers responded to a burglary attempt and shooting at a home on the 1000 block of Ricardo Avenue and found a man, identified as Emmanuel Veliz, on the floor of the living room and “bleeding heavily.”

The criminal complaint says that Ricardo had been hit by an AK-47 and blacked out while Rodrigo stated to police that he believed Emmanuel was attempting to steal the rifle and that he had met Emmanuel several days before the shooting.

“Something had gone missing from his house. Ricardo called Emmanuel and told him to return what he took,” the complaint stated.

Investigators found inconsistencies in the stories, the complaint states.

Emmanuel regained consciousness the following day and said he was attacked by both men in a video statement.

“Emmanuel states that he went to Ricardo’s residence to ask for money that he owed him,” the complaint states, noting that Emmanuel’s brother, Leonardo, was with him. “Leonardo left because Ricardo was acting paranoid…but Emmanuel told Ricardo that he was going back because he did not ask him for his money.”

When Emmanuel knocked on the door, Ricardo answered the door and pointed the rifle at Emmanuel, inviting him in.

“While inside, Ricardo hits Emmanuel with a piece of wood on the head,” according to the criminal complaint. “Emmanuel states that Ricardo then starts hitting him and a struggle ensues.”

In the struggle, Emmanuel was hit with a beer bottle and Ricardo and Rodrigo attempted to take Emmanuel’s shoes and ask him if he was a Sureño gang member, whose members are loosely affiliated with the Mexican mafia.

“Ricardo then shoots Emmanuel with the AK47 in the leg,” the complaint states. “Ricardo then tells Emmanuel…he is going to kill him because he has already seen him and can identify Ricardo.”

Emmanuel was shot two more times in the leg and Ricardo told Rodrigo they can tell police that Emmanuel was there to steal from them and they shot him in self-defense, according to the complaint.

Ricardo was arrested May 8, 2019 and arraigned on one count of criminal attempted murder and a count of aggravated assault with a deadly weapon by Precinct 3 Place 2 Justice of the Peace Juan “J.J.” Peña and issued a $100,000 cash bond, according to court records.

Records indicate he had a pre-trial hearing scheduled for last month but there is no indication if the hearing occurred.

Rodrigo was issued a $500,000 cash surety bond by the Palmview Municipal Court and remains in jail.