With the state of Texas reporting its highest number of COVID-19 cases and hospitalizations, all four county judges addressed the local spike in cases last week. 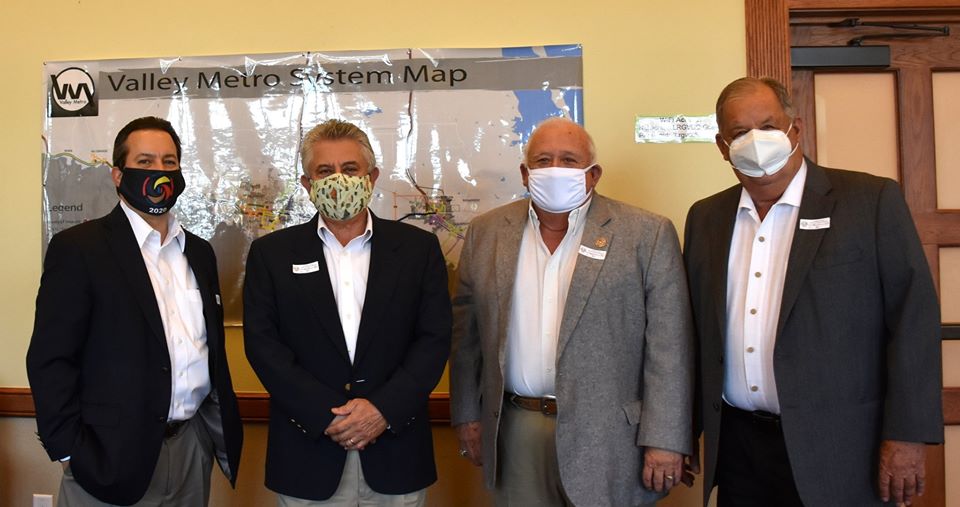 “We’re concerned over the rise of infections in the RGV,” Judge Cortez said, noting that the county was already expecting an increase of new cases due to more testing and state Gov. Greg Abbott’s executive order to reopen the economy by loosening up local restrictions.

“What concerns us now is how the community is responding,” Cortez said. “We are here to tell you this virus is not gone. The threat of infection continues and remains.”

Cortez noted that the number of people hospitalized in his county with COVID-19 complications has tripled in the last two weeks with the most affected of those whose ages range from their 50s to 70s.

Since the Thursday press conference, the amount of known cases in the Valley has increased to 1,347 with 733 of those cases reported as active and 84 of those people hospitalized as of press time Thursday afternoon.

“The increase in numbers of those being hospitalized also suggests the dangerous nature of this disease has not lessened,” Cortez said. “The news is not all that bad. Among similar-sized counties, Hidalgo County continues to have one of the lowest rates of infections. We know what works, shelter at home, avoiding mass gatherings, facial coverings, physical distancing, avoiding travel when possible and practicing good hygiene. You don’t need us to tell you what to do, we all know what to do. You simply need to engage in the practices we know work”

These are practices that all county judges urged every single resident in the four counties to continue doing.

“People are talking about a second wave coming in the fall. There’s an assumption there that we passed the first wave; we’re still in it,” county Judge Treviño, Jr. said. “This has never stopped. It’s slowed down, the requirements we implemented in the beginning did its job and unfortunately, the reopening of the economy-which is necessary, have affected that. More safeguards could’ve been put in place.”

Cameron County has been hit hardest by the COVID-19 pandemic with a total of 1,301 cases and 47 deaths as of press time Thursday afternoon.

“We have had almost 700 cases marked as cleared and recovered, but I know [47] individuals have lost their lives because of the virus,” Treviño, Jr. said. “It’s of no comfort to me, each of those individuals had family and to know that this virus has extinguished their lives is very personal to me.”

He joined county Judge Cortez in urging the public to continue to take safety precautions during the pandemic.

“I know everybody misses their family and friends and doing all the stuff we’re used to doing, but we’re putting each of us in danger,” Judge Treviño, Jr. said. “The clusters we are seeing are family members giving it to one another and the nuance of this virus is you can be asymptomatic. You can feel absolutely fine and be OK but be a carrier. We’ve seen videos on social media of individuals out and about at the beach, restaurants, nightclubs and bars. If you knew someone had this and were careless with their actions, I don’t think you’d appreciate being exposed to it.”

On Wednesday, Cortez and Treviño, Jr. signed executive orders for all businesses in their counties to require customers wear facial coverings.

The judges agreed that the amount of cases was low when the county had several restrictions in place such as enforcing a curfew, shelter in place order and the usage of face coverings.

“For a good while we held our number down and went 18 days without a single new case to report,” county judge Vera said on the day of the press conference. “Today at noon I got a report that just today, we had eight new cases. We’ve had one death so far, that’s still one death too many.”

Since the joint press conference, the number of total cases in Starr County increased to 220 as of press time Thursday afternoon.

“We had it well under control passing restrictions and orders, but as soon as the governor opened it up-and certainly the economic side had to be opened but I felt it was too quick and too much all at once-our citizens got the impression that everything was fine,” Judge Vera said. “They got a false sense of security thinking they can now go to the beach, movies, restaurants, do whatever I was doing before. That’s not so.”

Vera encouraged residents to continue staying at home even with restaurants, bars, gyms and more reopening.

“Just because the governor increased restaurant capacity to 75%, it doesn’t mean you have to go, be concerned about your families,” Vera said. “We’ve had babies hospitalized, but those babies aren’t the ones going to parties. It’s people going out and coming home and getting them infected. Think about your family, they’re the ones placed in danger. I wholeheartedly agree with the judges, social distancing, staying home, all these things have worked. We need to go back to that.”

In Willacy County, 71 people have tested positive with three deaths in the county as of press time Thursday afternoon.

Willacy County Judge Guerra said his county has experienced an outbreak at the county jail and urged the community to keep finding ways to slow the spread of the disease.

“The control is now with the community. You have your own situation, you make your own decisions but they affect others,” Judge Guerra said. “There’s somewhat of a change for the worst that could be coming, be extra careful and continue to do as before what was asked of you by the county.”

Judge Treviño Jr. noted that so much remains unknown about the virus and its long-term effect on people who have had it.

“We don’t know what impact this virus will have long term on anybody. The safest route to take is to not get sick in the first place, and you do that by assuming you’ve got it, and everyone else has it. You do that by utilizing face coverings, keeping your distance,” Treviño Jr. said. “Remember that fallacy we were told that when it warms up this virus would go away? Well, here we are in June with temperatures in the 90s and this virus is in full force.”