The La Joya Police Department is without a police chief after city council members voted to fire him.

The firing came during a special meeting last week where commissioners voted 3-2 to fire police Chief Adolfo Arriaga. Council members Maria Salinas and Reynaldo Acosta were the dissenting votes and they, along with Mayor Isidro Casanova, directed all questions to city Attorney Roberto Jackson Jr. 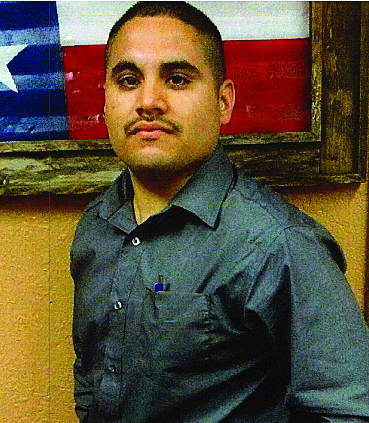 “There’s certain standards we have here; we felt he wasn’t living up to those,” Jackson Jr. said. “There wasn’t one specific incident, just a plethora of incidents that accumulated to this and we felt it was in the city’s best interest to move on.”

The firing was effective immediately following the Friday, June 26 meeting. Jackson Jr. wouldn’t comment on what incidents led to Arriaga’s firing but said he’d be open to speak about them in the future.

“Should [Arriaga] decide to contest it in the form of litigation, we can spell it out for him but we’re just trying to move forward in a friendly way,” Jackson Jr. said. “If he wants to pursue his rights under the contract, then we have a right to defend ourselves. At that time we’ll be able to be more detailed with what’s going on.”

Jackson added that Arriaga would not be receiving a severance package.

Arriaga was hired by the city in January 2018 after serving as a policeman for less than five years. He was at the meeting and left after city commissioners spent about 40 minutes talking about his position in executive session.

“I honestly don’t know what will happen,” Arriaga said prior to the meeting.

Arriaga’s contract was renewed last October for two years at an annual salary of $60,000 with the condition that if he is terminated without “good cause,” La Joya must pay Arriaga an amount equal to the remainder of the two-year contract.

“They breached the contract,” Arriaga said after the meeting. “They didn’t give a reason for firing me. I will be moving forward with litigation.”

The renewal for Arriaga’s contract occurred toward the end of the November 2019 election season when his wife, Dalia, ran for city council in a slate alongside former La Joya Mayor Jose A. “Fito” Salinas. Their slate was defeated in a December 2019 runoff led by current La Joya Mayor Isidro Casanova.

Since that victory, relationships between him and the new administration have been tense, Arriaga said.

“I feel I am being targeted and that’s pretty much it,” Arriaga said. “When they won I congratulated them and told the mayor ‘I just want to work’ but they have a different idea and mindset. I guess they just didn’t want to because of my wife.”

Casanova did not respond to a request for comment.

City Administrator Jacqueline Bazan said that the city won’t be giving Arriaga his severance package due to that same condition.

“Due to the issues that led to us letting him go which I am not at liberty to discuss, there are no worries concerning that,” Bazan said.

In documents provided by Arriaga, the former police chief received two written reprimands April 22, one for mismanaging the budget after allowing officers to work overtime for three consecutive payroll periods. The other reprimand was after Arriaga conducted a drive-by parade with the police department without permission from the city despite being ordered to self-quarantine at home after an immediate family member was quarantined and awaiting results of a COVID-19 test.

Arriaga contested both reprimands, he said.

“I was accused of not practicing social distancing during the parade when I have video and photos of all my guys in masks and standing six feet apart from each other,” Arriaga said of the parade.

In response to his reprimand on the mismanagement of overtime for his employees, Arriaga said he had permission to allow his officers to work overtime.

“I was told to work 25 hours per week which would total 50 hours per bi-weekly (sic),” Arriaga responded in his employee disciplinary form dated April 22, “It would not be possible to be working 12 hour shifts and or the officers being compensative.”

No deadline has been set to replace Arriaga’s position, Bazan said. Shortly after the Friday meeting, the city appointed its emergency management coordinator Ramon Gonzalez to serve as interim police chief.

Gonzalez was the city’s police chief before being fired in December 2017, the month before Arriaga was hired.

Gonzalez did not respond to requests for comment as of press time.

“He knows his community and staff well and brings a lot of experience to the table,” Bazan said of Gonzalez’s appointment. “He’s been with us for the last several months during the pandemic and he and fire Chief Frank Salinas have done an incredible job protecting the community from this virus.”

The city will advertise the position to find their new chief, Bazan said.

“It’s until city commissioners decide what they want to do next and they did not give a deadline to fill this position,” Bazan said. “We want to do a thorough search to get the best person for this job.”