To assist the workload of their municipal judge, the city of La Joya turned to a familiar name in western Hidalgo County.

During a special meeting last week, La Joya city council members approved the appointment of Victoria Flores who will serve the city as its alternate municipal judge. 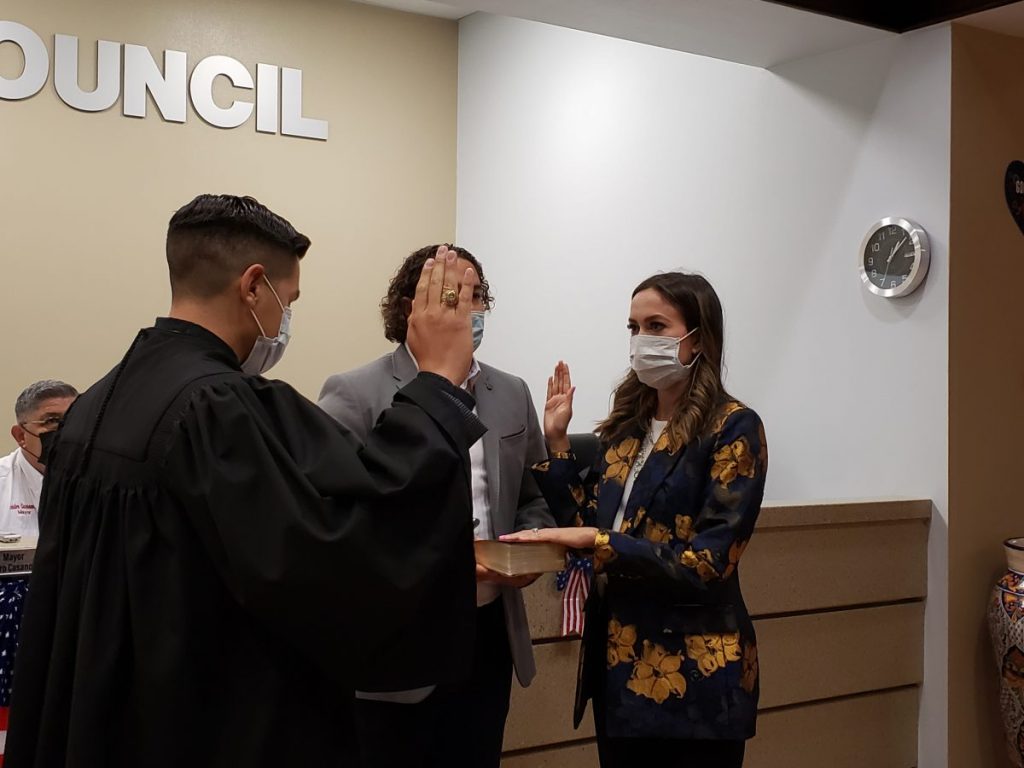 “She is also an attorney and will bring experience here,” La Joya Mayor Isidro Casanova said. “She’s currently the prosecuting attorney to the city of Palmview and married to Eric Flores who is the city attorney for Palmview. She’s very well qualified, her family is from here and have served Peñitas and the school board. She will be a great asset and we are looking forward to working with her.”

Victoria and Eric make up The Law Offices of V&E, PLLC which represent the La Joya Independent school district. Eric is the son of former state Rep. Ismael “Kino” Flores Sr and also serves as the alternate municipal judge for the city of Alton. He and Victoria have both been practicing law since graduating from the Thurgood Marshall School of Law in 2017.

“I offered my services because I know the way the system works and being a lawyer, I think I can add great value to the city of La Joya and offer my service to the judge who is already here and council members,” Victoria said. “My family is from Peñitas so I have roots here.

I’m excited and glad the mayor and all the council members gave me this opportunity. I will be hard working and most importantly, honest in helping the administration lead the citizens of La Joya in the right direction.”

Victoria will serve the city on a volunteer basis. She regularly attended La Joya High School football games as a child despite being part of the Sharyland school district because so many other family members served the La Joya school district.

“This place means a lot to me not just because my dad’s from here,” Victoria said. “I feel like we’ve come full circle by serving the residents who are here. Every time I drive by it warms my heart because it reminds me of when I was a kid. It’s nice to give back and be a judge and serve La Joya and be a bridge to better serve the community in an effective way.”

Her husband swore in Victoria as municipal judge during the Friday, June 26 meeting.

“She’s giving the city of La Joya’s judicial system a solid foundation,” Eric said. “Having an attorney who predominantly practices criminal defense is a great start for them just like the procedures we have in Alton. It makes things a lot smoother and it’s an asset to our city.”