Tension crackles beneath the surface of the show’s world, set in Ohio in the 1990’s. As each of the eight episodes pass, tensions rise, culminating in an eruption that takes each character by storm. 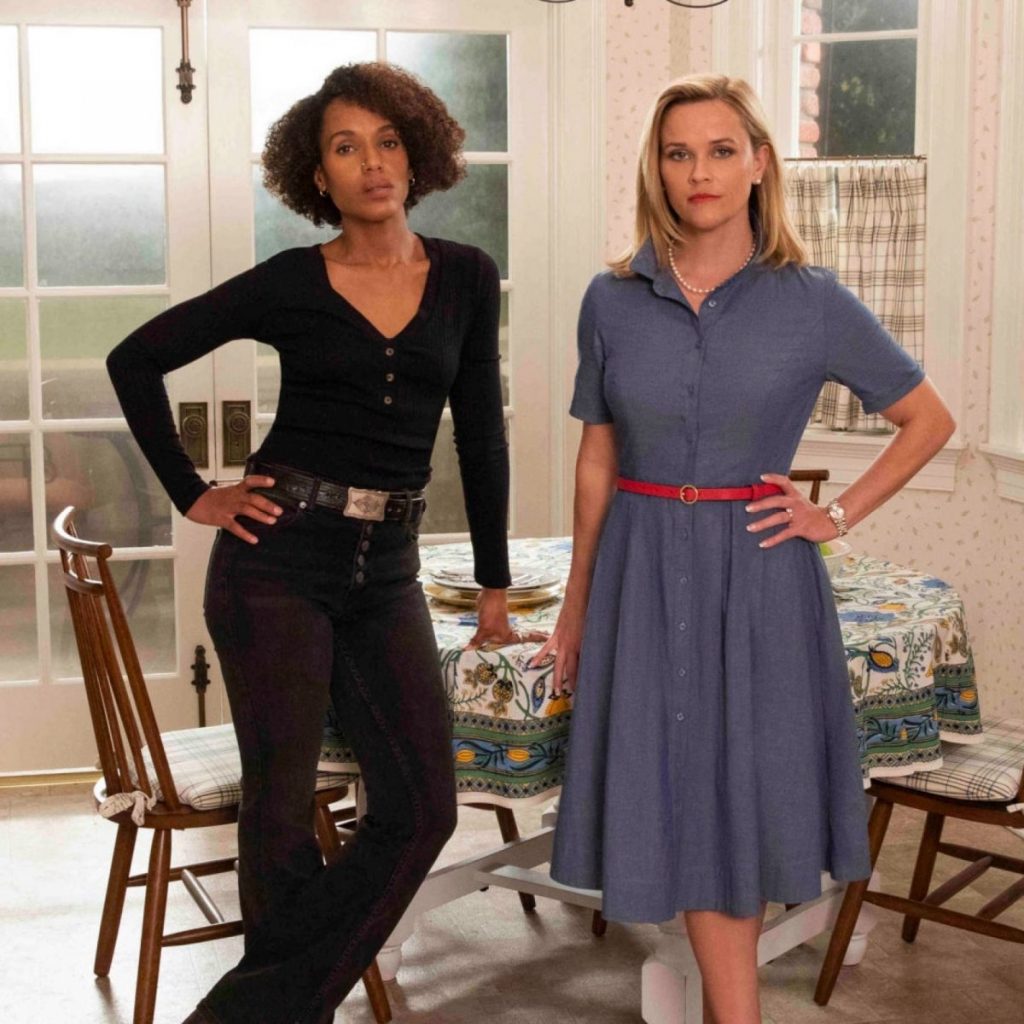 The series stars powerhouse actresses Kerry Washington and Reese Witherspoon, who navigate their conversations with clear intent and guard their secrets fiercely, as only mothers can. Both wield their well-written dialogue the way only they can – as actualized characters who leap off the screen.

I went into this show blind, having only seen part of a trailer. Despite being set in the late 90’s, in a country void of any of the major technological advances widely available to the average person now, Little Fires Everywhere resonates still, to this day.

With protests happening across the nation, it is clear that tensions over racial inequality and personal identity are still being challenged – by the system, by fellow citizens. Little Fires Everywhere explores how everyone’s perspective is unique – and everyone has their own subtle interpretations of events.

The miniseries centers around two families, both who deal with their own issues and struggles, though very different in nature and socioeconomic status. Led by Witherspoon, the Richardsons meet the mother-daughter duo of Mia and Pearl Warren when the pair move into and rent their family’s property.

As Pearl, played in a standout performance by Lexi Underwood, befriends the four Richardson children, and Mia worries for her safety, a spark is lit. Events unfurl slowly, and because the show is told in a nonlinear fashion, secrets are unfurled scene by scene, moment by moment.

While watching, the suspense becomes palpable. I found myself ready for the next episode, needing to find out what would happen next.

The story of making Little Fires Everywhere is interesting in itself. The series was based on a novel by Celeste Ng, who was working on the book in 2017.

Witherspoon, along with producer Lauren Neustadter, discovered Ng and Little Fires Everywhere before it was even published. Witherspoon put the published novel in her book club later that year once it was printed, and approached Kerry Washington with the intent to make it a series.

Several production companies, including those run by Washington and Witherspoon, developed the project. Hulu ordered eight episodes, and began production in May of 2019.

Led by produced and directed mostly by women, Little Fires Everywhere is a testament to how secrets can weigh on a person, how motherhood has the power to change one’s perspective, how identity is defined. It has the ability to start conversations and redefine ideologies.

With stellar performances from the entire cast, top notch writing and dynamic direction, Little Fires Everywhere is great television – the kind you can let take its time and settle, or binge if you just can’t wait for the conclusion.