Before the pandemic, the La Joya Area Federal Credit Union was planning a celebration for Daniel Zamora.

Zamora, a founding member of the credit union, passed away on Monday, June 6, 2020. He left behind a legacy, and several members of the business recalled his passion for service in the community. 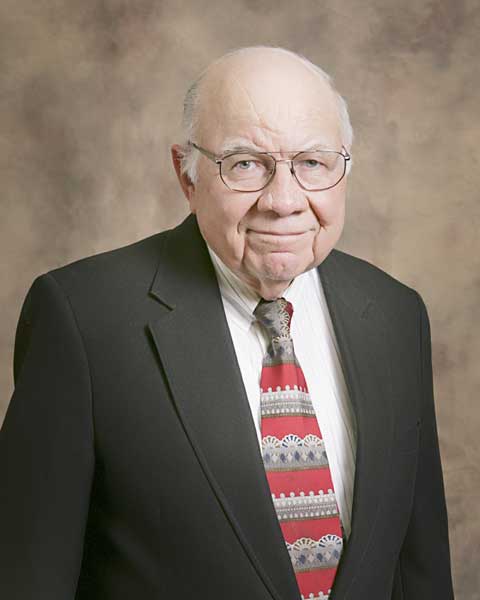 According to the credit union, Zamora’s vision 50 years ago, along with 14 other individuals, “has evolved from servicing not only the teachers of La Joya ISD, but now servicing nearly 16,000 members throughout Hidalgo County.”

Zamora was a veteran of the United States military, and worked for the La Joya Independent School District as an economics teacher, counselor and principal. Zamora was also deeply-rooted in his faith, and served as a Deacon. He was a proud member of the Knights of Columbus.

Zamora, a Peñitas native, had a passion to serve. Zamora saw a need to help out new teachers coming into the school district who were struggling financially, and when the LJAFCU was getting started, Zamora was often seen carrying a briefcase filled with information so other employees could join.

The credit union said the first deposit he took back then was $68, and that $68 has now turned into close to $50 million in total assets today. As the Founder and Chief Executive Officer of the LJAFCU, “his keen eye for financials kept the bank afloat during tough financial times,” and he led well as a board director because of his compassion for others.

“When I was elected as a Board member 9 years ago, Mr. Zamora advised me to always lead with the members’ needs in mind,” Belinda R. Garcia, Chairwoman of the Board of Directors, said. “As a chairwoman of the BOD for a combined seven years, I took that advice to heart and remembered his words when tough decisions had to be made.

Garcia said that Zamora advised her that because she was elected by the people, she has a duty to do right by them.

“That’s a philosophy I intend to keep with our members,” Garcia said.

Mr. Zamora was known to give out great financial advice, and truly cared about the members, and especially the staff at the LJAFCU.

“Our staff was devastated to learn of his passing,” CEO Johnn V. Alaniz said. “He always treated all of us as if we were part of his family. He will unequivocally be missed. There will never be another Mr. Zamora, but there will always be a ‘Mr. Daniel Zamora legacy’ that will certainly guide our LJAFCU into our financial future.”

The LJAFCU Board of Directors changed the name of the board room to the “Mr. Daniel Zamora Board Room” when he resigned from the BOD a few years ago due to his health. His picture still hangs today at the head of the Board Room table, as a tribute to his leadership.

In a message on Facebook, the LJAFCU sent their thoughts and condolences to the family of Zamora, and to all those who knew him. Funeral arrangements are under the care of Casa funeraria Del Angel in McAllen.