The Mission Fire Department laid to rest one of their own Wednesday.

Michael Saldaña, 40, died of cardiac arrest Wednesday, July 8 after serving the community for over 10 years. 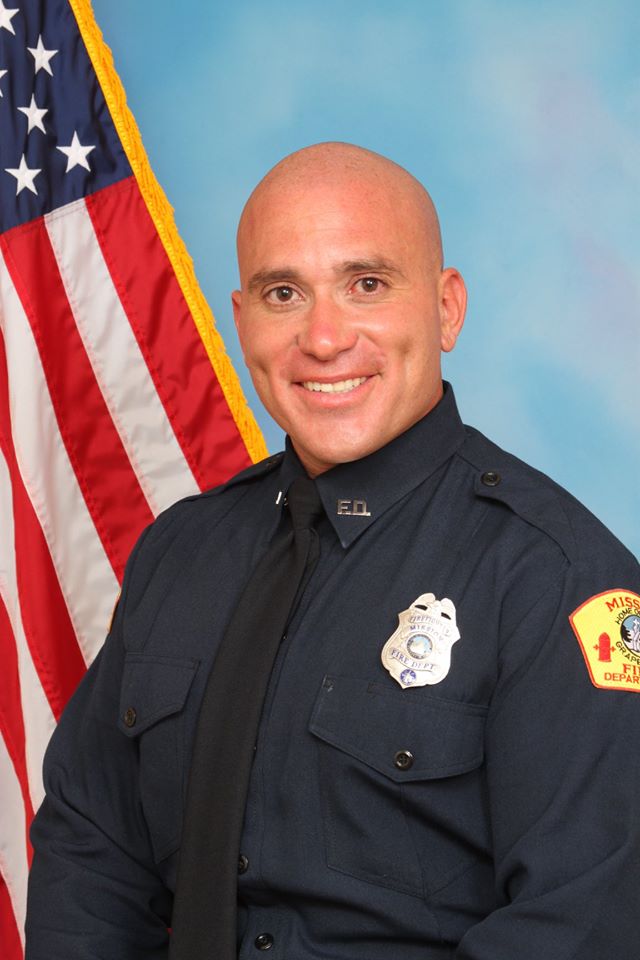 He leaves behind his parents, Enrique J. and Sara Saldana, his sister, Danielle Marie Saldana, his beloved partner, Adriana Salinas, his grandparents, J.M and Josefa Castellano, and his fellow brothers and sisters at the Mission Fire Department.

“He was a well-liked individual within the department and really dedicated,” Mission Fire Chief Gilbert Sanchez said. “I always spoke to him about promoting him to an engineer or higher ranking, but he always advised me that he wanted to be behind the nozzle. His passion was serving in that capacity.”

Saldaña began his career as a Mission firefighter in May 2011 as a volunteer before attending the RGV Regional Fire Academy Post #36 and became a certified firefighter, Sanchez said.

He was also part of the fire department’s honor guard and special operations team, Sanchez said.

“He will be greatly missed, this is a great loss to our department,” the fire chief added.

“He was a valiant veteran of the department for 9 years and this is a deep loss for our community. Our thoughts and prayers are with the women and men of the fire department who lost a beloved team member,” Perez said.

Viewing for our Mission firefighter, Saldaña was held at the Ric Brown Funeral Home before he was laid to rest Wednesday with a mass at Our Lady of Guadalupe Catholic Church. His burial was held at Valley Memorial Gardens.

Since Saldaña’s death, the fire department has seen a surge of support for the Mission Fire Department on social media, something that Sanchez said he wasn’t surprised by.

“He was a well-liked individual not just with our fire department, he helped everyone out.” Sanchez said. “He was compassionate and a team player.”

Sanchez said he viewed Saldaña as a true friend, and will miss his laugh the most.

“It was so unique you could pinpoint him from a crowd just from hearing it,” Sanchez recalled. “He was passionate about what he did in his career. Our job is very serious, but he always knew how to break the tension and make everyone smile.”