Gabriel Salinas, 39, was found dead at a home in the 1400 block of Viejo Lane in Mission after police responded to a domestic disturbance call at his residence that turned into a standoff with police when gunfire was exchanged after he shot at Mission police officers who responded to the scene. 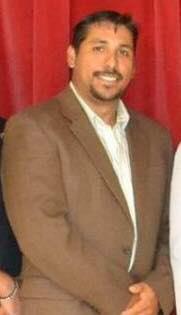 None of the officers were hurt, according to Mission police Investigator Art Flores.

Police responded to the scene shortly after 9 p.m. Thursday after Salinas’ unidentified girlfriend ran out of the home to a neighbor’s house with “lacerations” on her face and head.

“I guess it was a family disturbance, she ran next door to a neighbor who called 911 and after officers assisted her, they tried to make contact with Salinas,” Flores said Friday. “When police arrived a 4-year-old male child runs to police and gunfire was exchanged within the house, officers had to take cover.”

Salinas’ girlfriend remains in the ICU after undergoing surgery for her injuries and the child were transported to a local hospital with non-life threatening injuries. No other individuals were in the house, Flores said.

Mission police officers at the scene requested backup and the Texas Department of Public Safety, Hidalgo County Sheriff’s Office and the Mission SWAT Team were among the many agencies who responded, Flores said.

Police attempted to negotiate with Salinas through a cell phone delivered by a DPS robot to no avail, Flores added. Following a lack of communication, the sheriff’s department knocked down the front door of the house and sent in the robot who found Salinas’ body lying in the northwest bedroom, the investigator said.

As the case has been turned to the Texas Rangers, Flores could not confirm the cause of death for Salinas but said he believed it was from a gunshot wound.

Last September, Salinas was arrested by Mission police following a domestic disturbance where he was accused of assaulting his wife.

Salinas was originally charged with a Class A misdemeanor charge but had his charged reduced to a C misdemeanor, the equivalent of a traffic ticket.

Multiple agencies are responding to a domestic disturbance incident in Mission that has turned into an officer involved shooting Friday.

Officers responding to a domestic disturbance call on the 1400 block of Colossial Lane east of Bryan Road were shot at by the suspect, according to police.

“It’s an active scene right now, our guys are being shot at and the DPS helicopter is being shot at,” Mission Assistant police Chief Jody Tittle said. “The officers were taking shots and had to hunker down behind a vehicle, they may still be trapped.”

The neighborhood has been locked down and multiple agencies such as the Mission SWAT Team, the Texas Department of Public Safety and Hidalgo County Sheriff’s Office are assisting in the active shooter situation.

Two unidentified individuals, an adult woman and a male child, were taken to a local hospital with non life-threatening injuries, Tittle said.

“So far there’s no one who’s been hurt with gunshot wounds, their injuries stemmed from an assault,” Tittle said.

The people were transported to Mission Regional Medical Center and a triage center has been set at the scene, Mission Mayor Armando O’Caña said.