Ruben Eluterio Farias, or Coach Farias as many knew him, was not only born and raised in La Joya, but he spent most of his long career as a coach, teacher and administrator there. While he did leave La Joya briefly, it was only to serve his country at a time of war. He then returned to the then much smaller town that he had always called home, as soon as he could.

Such was his love for his hometown. It was where his family and friends were. Where he knew most everybody and most everybody knew him. He truly was a hometown boy that longed to give back to his community all that had been given to him, and more. And as we look back at his life and career here, it should be obvious to everyone that he succeeded in doing exactly that. 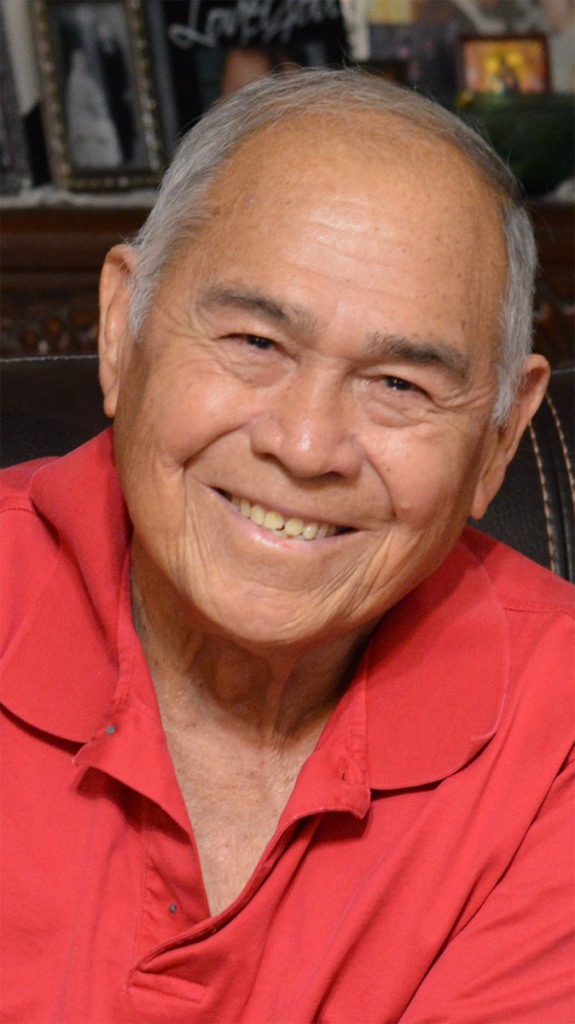 Sadly, Coach Farias passed away July, 18 at the age of 82 from a heart attack that was most likely brought on by COVID-19. And while his family, his friends, his former students and players and his entire hometown mourn his passing, everybody that knew him knew that he always lived life to the fullest. And according to his son, current La Joya Coyotes’ head football coach Reuben Farias, he was at peace knowing that his time on this Earth might soon end.

“I had a conversation with my dad several months ago,” the younger Farias said. “I asked him if he was ready to go when his time came, and he said he was. So while the fact that I could not be in the hospital with him when he passed was hard for me, I knew that he was going to a much better place. And knowing that he was a man of faith and that he had accepted Christ as his Savior, has given me a lot of comfort.”

The fact that their first names are spelled differently (Ruben/Reuben) means that the father and son coaching duo have never gone by senior and junior. That however never kept the son from doing all he could to follow in his father’s footsteps. And with them both having been head baseball coaches, head football coaches and athletic coordinators at La Joya High School, it’s safe to say that he’s doing a pretty good job of it.

Upon graduating from La Joya High School, the elder Farias received an athletic scholarship to attend Pan American College (now UTRGV) where he played baseball and ran track for the Broncs. Upon graduating from Pan Am, Farias began his coaching career in Zapata, Texas. However, his coaching and teaching career was interrupted when, as a member of the U.S. Army Reserves, he was called to service during the Berlin Crisis of 1961.

While his teams had varying levels of success throughout the years, one of the highlights of his coaching career was when he led the Coyotes’ basketball team to the regionals. There his boys fell short against the Yoakum Bulldogs. Even so, that was quite an accomplishment for a Valley team. As it turned out, that would be his final year as a coach.

“That same year, having already received his master’s degree, he was a teacher for half a day and then assistant principal for half a day,” Farias said. “At the end of that year, he was told he had to decide whether he wanted to be a coach or an administrator. That was when he decided to give up coaching and take on the assistant principal position at Nellie Schunior Junior High full time. He held that position for several years before becoming the principal at the same school until 1984 or 85. ”

Having already coached three different sports and having held two different administrative positions with the La Joya ISD, Farias was ready for a new challenge. And that was to come in the district’s transportation department.

While being a school board member is a highly respected position, it does not help pay the bills. That was why Farias decided to take on a teaching job at La Grulla Middle School.

“My father taught in La Grulla for another eight or 10 years,” Farias said. “Towards the end of that time, he started having health problems which were making it difficult for him to continue teaching. It was not so much that he was getting sick more, but he was having to attend more appointments. And not wanting anybody to think that he was getting special treatment, he decided to retire.”

Soon after that Farias’ health took a downturn; so much so that he was put on dialysis and he had a pacemaker installed. But having his career behind him and his health on the decline, was not the end of the world

“My dad was a great man, yet he was humble,” Farias said. “He was a man of faith and a pillar of the community. I know that as a coach, a lot of his ex-players looked up to him and some even considered him to be a father figure. All he did was try to serve the community as best he could.”

Looking back at all Coach Farias did for his hometown over his remarkable career as a coach, an educator, an administrator and a school board member, it’s safe to say that he served the community of La Joya extremely well.