Moviegoers spending a summer without theaters

For many people, the smell of buttered popcorn wafting through the air among the whispers of an audience waiting for the movie to start is one of the most exciting moments when watching something at the movie theater.

It’s an experience that many across the nation, however, have not experienced since the world was brought to a standstill due to the COVID-19 pandemic last spring. 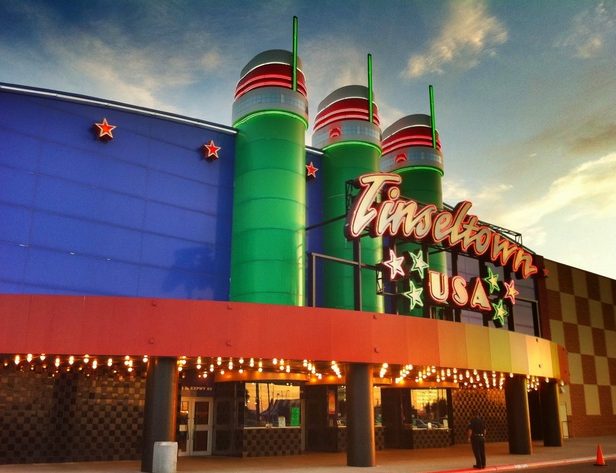 Movie theaters and other large venues were effectively shut down to mitigate the spread of the contagious disease by preventing large gatherings. The only theaters remaining open are drive-in theaters across the country and a handful of theaters in places where there aren’t high amount of COVID-19 cases.

“Before the pandemic, I would go once a week to the movies; sometimes alone or with friends or coworkers,” Edinburg resident Emily D’Gyves recalled. “I’m used to having this experience of buying your own space [movie seat], to buy a large popcorn, a large drink and seeing something you’ve never seen before created by someone with a particular vision and the experience of witnessing that world they carefully created and enjoying it and talking about it afterward.”

Since theaters closed, studios have delayed their releases such as highly anticipated blockbusters such as “Candyman,” “Black Widow,” “Tenet,” “F9” and more by as much as a year due to theaters not being able to show new releases.

Several movies such as “Mulan,” “Hamilton” and “Trolls World Tour” ended up ditching a theatrical release to be released on digital platforms.

“It’s completely uncharted territory,” Scott Mendelson, a box office analyst for Forbes Magazine said. “When this first started we all naively thought we’d stay home in lockdown for two months and the federal government would successfully do tracing and testing and we’d have this licked by June. Looking at the other countries recovering, that was not an unrealistic assumption. Obviously that’s not the case. That’s why movies like ‘Tenet’ aren’t opening in July. We’re not having a summer movie season.”

The summer movie season is the busiest movie going season of the year as millions of families buy movie tickets to catch the latest blockbusters and spend a few hours in an air-conditioned theater during the summer movie months.

“But there were no movies guaranteed from Disney to perform as well as their biggest 2019 earners,” Mendelson said. “So with the expected decrease in the box office this year, plus this pandemic, it’s the worst of both worlds. Even if theaters reopen in the last few months of the year, ticket sales will be behind a lot.”

AMC and Cinemark, the theater chains with multiple locations across the Valley, have delayed multiple plans to reopen their theaters. Both chains announced plans to reopen a limited number of theaters by late July, only to reschedule to later this month in a series of phased openings to slowly reopen theaters across the country.

As part of the reopening plans, theaters will sanitize all surfaces every half hour, clean all screenings rooms before and after a showing and make the usage of a face mask mandatory unless audiences are eating.

None of the theaters in the Valley, which has become a hotbed of the COVID-19 disease, are listed on the reopening schedule.*

The delay in reopening theaters is one Mendelson said was a wise move for movie theaters.

“Theaters should delay reopening as long as they can afford to which is a complicated phrase at this point of time but the longer they can wait, the better because theoretically more viable treatments will be available by then,” Mendelson said. “Everyone’s struggling and the ideal situation would be to wait until 2021 to reopen so all the films waiting to be released this year get released next year so when theaters do reopen and the big movies start playing, it’ll be safe for people to go out and buy popcorn and watch a movie.”

A big issue facing theaters, however, is how long they can afford to remain closed.

AMC announced prior to the pandemic they were facing bankruptcy and movie theaters make a huge portion of their profit from concessions, not ticket sales, Mendelson explained.

“It’s not so much a question of when people are going to go back to theaters, the question we should be asking is ‘When are people going to feel safe eating popcorn and watching a movie at the theater?’”  Mendelson said.

A recent poll on the Progress Times website asked readers if they felt safe going back to theaters. Out of the 92 polled responses, 72 votes, or 78 percent of the votes, voted no.

“It sucks,” she said. “I had a Facebook memory of seeing Spider-Man last year with friends and it brought back so many memories of seeing movies with people I care about. Movie theaters are forever tied with memories of experiences with people I care about, in this case me bonding with a friend. It’s special for me and I only find that feeling when I’m in the theater, and we’re not experiencing that.”

*Since the publication of this story, Cinemark listed Harlingen’s Cinemark 16 and XD theater will reopen Friday, Aug. 14.