A 1st Degree Felony Murder warrant has been issued for a 26-year-old suspect in a deadly Wednesday shooting and stabbing who may have fled to Mexico.

The Hidalgo County Sheriff’s Office is currently investigating the death of Alfredo Sandoval, 27, who was pronounced dead after he was transported to a local hospital after he was shot in the torso and stabbed in the stomach by Ricardo Tiscareno Hernandez, 26. 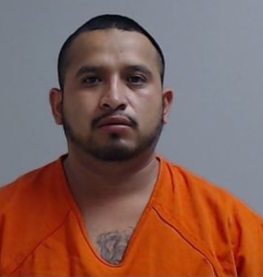 According to a Thursday media release, deputies with the Hidalgo County Sheriff’s Office responded to the 100 block of West Huisache Street in rural Sullivan City, Texas before 2:30 p.m. where they met with Sullivan City police officers who had located a truck with traces of dry blood on the interior of the vehicle and confirmed the victim, Alfredo Sandoval had been transported to the hospital.

“Through the course of the investigation, investigators learned the victim was involved in a physical altercation with the suspect which resulted in the victim being  shot in the torso and stabbed in the stomach,” the release stated. “The victim was later pronounced deceased at the hospital as a result of the injuries he sustained.”

Hernandez is believed to have fled into Mexico, according to the release. No motive was made available.

Deputies with the Hidalgo County Sheriff’s Office and officers with the Sullivan City Police Department are at the scene of  a shooting that left an unidentified man dead in rural Sullivan City.

“Deputies and Sullivan City PD responded to a disturbance located 100 blk of W Huisache St in rural Sullivan City. One adult male with a gunshot wound was transported to a local hospital and has been pronounced dead. Investigation is ongoing,” Hidalgo County Sheriff Eddie Guerra said in a tweet posted Wednesday afternoon.