Palmhurst police are seeking a 36-year-old man wanted on multiple warrants who fled the scene after he barricaded himself from police Thursday. 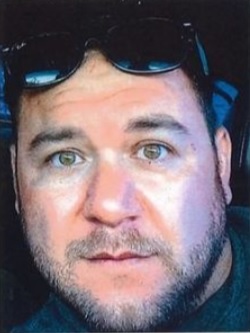 Jason Villarreal is wanted by police and has multiple active warrants and is considered armed and dangerous, a Saturday news release from the Palmhurst Police Department said.

Police responded to the scene of an armed subject who barricaded himself in a home Thursday with multiple family members inside.

“Suspect managed to flee on foot while officers were securing the family members, the release stated. “Efforts to immediately apprehend Mr. Villarreal were unsuccessful as he has been uncooperative and has yet to surrender.”

The warrants against Villarreal include aggravated assault with a deadly weapon, possession of a firearm by a felon and assault family violence.

Those with information on Villarreal’s whereabouts are urged to contact the Palmhurst Police Department at 956-519-3800.