Holly Cavazos spent the last two years aiming to meet a goal she initially thought of a decade ago.

Cavazos, a Mission resident, will be featured on the National Broadcasting Company (NBC) show “American Ninja Warrior” this Monday, Sept. 14, 2020 at 7 p.m. The competition series features athletes from across the country in a test of their strength and endurance, as they attempt an intricate obstacle course.

Holly Cavazos hangs strong as she takes on the American Ninja Warrior obstacle course. See her compete on Monday, Sept. 14, 2020 at 7 p.m. on NBC. Photo courtesy of NBC Universal.

Cavazos, originally from Houston, has lived in the Valley for the last 12 years. She moved here after finding a home in Mission and Palm Valley Church.

“I ended up meeting my husband here, we had our kids here and I ended up raising my family here,” Cavazos said. “This is home.”

Cavazos, a stay-at-home mother of three and self-described adrenaline junkie, said she has always loved high-intensity workouts. She and her husband have been fans of “American Ninja Warrior” for over ten years – when the seed of her determination was initially planted.

“It always interested me, but once I became a mom I never really thought about it for myself,” Cavazos said. “It was a dream come true.”

Cavazos saw Abel Gonzalez, an Edinburg native, competing on “American Ninja Warrior” two years ago. His example gave her the motivation to push forward with her own training.

“We thought it was super cool we had somebody local [compete],” Cavazos said. “And I saw that Abel had moved his gym to Mission.”

Cavazos was introduced to AXIOS Warrior Academy, run by Gonzalez, when she enrolled her sons in Ninja classes. After she had her daughter, and she herniated a disk in her back, Cavazos was looking for a place to strengthen her core and recuperate.

“I wasn’t able to keep up with any of the exercises that I would do prior [to the injury],” Cavazos said. “We were taking our boys there [AXIOS], and I saw he had an adult mobility class, and I thought I should try that to see if it would help strengthen my core and help my back.”

After a few weeks of training Gonzalez encouraged her to apply to be on “American Ninja Warrior,” and she did. Because Cavazos was still in the early stages of her regime, she didn’t receive a call back on her initial application.

“I gave myself one year,” Cavazos said. “I told myself I was going to do all that I could to make it happen. If it was meant to be it would happen, and if not that’s okay too.”

The next time applications were open, she would be ready. In the midst of the coronavirus pandemic, however, prospects were not as favorable.

“American Ninja Warrior” usually chooses 600 athletes to compete – but this year they decided to only accept 150 warriors. To her surprise, Cavazos got the call, and was named one of this year’s contestants.

“I was just in shock,” Cavazos said. I honestly wasn’t sure if there was going to be a Season 12.”

As part of her episode, a film crew from NBC Universal was sent down to feature her story and hometown. Cavazos said she was honored, humbled and happy to see Mission be shown off to the country. 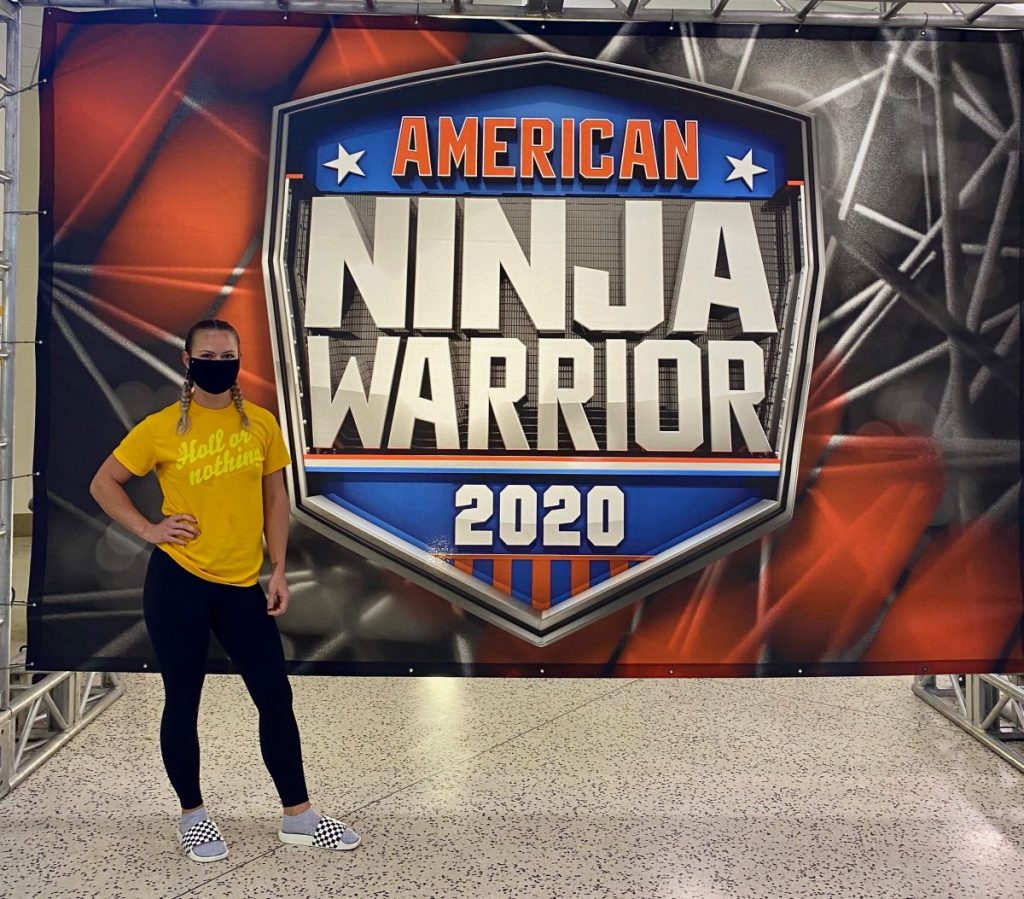 “I’m super proud of my city, I have had so much love and support I feel completely surrounded by because of the people in Mission,” Cavazos said. “I’m so excited that I get to represent. Hopefully this brings some encouragement and something positive into this year – I know it’s been hard on everybody here in the Valley.”

Cavazos said competing on “American Ninja Warrior” challenges all areas of physical fitness and health, as well as mental preparation.

Along with physical training, athletes also have to focus on their nutrition and be intentional with what they put into their body. Cavazos noted her coach trains them to build their mobility, which then applies to any obstacle they face.

“It carries over, when we are on an obstacle we know how to move our bodies and know what to do because we’ve practiced,” Cavazos said. “We do some strength training, it involves cardio and high-interval workouts. We do a lot of stretching and some yoga – we have to be really intentional with our recovery and make sure we’re resting enough.”

Cavazos credits her family, coaches, friends and peers for their never ending support and love throughout the process.

“My husband encourages me and supports me in all my adventures and dreams, I’m glad to have his help,” Cavazos said. “We have a lot of extended family and friends who have really helped me, whether it’s babysitting, meals, just being there for us and encouraging us.”

Following the episode release on Monday, Cavazos will be holding a Live Question and Answer session on her Instagram, and welcomes any viewers interested in learning more about her story and regime. To tune in, her Instagram handle is @ninja_hollycavazos.

“It’s not easy to share your story on national television, but my hope through all of this – yes I love training, I love Ninja – is being able to connect with somebody through my story,” Cavazos said. “Hopefully it somehow touches them, wherever they’re at.”