To better prepare his tenants for the upcoming school year, which involved students with the La Joya school district attending their classes online for the first few weeks of the semester, La Joya Housing Authority Executive Director Ruben Villarreal had plans to install a Wi-Fi unit to provide accessible internet to its low-income tenants.

“Having that digital gap reduced has to be a priority for housing authorities,” Villarreal said. “I don’t see that problem going away any time soon. We were looking at ways to fund the project and then the hurricane hit.” 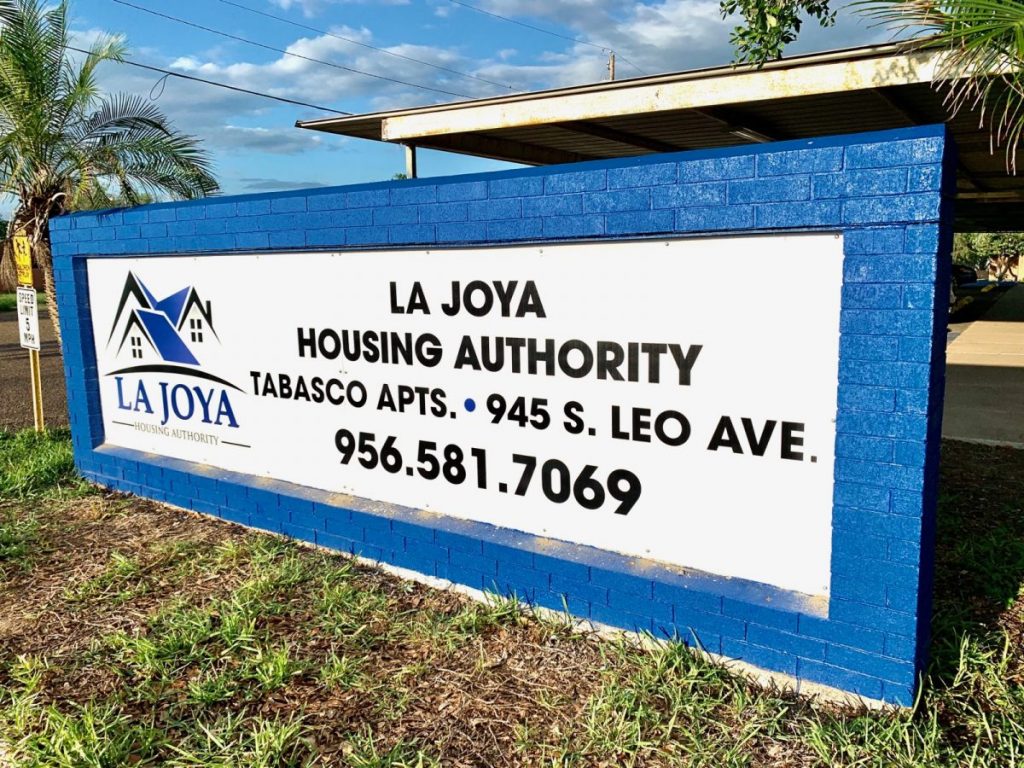 The housing authority, which has 50 units composed of 30 homes and 20 apartments, suffered significant damage during last July’s Hurricane Hanna.

“We got rocked hard,” Villarreal said of the hurricane. “90 percent of those units suffered damage and 75 percent of those homes had substantial damage from blown shingles, caved in ceilings and leaky roofs. Only five of our units were unscathed from the storm.”

Villarreal first discussed these damages during a press conference last week where U.S. Congressman Henry Cuellar announced the La Joya Housing Authority would receive more than $16,000 as the agency deals with serving its tenants during a pandemic.

“We were facing this uphill battle with COVID and we got hit with Hurricane Hanna,” Villarreal said. “We were social distancing and only had our office open Monday through Wednesday but now we’re open every day of the week because we’re facing a surge of requests for repairs and are dealing with that. Hurricane Hanna rocked us bad. It will be a silver lining to use this money as we recover.”

Four families had to be transferred to other units after their units were deemed unsafe to live, Villarreal said.

According to Villarreal, the maintenance team wears masks and other PPE to conduct the repairs to ensure limited contact with tenants.

The insurance carrier-Texas Municipal League-spent nearly a week in making the secondary assessment.

“I don’t have an estimate of how much the repairs will cost, but I’ve never seen damage like this and I have no word to describe it,” Villarreal said. “Recovery is going well. We’d get calls from our tenants asking ‘how soon can you get here’ and they were patient because they knew of all the issues we had and understood they were one of many tenants who needed repairs. Staff did amazing under the circumstances in the middle of a global pandemic.”

The housing authority has also seen an increase in the use of its services such as the food pantry housed in the administrative office. According to Villarreal, families from as far as Donna and Rio Grande City have been arriving to pick up fresh produce from the agency.

“We used to distribute 14 bags of produce per week, now we do that in two days,” Villarreal said. “We’re still going uphill, this is by no means done.”

The Mission Housing Authority also saw some slight damage as a result of Hurricane Hannah.

According to executive Director Jaime Acevedo, “minor” incidents involved a fallen tree and electrical pole on the property and water leakage from the agency’s administration building and the Mission Palm Plaza apartment complex that houses some of its tenants.

“Our property was in a high elevation so we weren’t flooded and the roof damage was determined to be pre-existing,” Acevedo said.

However, the housing authority has had issues with staff members becoming infected with the COVID-19 virus. According to Acevedo, at one point five of the authority’s 27 employees were at one point five employees tested positive for the virus and ordered to self-quarantine at home.

“It put a damper on our operations, we went through  a stretch of time where we had several employees out at the same time including our office manager,” Acevedo said, adding that one employee was currently in self-quarantine. “It was a challenge trying to stay on top of things but we had an obligation to stay open during this time for our tenants. It was hard because we have so many tenants and 11 of them have succumbed to COVID-19.”

Safety measures taken by the Mission Housing Authority include installing Plexiglas on all desks, regular disinfecting of every office and building and closing the front lobby of the administration building to the general public.

“It’s been keeping us busy, we’re doing different things to limit the amount of traffic inside of our administration office,” Acevedo said. “We’re buying a lot of PPE for our maintenance staff. They’re the ones having to go down for any service calls and have to go in and do repairs.”