After nearly a year since a pair of lawsuits were first filed against several people and companies responsible for the construction of a private border wall south of Mission, the case will finally go to trial next year after months of status hearings.

The lawsuits, filed last December, will head to trial September 7, 2021. 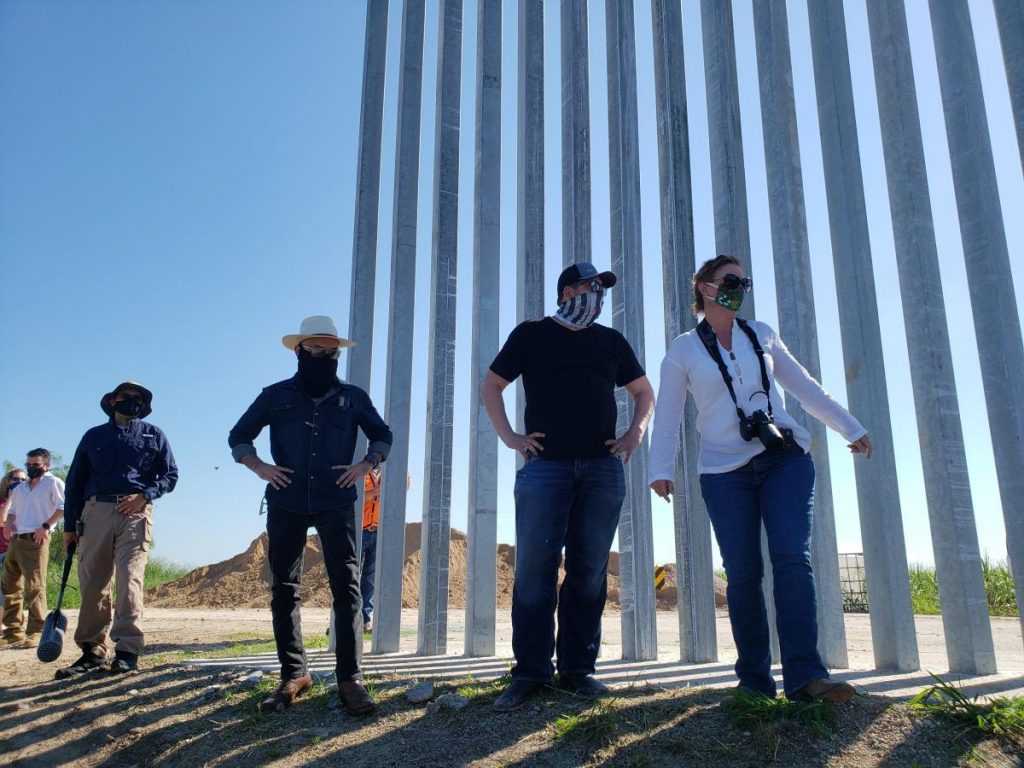 The trial date was set during a Thursday, Sept. 10 status hearing for the lawsuits against Tommy Fisher and his companies, Fisher Industries and TGR Construction, which built a $40 million, 3-mile long border wall along the riverbank of the Rio Grande River last year despite concerns from several groups that the wall could potentially alter the flow of the river.

The construction was met with the pair of lawsuits filed by the U.S. Attorney’s Office on behalf of the International Boundary and Water Commission, and by the National Butterfly Center and its executive director, Marianna Treviño-Wright.

The status hearing occurred the day after the butterfly center filed a 58-page report done by an engineer group following a tour of the border wall last month and an affidavit by a civil engineer arguing that the private wall has several flaws that will lead to its fall.

“Fisher Industries’ private bollard fence caused substantial new erosion and scour along three miles of the Rio Grande during a low flow event,” Mark Robert Tompkins said in his affidavit. “[The] fence will fail during extreme high flow events and further exacerbate damage at the failure sites and to adjacent lands, including the National Butterfly Center. Fisher Industries’ maintenance plan for their private bollard fence is not based on sound principles for effective bank stabilization and will not prevent future erosion and scour damage.”

Erosion along the riverbank supporting the wall has been visible for months now. During a tour of the property last month that found several erosion spots as long as 50 feet and as deep as 30 inches.

Fisher defended the erosion spots during the tour and argued that his plans of hydro seeding the area to create more vegetation to compact the dirt and stop the spread of erosion would be enough to prevent the wall from collapsing.

“You’re always going to have a minimal amount of erosion in every project you do no matter what,” Fisher argued. “That’s why they have erosion control models, planting and there’s all different things you can do. We feel comfortable that this will stand and as the government sees that, they will see where it makes sense to have border security,”

Since the tour in early August, “We Build the Wall,” a group that raised $25 million to build the private border wall appeared in the spotlight after its founder Brian Kolfage, group member Steve Bannon, the former adviser to President Donald Trump; and two others involved in the nonprofit, were indicted and accused of stealing from donors.

At the Thursday hearing, U.S. District Judge Randy Crane briefly discussed the possibility of separating the pair of lawsuits into separate trials.

“This case is a little bit different,” Crane said of the butterfly center lawsuit which was originally remanded from state court and also accuses the defendants of defamation. “The plaintiffs in this case participated in the walkthrough so it’s why I’ve been keeping the cases together but feel at this point cases need to go their own way. There’s jurisdictional issues to resolve and motions to dismiss but I haven’t done that. There’s value to the parties working together as the cases move forward.”

Crane added he might separate the cases after the Discovery portion of the trial set for next July.