It’s almost time, time for the Friday night lights to be turned back on in Richard Thompson Stadium. In a normal year, saying that there will be Rattlers’ and Diamondbacks’ football games being played on October and November Friday nights would be no big deal. But as we all know, 2020 has been anything but a normal year. And things that we all have taken for granted for so long, have suddenly been altered or taken away completely. And while fall prep sports in the Valley, and across most of the country, will look different in many ways this year, most of the games, matches and meets will go on.

While most Valley school districts had already decided whether or not to proceed with fall sports, the Sharyland ISD’s decision did not come until Monday of this week. That was when SISD athletic director Richard Thompson, Sharyland High and Pioneer High head football coaches and athletic coordinators Ron Adame and Tommy Lee and the two schools’ athletic trainers held a school board workshop in which they presented the COVID-19 protocols that they would implement if given the go-ahead to proceed with fall varsity sports. 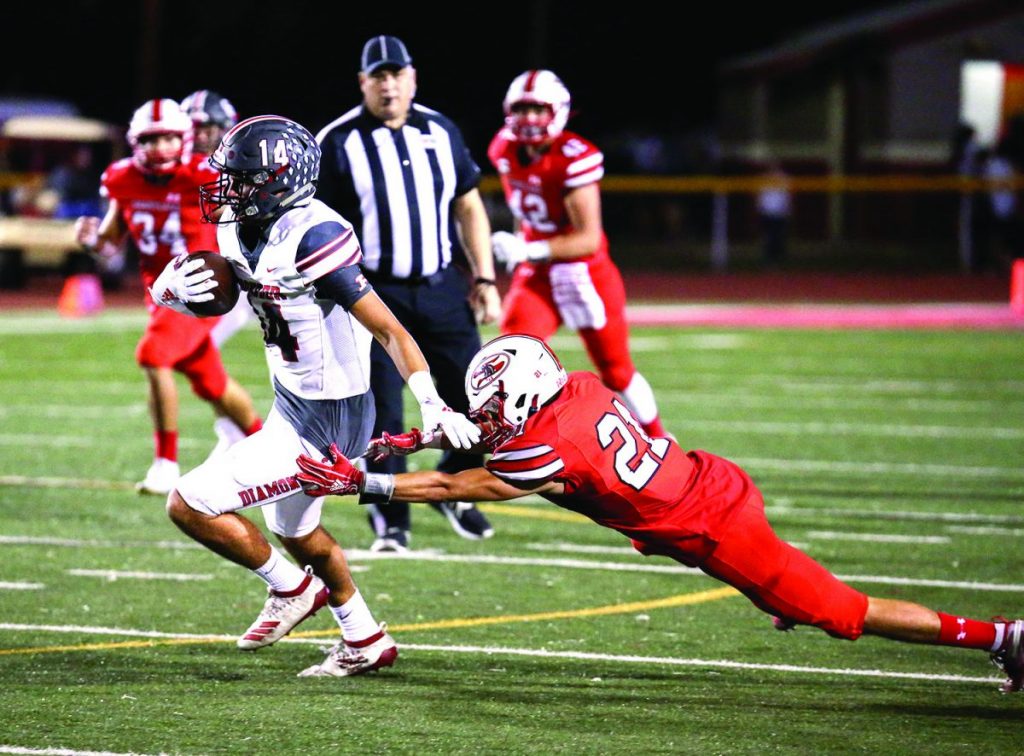 “Our plan took about an hour and 45 minutes to present,” Thompson said. “We went through everything from our protocols to the two major plans we put in place. And those major plans were the Sharyland ISD Athletic COVID-19 Guidelines and our Sharyland ISD COVID-19 Re-admittance and Return to Play Policy. And that is where we explained all of the safety procedures that we are going to follow each day if somebody is COVID-19 suspected or confirmed. It took a great deal of time to explain all that and at the end of our presentation the superintendent gave her blessing on starting practices this coming Monday.”

As Thompson went on to explain, the guidelines will include the wearing of face masks, the proper check-in procedures, sanitizing procedures, the maintaining of six foot social distancing and the washing of hands with soap and water for 20 seconds after being checked in.

The plan for the sidelines during football games is to set up chairs on the track and for each member of the team to be assigned a chair. Each chair will also have its own water bottle and towel as well as anything else the individual athlete may need. That way there will be no sharing of these items which could otherwise result in the spreading of the virus.

The varsity sports that will be starting up with on campus practices at both Sharyland high schools Monday will be football, volleyball, cross country, team tennis, golf and swimming.

“Our practices are going to be very different now,” Thompson said. “We’re not going to be in the team setting near as much as we have in the past. In other words, there are going to be individuals in small groups. And while we are going to have team sessions, they’re going to be limited more-so now than ever before. That is simply because if somebody is diagnosed, or is suspected of having the virus, then you don’t have to wipe out the whole team.”

“We mentioned this in the board meeting, that the parents have to be committed to what we’re doing as well,” Thompson said. “And that means what their child is doing when they’re not with us. So we’re going to be asking parents to please monitor their kids concerning what they’re doing after practice and where they’re going to go. Are they going to go home or are they going to go out to socialize? We’re discouraging any socializing with other groups or kids.”

“We don’t have any control over that,” Thompson added. “But the parents do have control. So we’re asking that during their seasons, whether they be football, volleyball, cross country, team tennis, golf or swimming, that they monitor their children and they make sure they stay home. And when their kids do have to go out, they make sure that they wear their masks and maintain six foot social distancing.”

Speaking of parents, whether or not the athletes’ parents and other spectators will be allowed to watch these games, matches and meets in person is still in the works.

“That information has not yet been released but we will not have preseason ticket sales to the general public like we have in the past,” Thompson said. “Our first objective is to get the parents into the games for sure. And that’s where we’re at right now. And that decision will hopefully be decided by the end of this week.”

It’s easy to see that it took a lot of work to come up with all these protocols and procedures. It would’ve been much easier for Sharyland ISD to do what La Joya ISD did and simply cancel all fall sports. When asked why he, his coaches and trainers went to all this trouble, Thompson said, “Our main objective is to keep our students and our staff safe. And that’s the reason so much time has been spent on every detail to try to make this happen. I personally don’t want to have to go through another season like we went through March 13 through the end of the school year. To have our seniors not be able to complete their year was extremely disappointing, not just for me but for mainly those seniors. So my objective is that I want these seniors to have their senior year. And we’re willing to do whatever it takes. My heart goes out to the seniors. I want them to have their senior year.”