Sonny Detmer, the winningest coach in the history of Mission High School football passed away after a brief illness this past Tuesday in Somerset, Texas. He was 76. Detmer was currently serving as the head coach at Somerset High School.

Detmer came to Mission High prior to the 1989 season and continued the pass-first philosophy of offense started a few years earlier by David Lee and his successor, Rusty Dowling. From 1989 to 1997 Detmer compiled a 68-31 record along with six playoff appearances. His nine years at the helm ties him with Lum Wright as the two longest tenured head football coaches in the history of Mission High. He amassed over 200 victories in his 35 year career. His son, Koy, is the current head football coach for the Eagles. 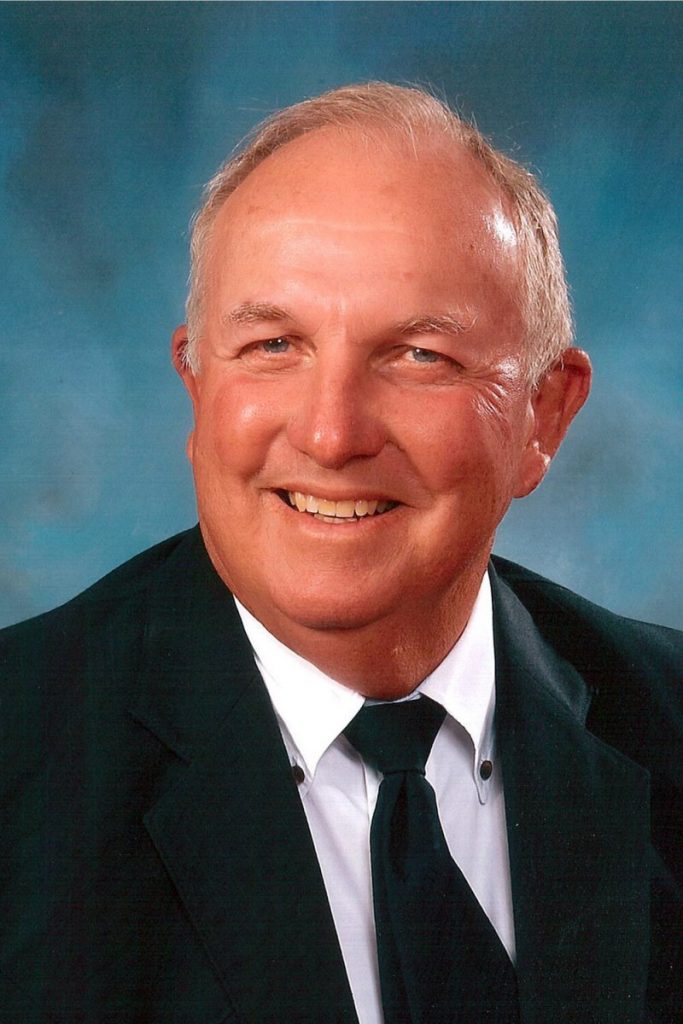 Having coached with Detmer myself for four years, I soon learned that he coached with a style that didn’t fit the mold of what most people expect from a football coach. He was soft spoken, coached games from the press box and didn’t have a playbook. His ability to “see” a play unfold was something I had never experienced before. I remember him opening a game one Friday night by calling the same play three straight times, confident that the defense was going to bite by covering one of the shorter passing  routes at the expense of leaving a deeper option open. They didn’t bite on first down. They didn’t bite on second down either. I could sense the other coaches in the press box (myself included) getting a bit impatient when he called the same play again on third down. What happened? The defense finally bit on the short route and the Eagles had a touchdown.

Whether that was a bit of football genius or just plain patience it was all Sonny Detmer. In my time coaching with him I never saw him get too high or too low, staying consistent each year as different players came and went. That was probably a good thing considering that under both Lee and Dowling the Eagles’ program had been reinvigorated and the community’s expectations were what you would expect from a school district with only one high school; one that had brought the world Tom Landry as well.

Ciro Ochoa Jr., a member of the Mission CISD school board at the time of Detmer’s hiring said he was impressed with Detmer before he ever talked to him. It was Detmer’s wife Betty who answered the phone when Ochoa called one night. She informed him that Sonny was coaching a freshmen basketball game but would call him when he got home. “Right there, the first thing that came to my mind”, said Ochoa, “is we have a head coach of a football team in a district coaching (a) freshmen basketball team; that guy has no ego and I think he would be a good fit for Mission.” The committee that recommended Detmer for the job agreed.

Ochoa recalled that Detmer didn’t fill out his coaching record on his application when it asked for how many games he had won.  “I think he wrote down, “The only one that matters is the next one,” said Ochoa. “That really impressed us. He wasn’t worried about what he had done; he was worried about what he was going to do.”

With over ten years’ experience as a head coach before coming to Mission, Detmer didn’t waver during a less than ideal first season although he did keep the Eagles in mathematical contention for a playoff spot going into the last game of the season.

What came next was historic. The Eagles lost only one regular season game in the 1990 campaign, a 50-49 thriller against Alice. The team got a re-match in the playoffs and eliminated the Coyotes before eventually bowing out to Houston Aldine in the Class 5A semi-finals at the Houston Astrodome. The Eagles finished with a 12-2 record that year and went 11-1 in 1991.

But football knowledge and winning records only tell a part of the story about Sonny Detmer.

Ben Gonzales was a member of the 1990 squad and shared a few of his memories of what it was like to play for Detmer.

“He was a player’s coach,” said Gonzales. “He was always laughing and everything. He was just a great guy; he was just like another father figure to us.”

Ochoa recalled that side of Detmer as well. “He had a great sense of humor,” said Ochoa. “I’ll never forget his laughter; he had a tremendous laugh.”

Gonzales, who is currently the head baseball coach for Mission Veterans Memorial and serves as the football team’s receivers coach and passing game coordinator got his own coaching career started under Detmer and remembered that he was wonderful to work for. “It was a great opportunity that I received from him to get my career started.”

Current Mission veterans Head football coach David Gilpin got his coaching career started under Detmer as well. “I recall him as being one of the nicest, most genuine, honest people that I have ever met”, said Gilpin.  Gilpin said Detmer was his first and greatest mentor.

“Just the way that he treated everybody, from coaches to kids . . .  to opponents,” said Gilpin. “The thing that I remember the most that I respected; was the way he treated people.”

Gilpin went on to recall how many of those that coached under Detmer went on to become head coaches themselves in one sport or another. “Just spending that time working under Sonny”, said Gilpin, “that had to have an impact. For the result of that group of coaches, to have the success that they had in the coaching world, I think the Sonny Detmer touch is a big part of that.”

“The world lost a great man today . . . not just a great coach,” said Gilpin. “Everything about Sonny Detmer was great.”

Ochoa echoed similar comments. “Every coach we have, I compare to Sonny. What more can you say?”