Cities, organizations commit to last round of census participation

As the deadline to complete the 2020 Census keeps bouncing around the calendar, many cities and organizations in western Hidalgo County have joined forces to ensure that the communities and families are accurately counted.

Over the last few days, cities such as Mission, McAllen, Edinburg and Pharr and the Agua Special Utility District have hosted events to draw the community to fill out their census before the new Monday, Oct. 5 deadline*. 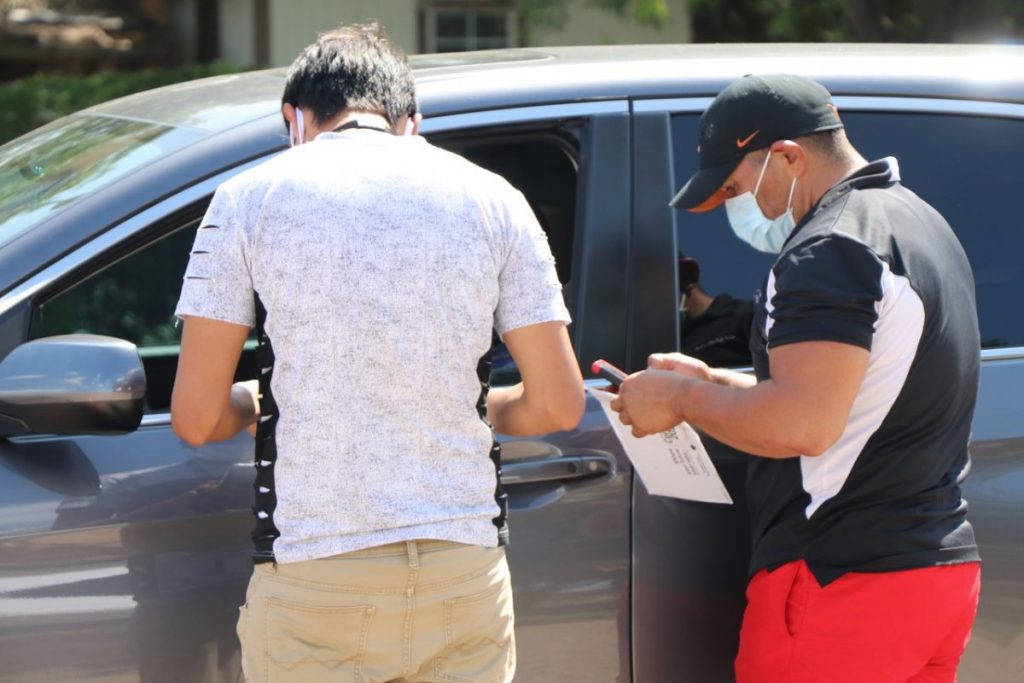 Last week, the cities held a joint telethon with local officials where those filling out the census were entered in a raffle to win thousands of dollars’ worth in prizes that ranged from $10,000 in cash to a cruise vacation.

The city of Mission meanwhile has been holding drive-thru census rallies in multiple locations such as Foy’s Supermarket and the Mission Event Center for Mission residents who fill out their questionnaire and receive a $50 gift card to participating restaurants.

Funds for these incentives were part of the millions in COVID-19 relief money cities received from the county over the summer, Mission Mayor Armando O’cana explained.

“The city council budgeted $1.5 million of COVID 19 relief fund money for expenses associated with providing economic support to small businesses during the COVID-19 health emergency,” O’cana said. “It provides public assistance for small businesses with economic relief efforts in the city of Mission. The incentives we have been using are part of the business recovery efforts to support locally owned restaurants by increasing census count.”

As the money wasn’t received until last summer, Mission began to also provide those who completed their census questionnaires early with gift cards if they attend one of the rallies and bring a Mission resident who didn’t fill out their questionnaire.

On Wednesday, the U.S. Census Bureau website said the city of Mission has a census response rate of 56.1%.  The number is higher than the Hidalgo county average of 53.7% but lower than the 62.2% national response rate.

“Because of COVID-19 we have struggled tremendously to do an extremely well and effective job on the census count,” O’cana said. “We’ve seen these events have helped improve the census response rate, which is critical for Mission. The census will set the course for the next 10 years and there are millions of dollars at stake for the area of the Valley.”

According to O’cana, each event Mission has held has drawn on average 70 families who complete their census questionnaire.

Using prizes as incentives to get people to respond to the census is one that Paulino Bernal, a specialist for the census bureau, said can be effective.

“Every time a city or organization offers them it definitely draws more people and provides an opportunity for us to continue to inform people of the importance of the census as well,” Bernal said, adding that the region as a whole is believed to have been undercounted by as much as 30 percent during the 2010 census. “Because this area is a rural border town and individuals are scared of citizenship questions that are not on the census, it makes it harder to count. When you add a pandemic to that, it puts a wrench in a lot of operations.”

This year is the first one that people can fill out their questionnaires online, Bernal said, which makes it easier for people to complete it if they don’t want to step outside their homes.

These events last week occurred as the nation faced a deadline to fill out their census by Wednesday, Sept. 30. On Friday, the day Agua SUD held a census rally in partnership with the cities of La Joya, Palmview, Sullivan City and Peñitas, the U.S. Census Bureau announced the deadline had been delayed until Monday, Oct. 5.

A federal judge scheduled a court hearing for today to determine if the new date is in violation of a court order from ending the census early after its original October 31 deadline.

“This is very important for everyone to be counted as it only happens every 10 years,” Palmview city Commissioner Joel Garcia said. “People need to realize how important this is, it’s more federal money for the community for whenever we have catastrophes so we can count on those monies. We’re looking at $16,000 per person, that’s millions that could go to us.”

“Despite what happens with the census deadline, we want everyone to know they need to respond today,” Bernal said. “We don’t want people to wait, we want to make sure people get counted today.”

*Since the original publication of this article, the deadline to complete the census was extended to Saturday, Oct. 31.