Better late than never. That old saying applies extremely well to the reversal the La Joya ISD made Tuesday regarding the status of fall sports at La Joya, Palmview and Juarez-Lincoln high schools. The original decision not to participate in any extra-curricular activities until in-person learning, which was at that time scheduled to begin in early November, actually began, made it impossible for any La Joya ISD football, volleyball, cross-country, golf and swimming team to compete in their respective sports.

However, in a dramatic reversal, the LJISD released this statement just three days ago: 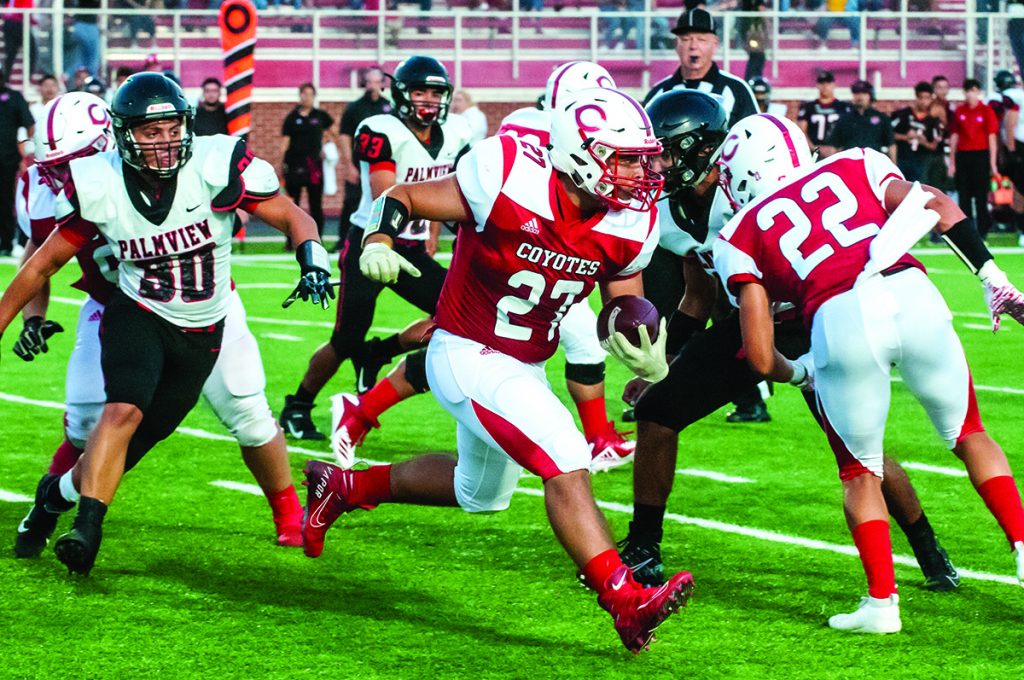 La Joya administration and school board reassessed its participation in athletic activities, and collectively decided to allow students to participate in extracurricular activities at the varsity level in the sports of football, volleyball, cross country, swimming, golf and all other sports commencing thereafter.

The health, safety and well-being of our employees, students and community remain the highest priority for La Joya ISD. Thank you for your understanding and continued support to safeguard the safety and health of our community.

So was the original decision not to participate in fall sports a mistake? Or was it at the very least premature? It was neither according to LJISD public relations and communications coordinator Blanca Cantu.

“At the district we see the safety and well-being of our students, whether it be on campus or at home, to be our priority,” Cantu said. “So we just thought that since we were not going to have the kids on campus at all, that was the best decision to make at that time. But now that we are phasing in kids and incorporating kids into on-campus instruction, we decided to reassess the situation and that was when we made the decision to include these kids into the participation on a voluntary basis.”

The phasing in of students that Cantu referred to includes mainly those students that have been found to have limited or no connectivity on the internet in their homes. Those students are being given the option of returning to on campus learning this coming Monday should they so choose. And as long as some students will be on campus anyway, the decision was made to allow those student athletes who choose to participate in fall varsity sports, to go ahead and do so.

What about those students participating in other extracurricular activities that are traditionally linked to varsity athletics, such as band, cheerleading and the dance teams? Will they be given the option of participating as well?

“At this time it has been decided to strictly stick to athletics.” Cantu said. “I know that a lot of districts around us are excluding everything else, so we are looking into that as well. But as we phase in the sports we’ll reassess the situation once we get further in. But we’re only moving further with varsity sports at this time.”

The decision on whether or not spectators will be allowed into the LJISD sporting events had not been made at the time we went to print. However, should the decision to allow spectators into the sporting venues be made, Cantu stressed that specific protocols will be enforced.

In the past week or so, two rallies made up of La Joya student athletes and their parents were held in hopes of getting the school board and administration to reverse their earlier decision not to allow any LJISD athletes to participate in fall sports. When asked if these rallies had any effect on the decision to do just that, Cantu said, “I don’t know about the rallies but I do know that our athletic department did meet with parents regarding this issue. So it (the banning of fall sports) was not something that we wanted to do at all, it was that at that time it was the best decision we could make. But now that we’re phasing in kids, we’ve re-evaluated the situation again and we came to conclude that we were able to safely be able to participate at this time.”

One issue which Cantu could not address was whether or not the Coyotes, Lobos and Huskies football teams and the Lady Coyotes, Lady Lobos and Lady Huskies volleyball teams would have any trouble being added to the schedules of their district opponents. The fact that the decision to let these student athletes play after all came so late that most, if not all, of their district opponents had already filled out their schedules by lining up other opponents to play against instead of the LJISD teams. Hopefully for the sake of the students that make up those teams, this will not be an issue.