An abandoned lot in front of Palmview City Hall will soon become the epicenter of the city.

During a press conference held last week, Palmview officials announced plans for a multi-million-dollar project to develop the first-ever Main Street in the community. 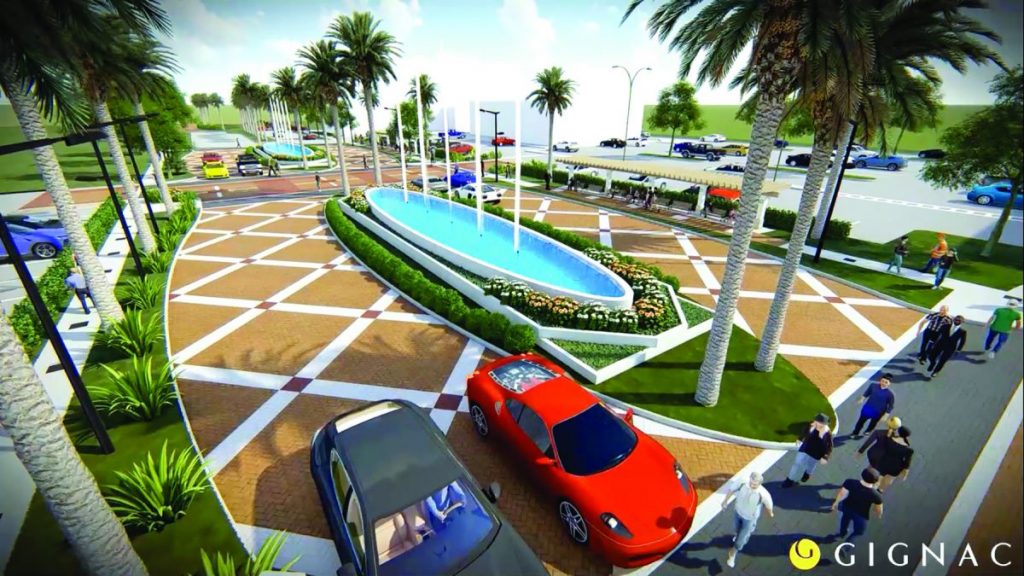 The Main Street Economic Development Project is spearheaded by the Palmview Municipal Development District and will create a tax increment reinvestment zone for the city in what will become a shopping center for the area.

“This project is something that has been a vision for the development district for five years,” Palmview Mayor Pro-Tem and PMDD President Linda Sarabia said. “This project will spur economic development in the city of Palmview, something that our community has been asking for for years. It’s a historic, proud moment for the city to reveal this for the community and show them what the plans are.”

The plans, unveiled Friday, Oct. 9, showed that the property belonging to Greg’s Ballroom located on Frontage Road on the expressway between Bentsen and Minnesota Roads will be turned into a street connecting Frontage Road with City Hall located on Veteran’s Boulevard less than a mile away from the expressway.

Along that road will be several businesses, restaurants and a medical facility to service the growing population of Palmview.

The property was acquired from Greg’s Ballroom which has been closed for the last several years. The eight-acre property was purchased for $1.4 million and the city plans to spend another $1 million on infrastructure in the property such as creating the road and laying down sewer lines in the area.

“We wanted to revive the property,” Palmview City Manager Michael Leo said. “This property has some history and we expect the economic impact of this project to be well over the millions from the businesses, sales tax and jobs created.”

According to Leo, the 2010 census found the city had a population of a little over 5,000 residents. Estimates for the 2020 census shows that the city now has a population of more than 17,000. A study conducted by the city, however, shows that most of the residents shop in other cities.

“Palmview is considered a bedroom city because people live here but shop and work somewhere else. We’re trying to change that,” Palmview city Councilman Joel Garcia said. “We’re trying to bring in the businesses, the jobs and the places people can go shop and dine at, it’s becoming a reality. This is the first step in that project. This project will have a major impact on our little city.”

City officials have said several businesses, ranging from big box stores and franchises, have already committed to setting up their new locations on Palmview’s Main Street once the project is completed.

Greg’s Ballroom will be demolished within two months and the infrastructure in the property will be completed within 12 months after that, Leo said.

“Then businesses can come in,” Leo said. “Since it’s in a TIRZ so we can reimburse them infrastructure costs paid by the same taxes revenue generated from that property so it kind of pays for itself.”