It’s been a September and October like no other for high school football teams across the state of Texas. The uncertainty brought about by the COVID-19 pandemic and the resulting shutting down of schools and early termination of all spring sports last school year, had high school football coaches and players wondering if their sport would fall victim to the pandemic as well.

And while most school districts across the Lone Star State were still contemplating which way they were going to go in regards to the playing or not playing of fall sports, La Joya ISD announced early on that there would be no football games, no volleyball matches and no cross country meets for any of its student athletes this school year. In other words, all LJISD fall sports had been cancelled. 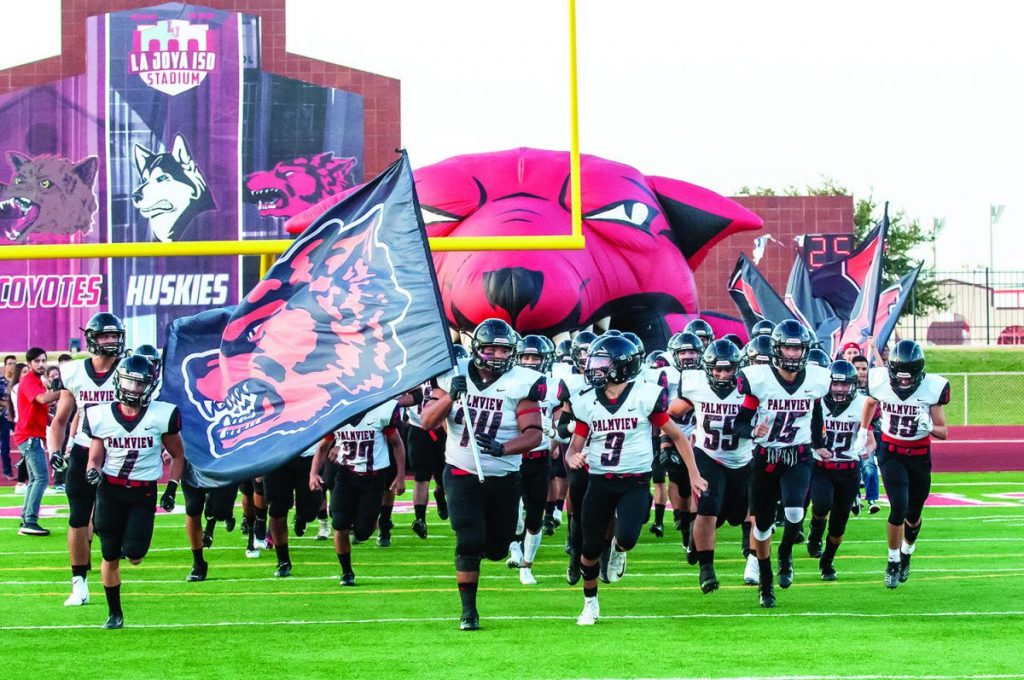 The Palmview Lobos will be the only La Joya ISD football team running onto the field at La Joya Pack Stadium this year. Progress Times photo by Luciano Guerra

That was back in late August. As it turns out, that decision has since been reversed and the three La Joya high schools were allowed to have their fall sports teams and individual athletes compete after all. Unfortunately, that decision came so late that the only one of the three LJISD varsity football teams was able to salvage their season; the Palmview Lobos.

Now in his seventh season as the Lobos’ head football coach, Margarito ‘Mage’ Requenez, Jr. supported the district’s decision to cancel fall sports even though at the time it meant sacrificing his team’s entire 2020 season.

“That was a decision made by upper administration in the best interest of the student athletes and the coaching staffs,” Requenez said. “I did feel bad for the players but if professional and college teams were doing the same thing, I understood the decision that was made. It wasn’t done to hurt anybody. As a matter of fact, they were trying to be pro-active and seeing these professionals that are being paid millions of dollars possibly having their seasons cancelled, lightened the burden on me a bit.”

Once the decision to try salvaging their season was made, Requenez and his staff not only had to put a team together, but they really had to scramble to put a schedule together that would allow them to play each of their four district opponents once. This was a tricky thing to do since their district opponents had already put their schedules together, and seeing as how everybody thought that the Lobos were not going to field a team, the Lobos were not included on those schedules.

Fortunately for Coach Requenez and his team, that was all worked out and the Lobos’ four game 2020 schedule was set into place.

Palmview is in District 16-5A Division 1 this season. But with there not being enough weeks left before the UIL certification date of December 5 for each team in the district to play each of their district opponents, 16-5A-1 has been split into two zones, the East Zone and the West Zone. The Lobos are in the West Zone along with the three McAllen teams and Donna High. The East Zone is made up of Brownsville Porter, Pace, Lopez and Veterans Memorial as well as Weslaco East.

Each team in each zone will play each other once. Then there will be district seeding games involving the top three teams in each zone. 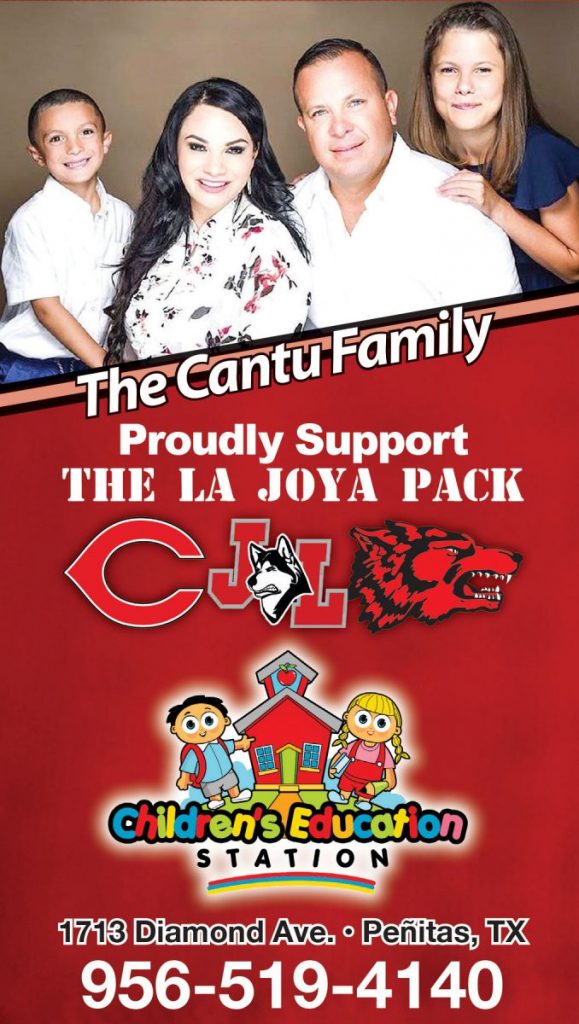 The fact that the Lobos only have four games on their schedule this season is a direct consequence of their late start.

“Because we started a week later than everybody else, everybody was booked and there were no non-district games that we could get,” Requenez said. “We did have one non-district game scheduled against one of our sister schools, but there’s no games there anymore. So I told our boys that we only had four district games on our schedule and that how many games we’d end up playing would depend on them. If we get six or seven games, that would mean that we went one or two rounds deep into the playoffs.”

As for what his team is going to look like this year, Requenez has a mixture of returning starters and newcomers on his roster.

“On defense we have almost my whole interior coming back,” Requenez said. “Players like middle linebacker Pablo Guerrero and outside linebacker Carlos Arjona. On the defensive line we have Miguel Alanis, Eduardo Chapa and Roman Ortiz returning. And in the secondary I have Fernando Cavazos and Gino Ibarra coming back.”

“On offense I have my ace, running back Carlos Pena coming back,” Requenez added. “On the offensive line I have Alberto Vargas, Anthony Ledezma and Eddie Alonso coming back. At receiver I have Cruz Barrientos and Tony Villarreal returning this season.”

What about at quarterback? Who will be the Lobos signal caller this season? Requenez’s answer caught me by surprise.

“Everybody wants to know who our quarterback is going to be,” Requenez said. “I have six players right now practicing at quarterback. So that’s up for grabs right now. I’ve got four of them that are nice back there, so if we get to play, it’s going to be something special.”

If all goes as planned, the Lobos will be opening their 2020 campaign at home next Friday against Nikki Rowe. They will then play McAllen High, Donna High and McAllen Memorial on consecutive weeks but all on the road. However, the dates, times and even locations of all of these games are subject to change from week to week so stay tuned.