Ghosts, even if they’re real or not, are born from a tragic moment in our history – and the stories we tell are our way of dealing with that tragedy.

That’s the message behind David Bowles’ book “Ghosts of the Rio Grande Valley,” where the UTRGV literature professor looks at the dark history of the Valley and the hauntings that have occurred there. 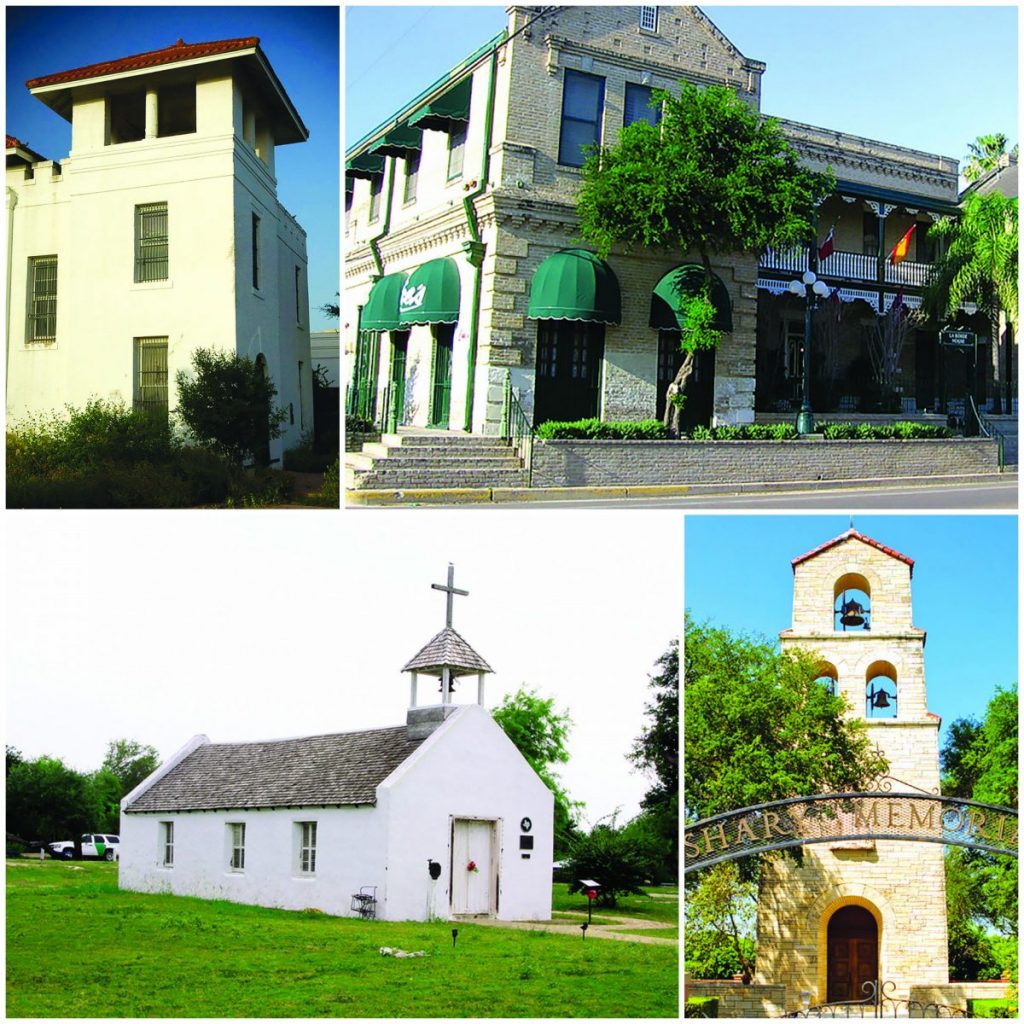 “We tell ourselves stories about ghosts in those places because things have happened there reverberate for generations, these stories matter and leave scars on our collective souls,” Bowles said. “The stories we tell are ways of healing from the painful things we have experienced in our communities, and I don’t want people to forget about that history.”

Though he’s a self-described skeptic of the supernatural, Bowles said ghost stories can teach people things about the way things were at a moment in time, and hopefully how we can avoid a new tragedy from occurring.

“Ghost stories are important reminders of what has been and what might happen again,” Bowles said. “A lot of the things encapsulated in these stories aren’t being taught in school or any other entertainment we are exposed to. We have to keep these ghosts alive by retelling them.”

Below is a list of four local historical sites in the area that have inspired both fear and awe that are featured in Bowles’ book. These sites are featured because of their history, and the sightings of the unexplainable that people have borne witness to.

The historic chapel is the city of Mission’s namesake and home of one of the most benevolent ghosts on this list. Visitors who have come to pray have claimed to have seen the spirit of a nun suspended in the air in a prayer posture and in broad daylight, Bowles said.

Despite the peaceful nature of this ghost, Bowles said the spirit is born from a sacrilegious incident.

“According to legends, there was a monastery nearby where some nuns had been and they were being raped by priests who forced the nuns to kill their babies born from their assault and bury their babies underneath the chapel and the spirit seen there is one of the nuns keeping watch over her baby,” Bowles said. “It’s a really horrifying thing that’s not born out of any evidence as there’s no proof or records of a monastery with nuns who stayed there for a long period of time. People have cobbled together a story that is especially gruesome.”

In his book, Bowles argues the backstory could not be real and instead said the spirit seen at the chapel is actually a vision of the Virgin Mary.

“She uses the place for people to see her, that’s why people leave notes and prayers under the stones inside the chapel,” Bowles said of La Lomita. 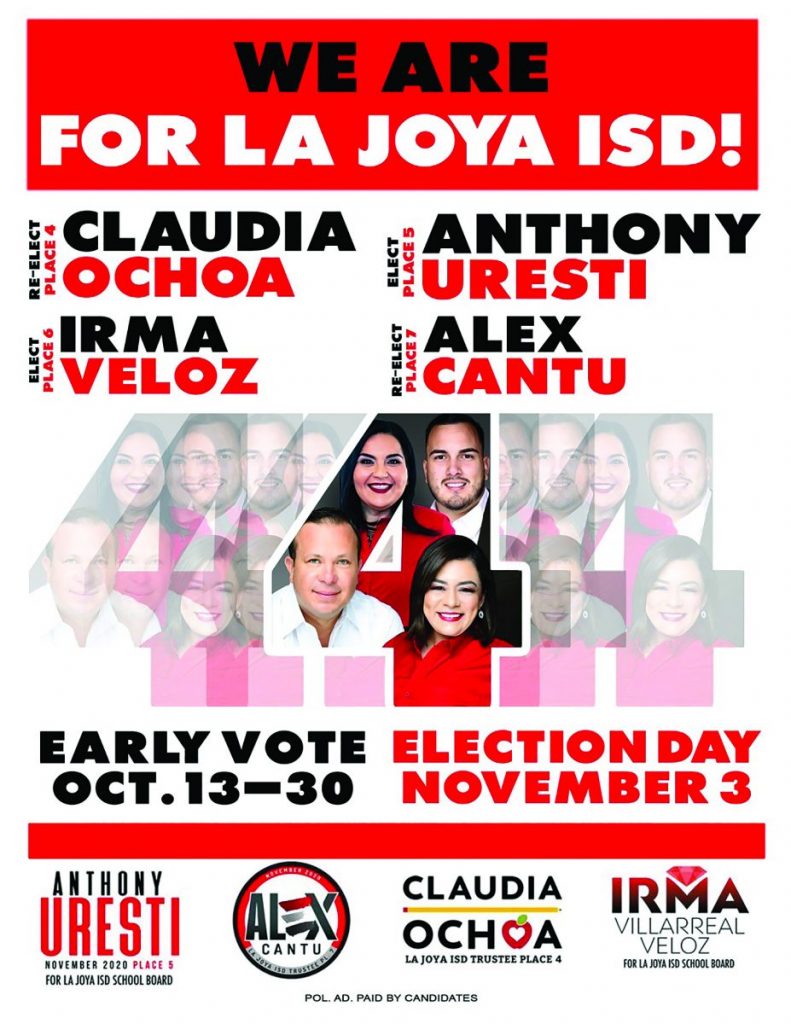 Built in 1909, the Hidalgo County Jail, which is now a wing of the Museum of South Texas History in Edinburg, the county jail executed only one man: Abram Ortiz who was convicted of rape and murder and executed in 1913. No other hangings are on record.

Ortiz was executed by being publicly hung from the jail’s second-story gallows. Local folklore says Ortiz’ ghost haunts the jail by clanking his shackles, Bowles says.

“He refused to let the executioner place a bag over his head so that he could look witnesses in the eye as he died,” Bowles said. “He threatened to continue clinging to this world and his last words were ‘there is no heaven and hell.’”

Visitors in the museum can now visit Ortiz’s jail cell as it has become one of the museum’s top attractions.

“When you sit there, in the same spot he was at, you suddenly feel a cold chill, like a haunting presence is nearby,” Bowles said. “Ortiz would always chuckle loudly inside his cell and people have said they’ve seen him and heard his chuckles when no one else is in the museum.”

Located in Rio Grande City, the Victorian home turned hotel that was designed by French architects in 1893 houses guests checking in for a stay, and several ghost stories.

“There’s so many stories that can be told about that place,” Bowles said. “It’s really fascinating how each room has something connected to it.”

According to staff, two young girls died in the front well of the house and a man hung himself in a room upstairs. The hotel, which has been managed and owned by the Starr County Historical Foundation Ownership completely embraces the paranormal reports here as staff have reported seeing full body apparitions, footsteps, and physical contact from spirits.

“There’s some people who will think it’s the hotel just using these sightings as a marketing technique but these stories have been around forever,” Bowles said. “It’s a compelling series of ghost stories.”

The Mansion on Shary/Shary Memorial Chapel

The most well-known attraction in the city of Palmhurst continues to house its most famous resident.

John H. Shary, who commercialized the citrus industry in the area, forever changing the economic landscape of the Rio Grande Valley, built a mansion along Palmhurst’s main road. When he died in 1945, his body was buried at the mausoleum located in the Shary Chapel across from his house. His wife, Mary E. O’Brien, was laid to rest there as well.

“John H. Shary has been seen on the rocking chair of the porch outside his mansion and has been spotted getting up to walk to the lake outside his mansion and in the grounds of the mausoleum surrounded by citrus trees and dancing with his wife,” Bowles said. “There’s no tragic story here, he just loved the land so much that he keeps getting drawn to it and refuses to leave it. It’s a welcome change of pace from some of the more gruesome stories.”