The Phase I Design of the first all-inclusive park in Mission was approved this week.

The Mission city council held a regular called meeting at the Mission Event Center this Mon. Oct. 26. There, they approved the design for Phase 1 of the All-Inclusive Park project, which will redesign Lions Park (1500 E. Kika De La Garza Loop) to include amenities accessible to any and all visitors – including those with special needs and/or disabilities.

City Manager Randy Perez presented the item to council. Phase I of the project will include an all-inclusive play area, toddler play area, a splash pad, basketball courts and other amenities.

The project design is being done by architect Charlie Garcia III, of ARKiiForm, LLC. Phase II will include the redesign of the Mission Community Center and parking lots.

Mayor Pro-Tem Norie Gonzalez Garza asked if approving this design plan was set in stone, or if the council would be able to make adjustments later on. Perez said yes, and modifications would be considered as needed. Resolution #1698 approving Phase I was passed by the council unanimously.

The Mission city council also heard a presentation from Raul Sesin, with the Hidalgo County Drainage District No. 1 on the improvements to the Mission Lateral, one of the major areas impacted by the flooding of June 2018. Following the floods that summer, a bond election was passed that would cover large stretches of outdated drainage throughout the county.

Sesin presented the project limits for Phase 1 of the project, which spans from Bentsen Road to a quarter mile East of Stewart Rd. Sesin said it is currently under construction right now, and the connection of the Mission Lateral to Bentsen Rd. is staying as it stands currently.

Sesin played a video that displayed an overhead shot of the project construction and scope, noting it is greatly expanding the lateral to meet the needs required for rain like the flooding in 2018.

“With the amount of volume we’re creating, [we are] approximately about doubling the capacity of the system, about two and a half times the system there,” Sesin said. “It will provide a lot of linear detention to the area.”

Sesin noted that when Hurricane Hanna hit this summer, the partial expansion of the Mission Lateral that had already been constructed already showed improvement in the system and area.

“Once it is fully constructed, it will bring a big impact to the city of Mission and a small portion of McAllen where it originates,” Sesin said.

Saenz Brothers Construction is acting as the contractor for this project, which started in March 2020 and is anticipated to be completed in Dec. 2020. Phase 1 is at 65 percent completion, and costs over $2.45 million. 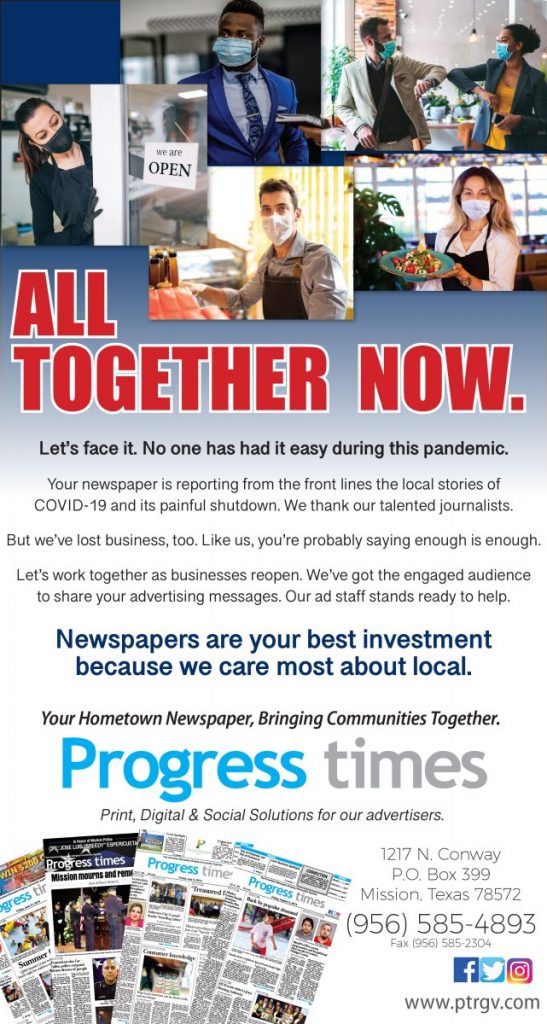 “The contractor is on schedule,” Sesin said. “Everything seems to be going as planned. We are working on making some minor adjustments to some storm sewer lines as we’re going through the project.”

Sesin said he was also working with Mission City Engineer J.P. Terrazas on some other laterals in Mission (which feed into the Mission Lateral) that need improvement. He then presented an update on Phase 2 of the project, which also covers the Mission Lateral running from East of Stewart Rd. to Conway Ave.

“That project has already been let out, we have already awarded the contract to H&R Lease Services,” Sesin said.

Phase 2 will start in Nov. 2020, and is anticipated to be completed in April 2021. It will cost about $2.2 million. Sesin said they expect to stay on schedule for this project as well, and finish right before the next hurricane season.

Phase 3, which will take the section of the Mission Lateral that crosses Conway, is being done in conjunction with the Texas Department of Transportation (TxDOT). Hidalgo County Drainage District No. 1 has established a partnership with TxDOT for all the drainage systems that cross a state on-system road within this bond program.

Sesin said they were working with them to see if TxDOT could fund part of the construction going through Conway. It will run through to Inspiration Rd., and they hope to begin accepting bids in January 2021, and constructing in May 2021.

At least $17 million will be spent in or around the Mission city limits thanks to this bond program, according to Mission Mayor Armando O’caña. Sesin said he could always return and present on the rest of the drainage projects underway or in the planning stages in the city.

O’caña said they were going to move the city attorney evaluation to a special called meeting in the future.

Also, following the executive session council approved Mayor O’caña to enter negotiations with Mazatlán, Sinaloa about the Madero Bridge project. The project anticipates the inclusion of a rail bridge, and O’caña was authorized to enter negotiations with the mayor or designated representative regarding a possible partnership and discussion on the Madero Bridge project.