In only her second pageant ever, six-year-old Natalia took the crown and became the Valley’s next Princess Anna.

Natalia Alegria Limas-Jilpas, a McAllen native who attends school at the Edinburg Classical Academy, was named Princess Anna LXXI (71) during the annual Texas Citrus Fiesta’s Princess Anna Pageant on Saturday, Oct. 24, 2020 at the Mission Event Center. Socially distant due to guidelines implemented by the COVID-19 pandemic, and donning bejeweled masks, Natalia and several other six-year-olds participated in a competition of poise, sincerity and interviews. 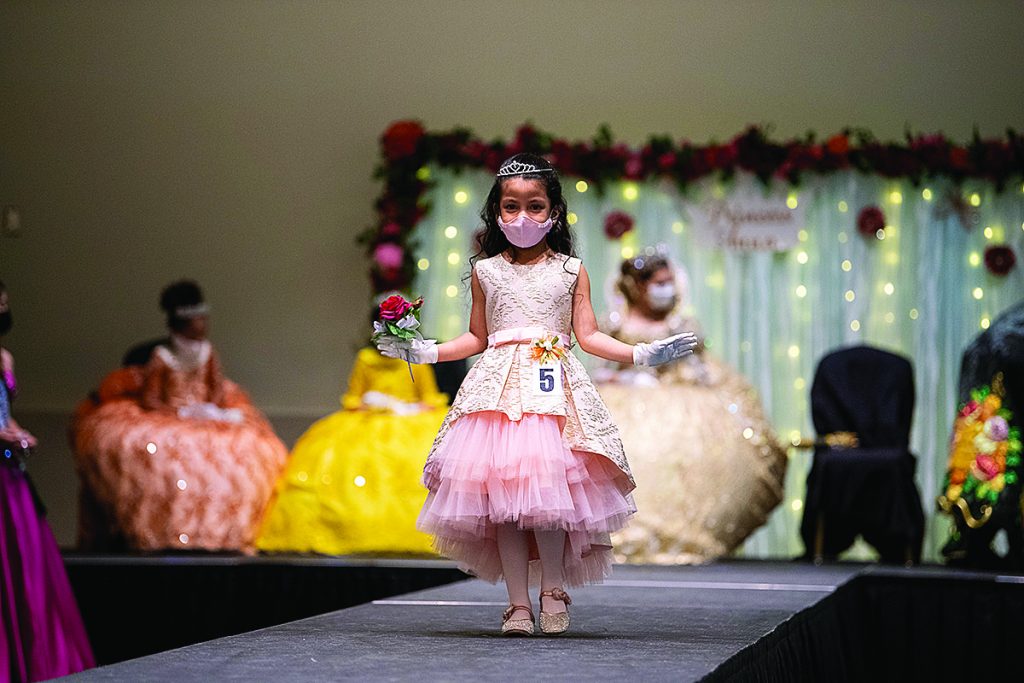 Natalia most enjoyed the moment her name was called and she was confirmed Princess Anna.

“It felt good,” Natalia said. “My favorite part about it was when I got the big flowers. They were heavy.”

“She’s extremely giving and extremely caring,” Paloma said. “She’s a very caring little girl, and to me having the title of ‘Princess’ is more than the crown and sash, it’s more along the lines of that genuine personality. She’s giving, and overall she’s a very humble little girl.”

In the final moments of the pageant, Paloma said she was more nervous than Natalia was.

“Preparation was always in-between school, private lessons, dance – she gets home very late because of the time,” Paloma said. “Getting there that day, I was thinking to myself ‘did we prepare enough between everything?’”

Two other dancers from the company along with Natalia competed in the Princess Anna pageant – Madison and Lucia. Paloma livestreamed the final announcement on Instagram so the whole studio could watch from home.

“We were all over the moon excited,” Paloma said. “All three of them placed, so we were very excited for all the competitors that day.”

Paloma’s father (Natalia’s grandfather), Alberto Limas, was convinced someone in the family would be named Princess Anna at some point. At first he thought it would be Paloma, but a childhood as a self-proclaimed tomboy made her uninterested in the competition of pageants.

“It was destiny, it had to be her,” Paloma said. “My father looked at me and was like ‘no, this little girl who likes trucks and plays in the dirt is not at that age going to listen.’ This one [Natalia] likes makeup and nails and the whole nine yards.”

When Natalia was born, Alberto felt the call again, and encouraged Paloma to have his granddaughter compete as soon as she was old enough to vy for Princess Anna. Paloma was unsure if Natalia would even be interested in pageants, but soon found her daughter to be more comfortable in that wheelhouse than she was as a child. 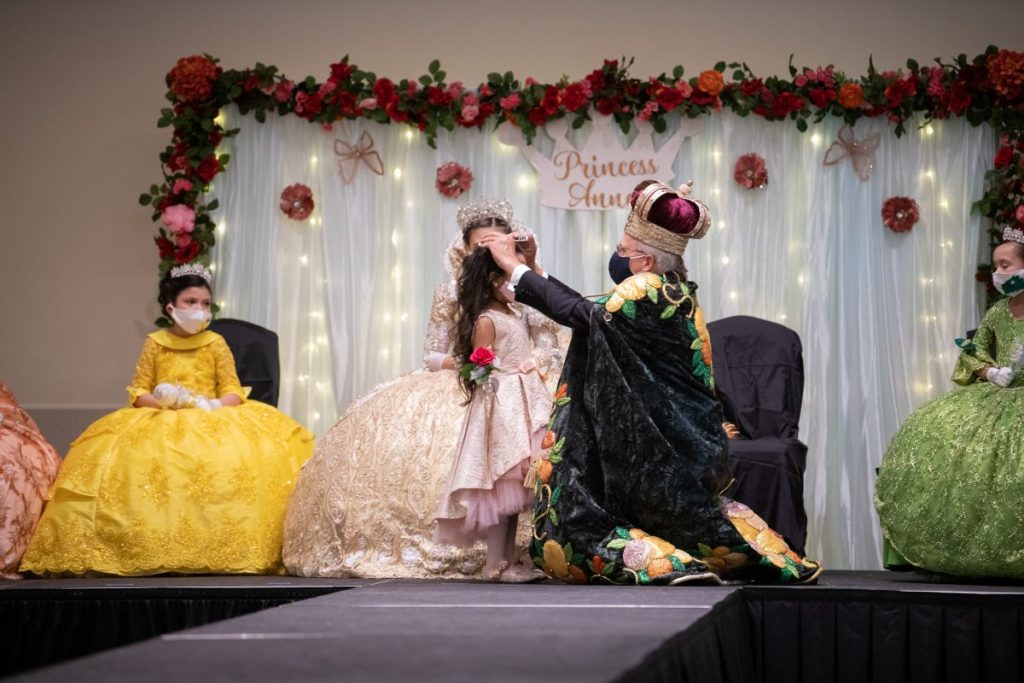 “We started seeing her personality and what she liked to do, and we quickly saw she is very girly,” Paloma said. “The moment she was two years old, my dad could not stop saying ‘she’s going to do Princess Anna, it’s going to happen.’ And I was like, if she wants to do it, we’ll go for it. I’m so happy that my dad insisted.”

Natalia is an avid dancer and tumbler, learning the different facets of jazz, lyrical, tap, hip-hop, ballet and ballroom. Her favorite subjects in school include reading and math.

Paloma said her daughter has been dancing pretty much since birth – which Natalia confirmed.

Being part of a tradition that spans over seven decades now is a major accomplishment for Natalia. She cited Queen Citrianna the 78th (Rachel Christine Tunberg) as an inspiration, and said she enjoyed walking the runway and stage in her second pageant.

“I liked my pink dress and pink shoes,” Natalia said. “I wanted to start [competing] because it was fun, and I just liked it up there [on stage]. I had so much fun.”

Natalia was aided in her journey to becoming Princess Anna by her family, who surround her with love and support. Paloma helps with talent and interview questions, her father (Attorney/Photographer Marco Jilpas) takes her pictures, grandfather Alberto handles etiquette and grandmother Natalia designs the gowns and does her makeup.

“There’s a whole system – if I’m not able to be there, someone will be there for her,” Paloma said.

Natalia is not certain what awaits her upcoming tenure as Princess Anna LXXI – but with a smile, grace and honest goodness she is ready for a year of events, appearances and charity that promotes the citrus industry and a local cultural tradition.