The University of Texas Rio Grande Valley will be able to provide more help to victims of sexual assault on campus while increasing the number of certified nurses trained to deal with these survivors in the Valley.

Last week, university officials accepted a $499,948 check for the Office for Victim Advocacy and Violence Prevention from the Department of Justice. 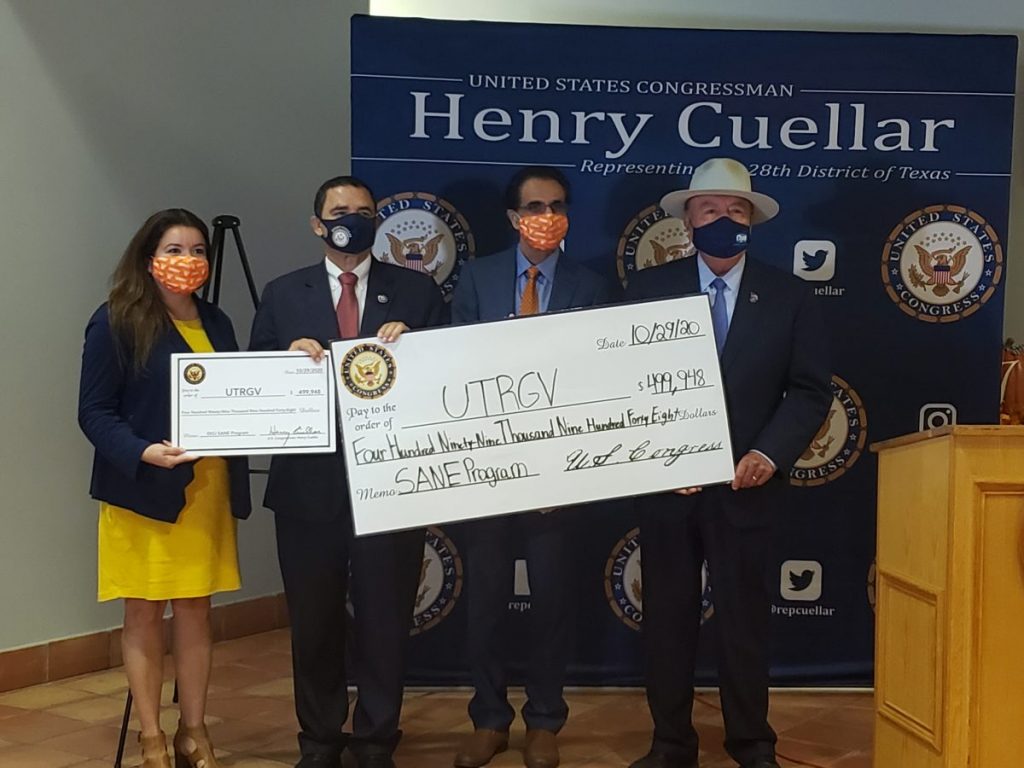 UTRGV was one of eight universities across the country who received these federal funds that totaled $3,836,877.

“We just want to have an honest assessment of what happens at campus,” U.S. Congressman Henry Cuellar, who presented the check to the university at an event in La Joya on Thursday, Oct. 29, said. “It expands services for victims and survivors of sexual assault and makes sure they receive medical forensic care and victim support.”

Though the university did not have figures available for the amount of sexual assault cases on campus, the national non-profit Rape, Abuse & Incest National Network said 13% of all students experience rape or sexual assault through physical force, violence, or incapacitation on-campus and sexual violence is more prevalent at college compared to other crimes.

Only one in every five female victims of on-campus sexual assault report the crime to law enforcement, RAINN added.

Currently, the university’s Office for Victim Advocacy and Violence Prevention provides free counseling services to victims of sexual assault survivors. With funds from the grant, UTRGV will have SANE nurses who do forensic tests and process rape kits on sexual assault victims and advocate for them in court.

“We provide support but services are limited, this will allow us to be proactive and get to students whenever we get cases so we can process them more quickly,” University Executive Vice President for Research, Graduate Studies and New Program Development Parwinder Grewel said at the check presentation. “Most often the issue in these cases is that victims don’t want to report it so it’s a difficult issue. By having this on-campus resource it can help so many victims come forward.”

For University spokeswoman Monica De La Garza, the expansion of this program will also create a new workforce in the Valley.

Cuellar said the funding is critical to support victims and survivors of sexual assault on campus by promoting forensic nursing as a viable career path for future nurses,

“Survivors of sexual violence are among the most isolated and vulnerable,” Cuellar said. “This SANE funding will allow UTRGV to create a number of highly-skilled registered nurses to care for students who are victims of sexual assault and help hold offenders accountable. I would like to thank UTRGV President Dr. Guy Bailey as well as the rest of his staff for creating a strong support system for students as they complete their college degree.”