Even if you don’t care on what day or at what time your team is playing, restrictions are keeping most spectators out of stadiums this year. For fans of the Mission Eagles, this has meant missing out on some impressive performances. 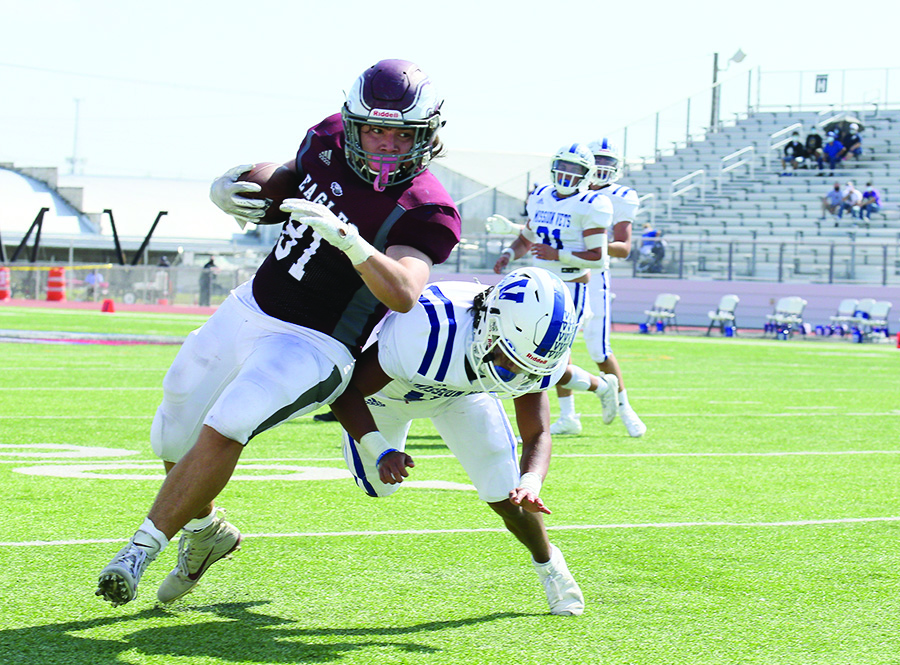 Those restrictions, however, didn’t stop long-time supporter Clemente Gonzalez Jr. and his wife Teodora from watching their Eagles this past Saturday at Tom Landry Stadium. The Gonzalez’s showed up hoping to get the chance to see Mission High and Mission Veterans face off in the Battle of Conway. When they were told that no tickets were being sold due to seating restrictions the couple did the next best thing, pulling their camping chairs out of their car and settling down outside the venue in the shade of the scoreboard on the stadium’s east side. Joined by numerous other Eagles’ fans, all of them masked and appropriately distanced from each other, they watched the Eagles take down the Patriots 56 – 21 to remain unbeaten on the year at 3 – 0. The Patriots fell to 1 – 2.

The Eagles came into the game having not played since October 29 but quickly put the Patriots in a hole, scoring on their first two drives on short runs from Andrew Maldonado and Damian Cortez to take a 13 – 0 lead. The Eagles spent most of the quarter playing on the Patriots side of the field, running off 20 plays to the nine managed by Veterans.

The Patriots came to life in the second quarter courtesy of two Ricky Reyna touchdown passes. The first found Jaythan Barrera from 51 yards out and the second, a 23 yarder to AJ Gonzaque, cut the Eagles lead to 19 – 14 with just over two minutes left in the half.

It was the closest the Patriots would get. An 80 yard pass from Duran to Jose Cortez on the Eagles first play following Gonzaque’s score made it 27-14. The Patriots turned it over on their first play after the Cortez score and it was 35 -14 a short time later when Duran hit Tajh Jones from 10 yards out.

Two more touchdowns in the third quarter and another early in the fourth built the Eagles lead to 56 – 14 before the Patriots found the end zone again late in the game on a Reyna two yard run.

Mission coach Koy Detmer wasn’t sure what to expect from his team coming into the game but was happy with the way it turned out.  “I was really pleased with our team,” he said. “I was really proud today of the way they came out and got after it.”

Despite the setback, Veterans coach David Gilpin remains optimistic as the season moves forward. “I still got a lot of faith in this football team,” he said. “I really do.” Gilpin noted how his team this year has played two of the Valley’s top teams (Mission and Edinburg Vela) and played them close until just before halftime each time. “I think this team is going to be OK by the end.” 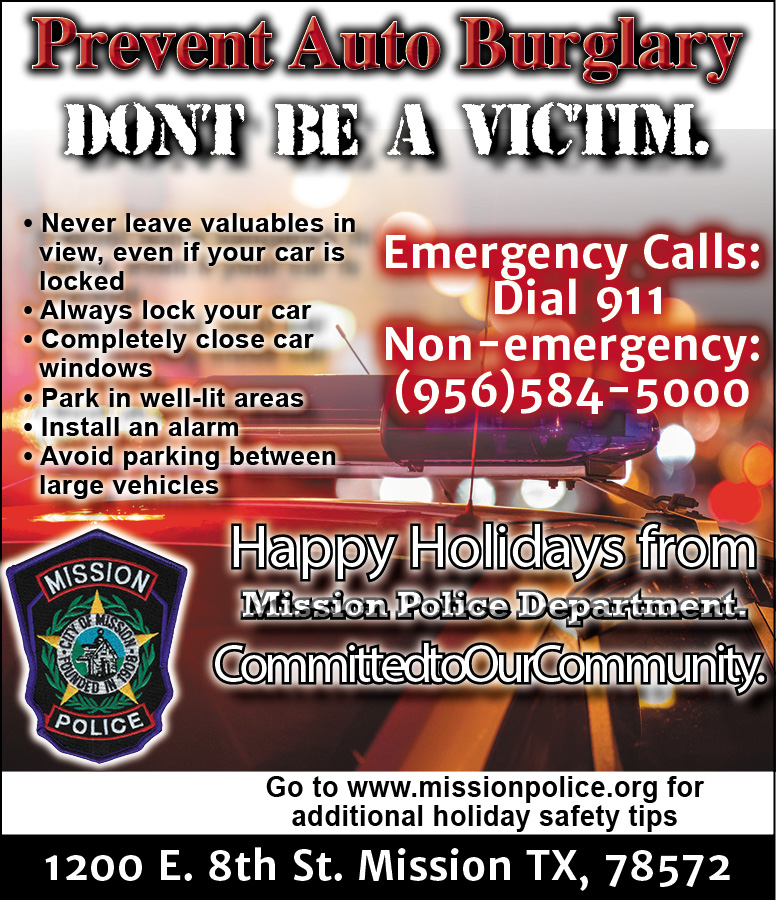 A few hours after the Battle of Conway another Big 7 team was playing their third game of the season in the span of just 11 days. The La Joya Palmview Lobos actually played twice last week, losing to Donna on Monday October 9 before their own Saturday showdown with McAllen Memorial in McAllen. Both were down to the wire affairs that didn’t go the Lobos way.

In the Donna loss, the Lobos took a 17 – 6 into the fourth quarter courtesy of a Sebastian Leal to Carlos Reyna touchdown pass on the team’s first possession of the game, a 27 yard field goal from Carlos Pena in the second quarter and a Roman Ortiz scoop and score of a Redskins fumble caused by Miguel Alaniz in the third.

Two fourth quarter scores for the Redskins, the last coming on a short run with just 19 seconds left, left the Lobos one point short in the 18-17 defeat.

It was the Lobos who rallied in the fourth on Saturday, scoring twice to force overtime against the Mustangs. After stopping the Lobos to start the extra period, a Mustang score gave them the 35 – 28 win, dropping the Lobos to 0 – 3. Pena accounted for three scores and over 200 yards rushing for the game.

All of the Lobos defeats have been to other District 16-5A Div. I West zone teams, leaving the Lobos at the bottom of the standings with only one zone game left to play.

Lobos coach Margarito Requenez Jr. talked about the difficulty coming up short in games when his team has been in them for most of it but added nothing but positive comments when asked about how he has viewed the season overall.

“No one thought we would be in this after being out for so long,” said Requenez. “It’s kind of hard to put something together in so short of a time but I’m proud of them; I’m proud of my coaching staff, and what they’ve done. We’ve been able to put a team together with such little time and the kids are executing to the best of their abilities . . .  I’m extremely proud of how they have come out and performed.”