Mission Veterans showed up to play but in the end it was Sharyland Pioneer who found a way; a way to win that is. Their 49 – 35 victory over the Patriots Friday night at Tom Landry Stadium in Mission kept them undefeated on the season at 3 – 0 and , more importantly, kept them on top of the District 16-5A Div. II West zone standings  with a 2 – 0 record.  Veterans fell to 1 – 3 and 1 – 1 in district zone play. 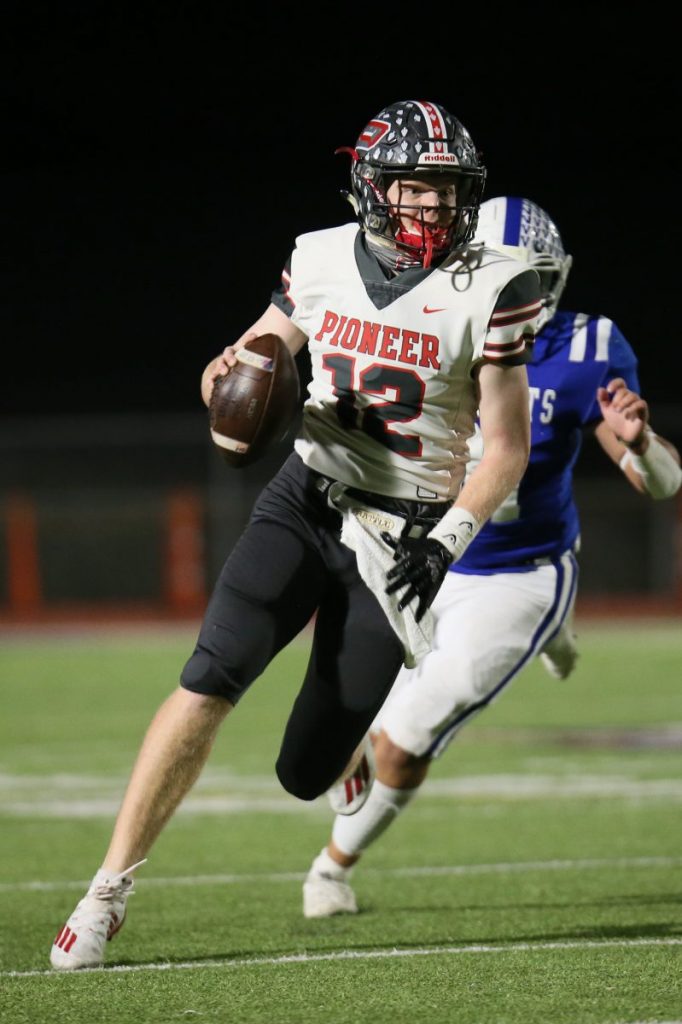 Marburger, #12, ran for three scores on the night, passed for three more and even played defense on several series to help the Diamondbacks defense try to slow down the Patriots big night on offense. Photo by Mario Magallon

The Diamondbacks found themselves trailing by a touchdown three different times in the first half but scored four straight touchdowns over the second and third quarters to turn a 21 – 13 deficit into a 41 – 21 lead going into the fourth.

The Patriots answered with two straight fourth quarter scores to tighten things back up at 41 – 35 before a 72 yard scoring run from Diamondback’s quarterback Eddie Lee Marburger  with just over six minutes to play in the game sealed it for Pioneer.

Marburger ran for three scores on the night, passed for three more and even played defense on several series to help the Diamondbacks try to slow down the Patriots big night on offense.

The Diamondbacks hadn’t played since October 30 and didn’t see the practice field much prior to this one. “Hats off to our kids,” said Pioneer coach Tom Lee. “Twelve days off and two days of practice against a really good football team; for us to get a win tonight is special.” Lee went on to comment on the team effort it took to come out on top. “That’s what championship football teams do; they play for each other.”

Patriots quarterback Ricky Reyna threw five touchdowns passes on the night; three to AJ Gonzaque and one each to Jaythan Barrera and Justin Rodriguez. Albert Hinojosa converted five extra point attempts.  Gonzaque ended the night with 10 catches for 123 yards including a tough catch and run to get into the end zone from 39 yards out as part of the Patriots fourth quarter rally. The play started with an equally impressive scramble and throw from Reyna, who first rolled to his right, had the ball knocked loose, retreated to pick it up and then scrambled  to his left before launching the ball over 50 yards downfield to a tightly covered Gonzaque.

The Patriots were facing their third highly ranked opponent of the year and the team is making progress according to coach David Gilpin.  “I’m happy with them,” said Gilpin. “I feel good about them. They’ve continued to play hard all year.” Gilpin went on to say that while the team still had a lot of things to improve on they were in his words, “taking steps in the right direction.”  Despite the loss, the Patriots remain in the running for one of the districts four playoff spots. 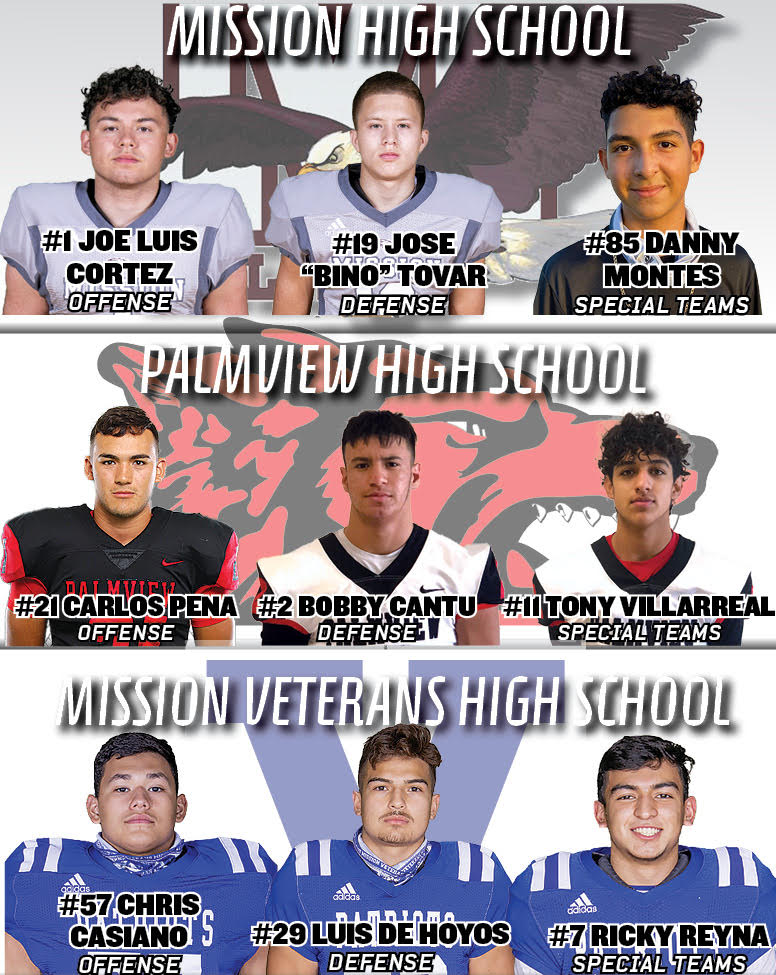 In the end it just wasn’t enough to topple the Diamondbacks. Marburger’s three scoring passes went to Joseph Graham Jr., Tristan Castillo and JJ Snyman.  It was a breakout game for Graham Jr.  The sophomore caught 8 passes for over 180 yards on the night.

“He (Graham Jr.) came to play tonight,” said Lee. “We knew he had it in him and he really, really showed it tonight.”

The Pioneer defense contributed as well, keeping the Patriots off the scoreboard for four straight possessions over the second and third quarters, allowing their offense to tie the game, take the lead,   and then build on it. They even got on the scoreboard themselves when Trevor Huddleston recovered a Patriots fumble in the end zone for a score late in the third quarter.

The Diamondbacks also recorded two 2 point conversions on passes from Marburger to Castillo and Castillo to Matthew Solis to go along with three extra points from Mike Ramos Jr.

Both teams have Sharyland High on their schedule next. The Snakeskin Classic between the Rattlers and Diamondbacks is scheduled for next Wednesday.  The Patriots and Rattlers are scheduled to meet on Monday November 30.