Garza, owner of the Mission movie rental place Movie Night, was one of the many local business owners who made the difficult decision to shutter their business at the start of the COVID-19 pandemic making its way into the Valley last spring. 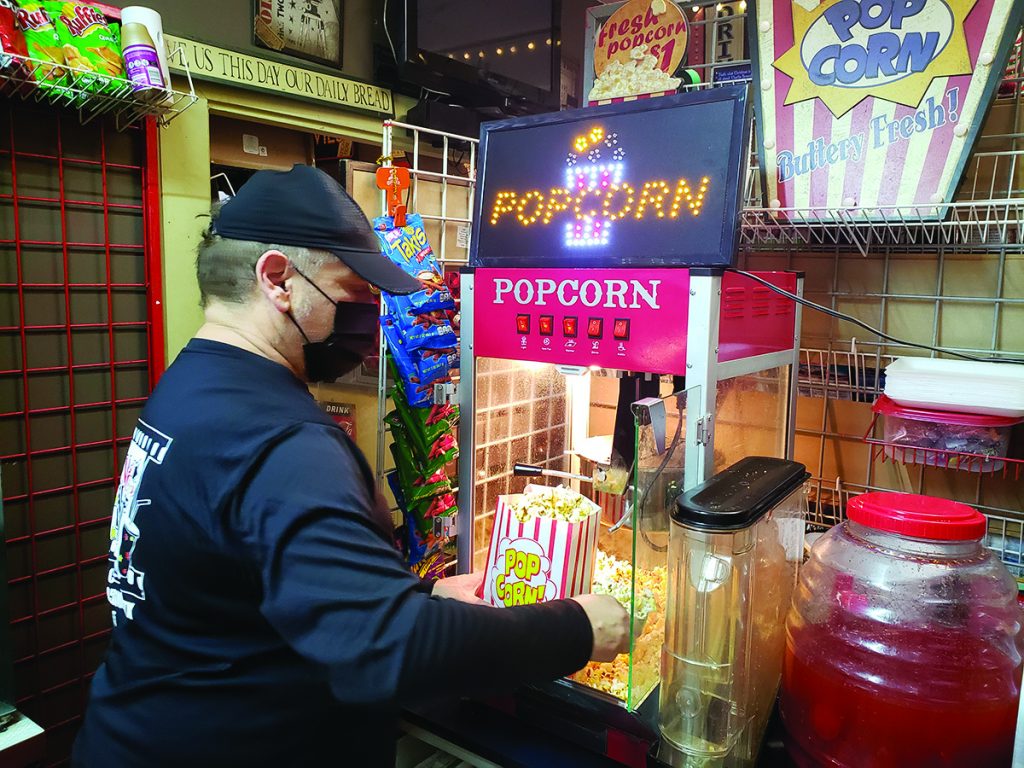 Garza, who was recovering from a diabetic coma, closed Movie Night last March for what he assumed would be two weeks.

“I had an underlying condition and didn’t want to risk my life or anyone else’s,” Garza said. “And at the time it was hard to find PPE and we realized our business wasn’t safe because everyone always comes into the stores, touches all the movies on the shelves and then they’d also possibly contaminate them when they’d bring them home and then back to the store.”

“December 27 will be our 10 year anniversary and when we opened, our goal was to get to that milestone,” Garza explained. “We were scared to do it but even though we were closed bills kept coming in, our number got disconnected because we couldn’t pay for it and we had to get a new one.”

Movie Night also survived an electrical fire that left the store without power for days.

“It’s been a scary ride,” Garza said. “We had to empty out our savings to keep this open and we kept thinking ‘this is it, we’re going to have to close.’”

As part of its new opening practices, movie night installed a plexiglass wall on its counter, limited the amount of people allowed at the store to five, mandated the usage of facial coverings, disposable gloves (provided by the store) and temperature checks for all customers.

The store also limited its hours from 5 p.m. to 10 p.m. with Tuesday and Wednesdays as the days the store is closed.

“There’s a decline in rentals we’ve noticed since when we were closed a lot of our customers turned to streaming or buying movies at the flea market as an alternative to renting,” Garza said, adding that Movie Night would regularly see 60 customers per week. “They got used to not renting and we got to retrain them and bring them back.”

To entice customers, Movie Night has several rental specials, a free pop up drive-in theater at Movie Night’s parking lot every Thursday through Saturday starting at 7:30 p.m., and an expansion on the store’s snack bar.

Prior to its reopening, Movie Night had a traditional concession stand selling popcorn, chips, pickles and soda. Now, the snack bar at Movie Night has a kitchen that sells burgers, wings, tacos and Chinese food all cooked by Garza’s business partner at the kitchen in the store.

“We’ve seen a decline in rentals so to balance it we focused on food which has been what’s keeping our doors open over the last month,” Garza said. “The adjustment has been quite a challenge. There’s times where we’re like ‘maybe it’s time to give it up’ but we’re so determined to get to the 10 year anniversary so we keep paddling. Our community has been very supportive and coming in to buy stuff or take advantage of the food.”

Garza said he has plans to eventually convert Movie Night into a diner that sells all the 50,000 DVDs available at the store.

“Physical media is becoming obsolete and pretty soon we’ll be the only place selling movies,” Garza said. “Right now we’re just trying to tell customers that we’re open and thriving, or at least trying to.”