For the last few decades, Jaime Acevedo has made it his mission to be a public servant.

The California native started his career in 1998 as director for Hidalgo County’s Urban County Program before working  for the city’s Community Development Block Grant program and becoming Mission’s planning director. 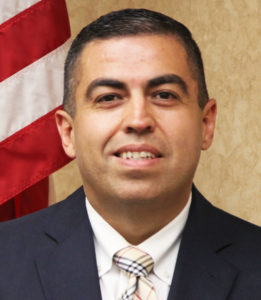 That drive continued last spring when Acevedo applied for the job as executive director for the Mission Housing Authority, a job he accepted in April.

On Tuesday, nearly eight months after his hiring, Acevedo announced his resignation from the housing authority during the agency’s latest meeting. His resignation is effective Friday, December 11.

“It’s something me and my family have been discussing for quite some time now and I just felt it was time to move on and spend time with them,” Acevedo said of his resignation. “I feel like I laid the foundation in this organization to continue to provide good quality public housing in the community without me.”

Acevedo will assist his wife who started a business during the pandemic and will also dedicate his time to helping his 8-year-old son in school, he said.

When Acevedo accepted the position with a $110,000 salary, he replaced previous Executive Director Joel A. Gonzalez, who retired last year.

“It wasn’t in a bad spot when I got here but there were changes to be done to bring the program up to speed and I felt confident I did that in the seven months I was here,” Acevedo said of the housing authority. “That’s what led me to the decision that things were falling in place for me to move on and let the housing authority continue to be successful.”

“It’s a game changer, the new technology will make our organization a lot more effective and efficient,” Acevedo said. “My resignation came as a surprise to the housing authority board with some of them trying to get me to change my mind but my decision is final.”

Among those board members are Irma Flores-Lopez who spoke highly of Acevedo when he was hired.

“He brought a lot of leadership skills and new ideas that were needed, I hope he rescinds his resignation,” Flores-Lopez said. “He inherited a lot of issues in the housing authority and it was a little chaotic for him at the beginning and it was quite a year for us between the changing of the guard and COVID affecting us but he still served as housing authority director with the same composure I’ve seen him display for years in city council meetings.”

Flores-Lopez and Chairwoman Connie Garza regularly argued with Acevedo’s predecessor during housing authority meetings. That did not occur during Acevedo’s tenure, Garza said.

“He brought with him a lot of expertise that we were able to use during his tenure, we are grateful for the time he was able to serve the housing authority,” Garza added.

The housing authority board will meet on Monday for a special meeting to accept Acevedo’s resignation and discuss plans to hire an interim executive director, Acevedo said.

“Whoever comes in after me will have a much easier job operating the agency,” Acevedo said.

*Editor’s note: An earlier version of this story misidentified Jaime Acevedo as CDBG Coordinator for the city of Mission when he worked as the compliance director in that department. We apologize for the error and have amended the story to reflect that correction.