This week, the Mission CISD board voted to authorize a lawsuit being made on the district’s behalf by Hidalgo County.

Jorge Gonzalez, the Assistant Chief Appraiser for the Hidalgo County Appraisal District, provided information on the item to the Mission Consolidated Independent School District Board of Trustees during the regular called meeting held Wed. Dec. 16, 2020. Gonzalez explained that the appraisal district is involved in against the Texas Comptroller’s office.

“This lawsuit is something that has to do with the values that the appraisal district works on on a yearly basis,” Gonzalez said. “Specifically, the state audits our office every other year.”

In 2019, the state comptroller audited all of Hidalgo County. Gonzalez said that out of the 16 school districts appraised by the county, 11 did not meet the local value.

“We received preliminary values that were considered invalid as per the state,” Gonzalez said. “We were able to formally address ten of those school districts, however Mission CISD was one of the school districts that we were not able to come to an agreement on values that would help us validate the values we have locally.”

Gonzalez said that according to the state, the county values for Mission CISD are “too low.”

“Our constant battle at the office is that the comptroller says we are too high,” Gonzalez said. “They come in every other year to audit and make sure we’re doing our job.”

Gonzalez said the Mission CISD reimbursement rates from the could be impacted by this assessment, after the second year. Currently, they are in year one of being considered “invalid.” 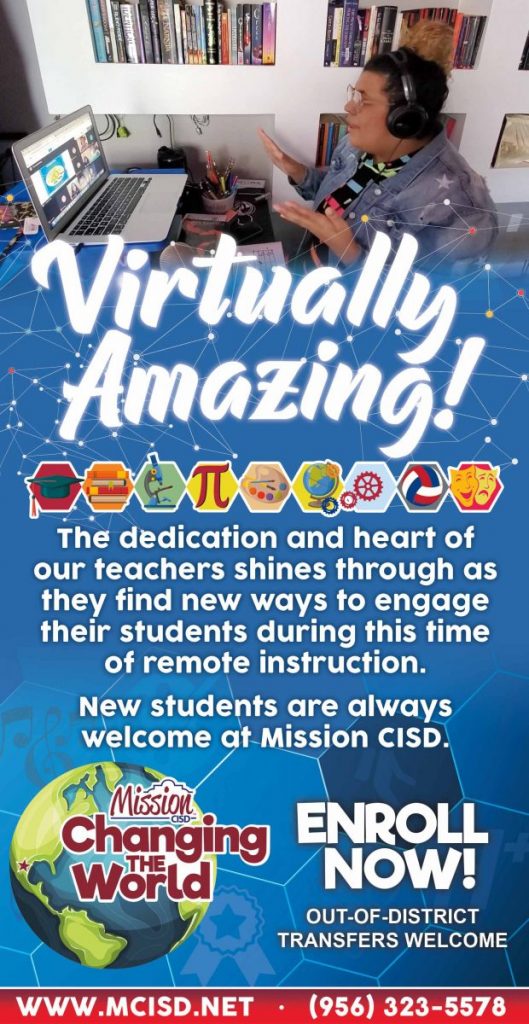 The staff at Hidalgo County met with the state’s office informally to come up with an agreement.

“I can tell you from the beginning, we were about $4 million apart, and right now we’re about $12 million apart,” Gonzalez said. “So informally, our staff was able to come up closer than what we needed to be. The magic number for the state to validate our local values is 95 percent. In comparison to their values, they’re saying we haven’t met the 95 percent value yet.”

Gonzalez said they are going to ensure the county values for Mission CISD are valid, and they have hired a law firm with history in filing these kinds of lawsuits. State Office of Administrative Hearings meeting with a judge a couple of months ago, but they were unable to resolve it at that point.

The county asked for the board’s permission to petition the state, as the county is acting as their agent on this front. The county is funding the legal costs of the lawsuit.

Board member Petra Ramirez asked why the state believed the appraised property values were low in MCISD. Gonzalez said after the county has certified values for a year, the state comptroller will assess if the market value for all properties as per the state’s tax code is correct.

“They want to make sure the checks and balances are in place,” Gonzalez said. “They are checking to make sure our values are up to par according to their appraisal team they sent to our county.”

The state comptroller follows the same process the county does, but with access to a few more tools. They randomly select sample residential and commercial properties within the district, and Gonzalez said the bigger difference was in the commercial side.

“We feel vehemently strongly against some of the arguments they’re using,” Gonzalez said. “In the commercial side, there’s a process in determining the value using what we call the income approach. We have our evidence and they have their evidence, and we feel that ours will help us achieve the goal.”

Gonzalez said the legal representation for the district from the county, Kirk Swinney, was present via WebEx to answer any questions. The board opted to take the item into executive session to consult with David Hansen, the attorney for MCISD.

Once the board reconvened, Superintendent Dr. Carol Perez said administration recommended they approve the lawsuit regarding property values. The board unanimously passed the item.