The fate of who will ultimately maintain a three-mile privately built border fence just feet away from the Rio Grande riverbank outside of Mission remains unclear following a status hearing on two federal lawsuits against the wall last week.

The fence, built one year ago by North Dakotan construction magnate Tommy Fisher, has been touted as a more effective way of combating human and drug smuggling on the border compared to the federal government’s own border wall built along the levee less than a mile away. 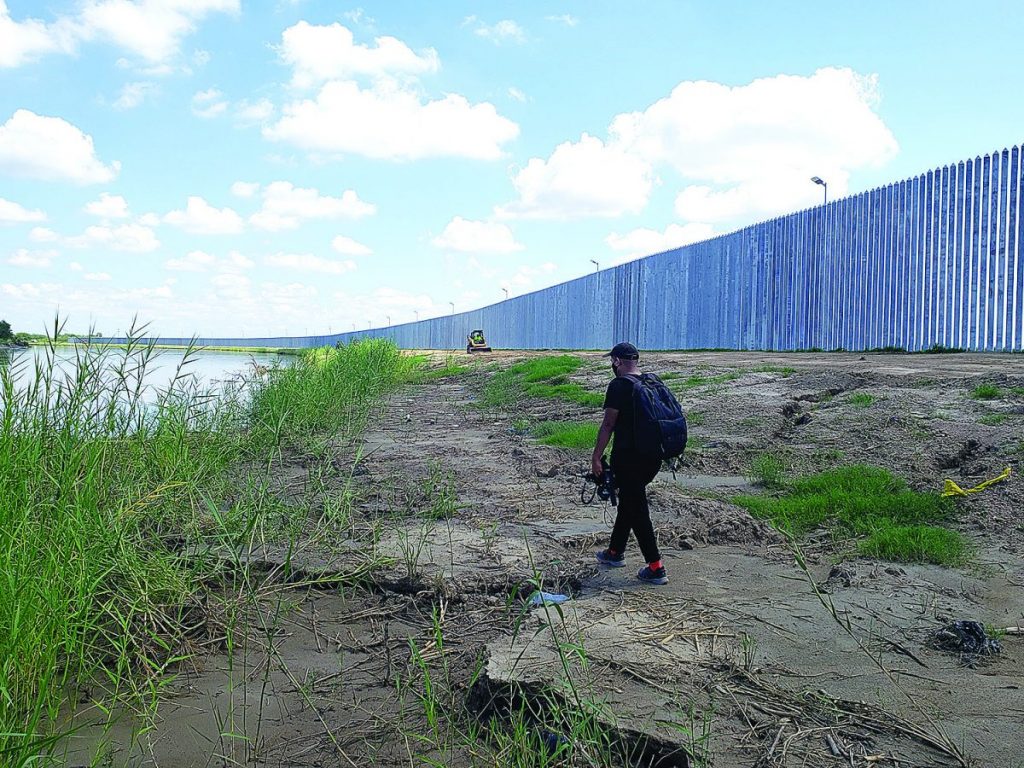 Since its construction, the federal government and the National Butterfly Center filed suits against Fisher and his companies, landowners Neuhaus and Sons who are leasing the property to Fisher, and Brian Kolfage and his fundraising nonprofit, We Build the Wall.

The lawsuit from the federal government argues that the wall could put the United States in violation of a 1970 boundary treaty with Mexico due to erosion along the riverbank from the wall possibly changing the course of the river — a conclusion the IBWC later confirmed in a finding last April.

The lawsuit from the butterfly center meanwhile argues that that same erosion could damage its property which is located near the site.

With a trial date set for next September, a new question arose during the Thursday, Dec. 10 status hearing.

“Will there be a redundancy of fences in this area?” U.S. District Judge Randy Crane asked. “Is it still something that’s needed, worth investing and maintaining given the [government] fence half a mile away?”

Fisher had previously spoken about letting the government ultimately use the wall, a point that his attorney, Mark Courtois, reiterated during the hearing.

“Border Patrol is using this fence as we speak, they love the fence,” Courtois said. “The government would be the best owner of the property, those discussions have been ongoing and we believe the Border Patrol would love to have this property, I think that’s where we’ll end up. I don’t know when it will happen but it will be the most logical direction.”

Whoever ends up with ownership of the wall would be in charge of maintaining it and fixing the erosion and water deflection issues that keep coming in surveys and models of the fence.

When asked about discussions concerning donating the property to the government so they can maintain it, Lance Kirby, attorney for Neuhaus and Sons, said paperwork regarding the change in ownership has yet to be filed.

Courtois attributed the issue to accounting and tax problems they’re working on.

“We expect something will be done hopefully by the first quarter of next year,” Courtois said of the title converting from Neuhaus to the federal government.

The lawsuit from the butterfly center has been attached to the government lawsuit since last year to promote what Judge Crane called “judicial economy” despite a motion from the center to transfer the case to state district court, which Crane declined to make a ruling on.

“Hopefully by the next time we meet there will be significant progress on the Border Patrol end or with the modeling,” Crane said, setting the next status hearing for March 3.