Facing a loss of revenue of over $2 million in the next school year due to a projected decline in attendance, the Sharyland school district may look toward open enrollment to alleviate some of that loss.

At their Monday board meeting, Sharyland board trustees met to discuss allowing students from outside the district to enroll with them, something Sharyland hasn’t allowed for decades.

“We’re below this forecast, a trend we expect to continue over the next few school years,” Ismael Gonzalez, district superintendent for business & finance said.

Since hitting a peak of 10,288 students attending Sharyland ISD during the 2014-2015 school, attendance has been slowly declining. For the next school year, Sharyland is expecting an enrollment of 9,886 students.

“This is the first time since 2011 that we’re under 10,000 enrolled students,” Gonzalez said. “And just from looking at the demographics, it doesn’t look like we’ll see any type of increase in our boundaries. We’re seeing new developments in the area but 100 new homes bring in on average only 30 students into our district because we have so many long term families who stay here even after their children graduate. This will have severe financial implications.”

Sharyland turned in their attendance projections to the Texas Education Agency prior to the school board meeting, which are what the agency uses to distribute the $6,100 per student each district receives from the state, Ismael Gonzalez said.

“And these are rough estimates based on data from the previous school year due to all the adjustments we’ve had to make this year from COVID-19,” Gonzalez said.

The district may see that loss increase with the next state legislative session set for next month with many experts predicting a cut to the overall education budget in the state as a result of a projected deficit.

Sharyland is also seeing a decrease in the amount of pre-K students, which despite receiving only half of the state ADA funding, is a group the district tries to retain to develop into students who stay with Sharyland as they grow older. 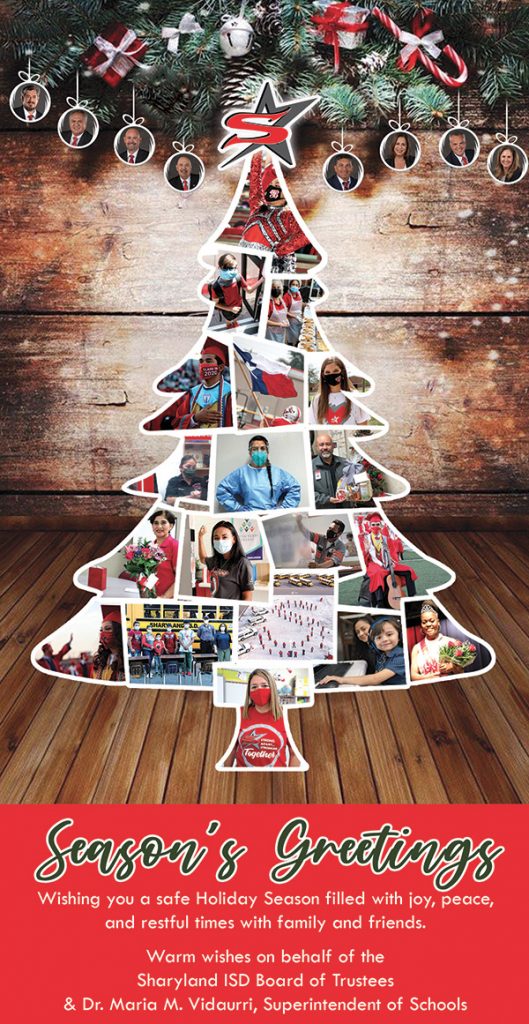 “Our goal is to regain student enrollment totals consistent with the 2019-2020 school year,” Gonzalez said. “In order to get there, we’ll need 162 students based on this forecasted analysis.”

A possibility to bring those 162 students may come from open enrollment, an option district superintendent Dr. Maria M. Vidaurri presented to the board.

Currently, the district is taking part in a tuition-based enrollment program where students from outside the district transfers to Sharyland and pay a $2,500 annual tuition. Sharyland started this program three years ago.

“We’ve seen about 50 students come in because of this so there is an interest in transferring into our district,” Vidaurri said. “We are looking at starting off with a limited enrollment to not overwhelm staff. If approved, and we want to look to start this next year, we need to advertise and begin recruiting students by February.”

Vidaurri noted that should the board approve the item at a follow-up meeting, the students participating in tuition-based enrollment will no longer have to pay the annual fee.

School board member Ricky Longoria pointed out that despite Sharyland being the only district in the area to not participate in open enrollment, other districts are also seeing a decline in attendance.

“This is a topic we’ve talked about before because everyone was doing it and we were wondering if we should too but, if you look at every district around us, they’re also losing kids,” Longoria said. “They continue to see a decline, that onto itself makes me ask if open enrollment is even the answer to a decline in attendance when it hasn’t worked.”

As the item was only a discussion item, the district agreed to return to discuss open enrollment in an upcoming school board meeting.