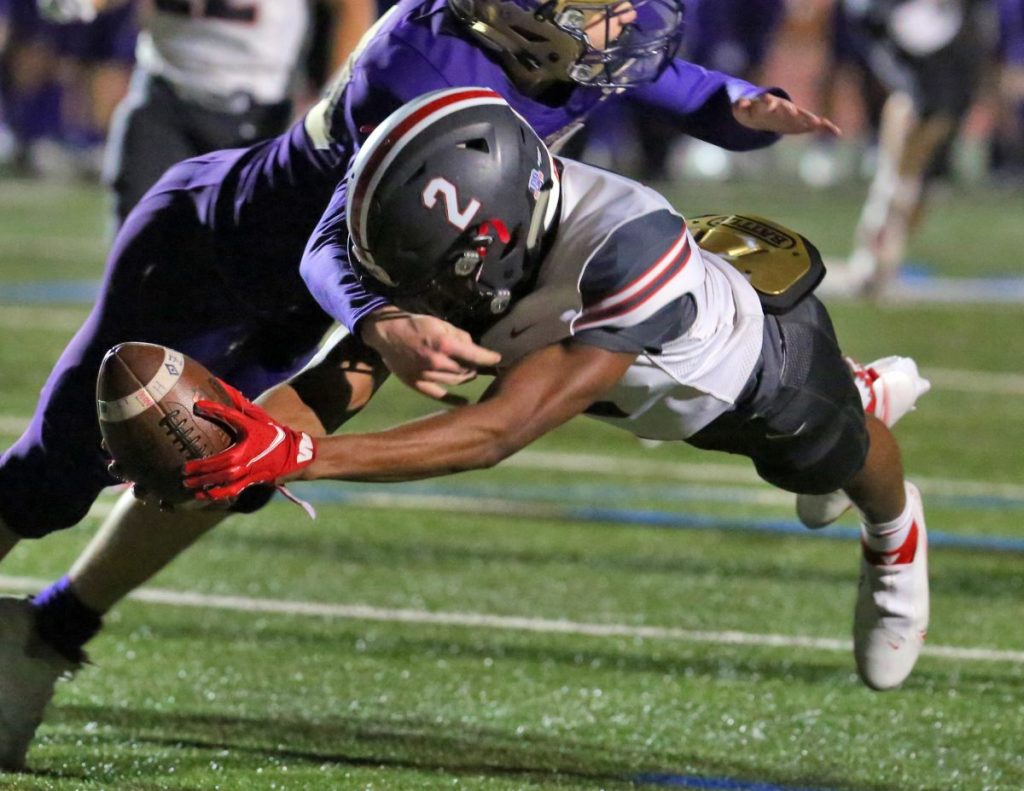 Sharyland Pioneer’s Joseph Graham Jr. drives into the endzone to score the winning touchdown in the final seconds against Marble Fall in a Class 5A Division II area playoff game at Heroes Stadium on Friday, Dec. 18, 2020, in San Antonio. (Joel Martinez | jmartinez@themonitor.com)

Tied at 47 all with less than two minutes to play the Diamondbacks (7 – 0) put together a drive that finished when Pioneer quarterback Eddie Lee Marburger connected with Joseph Graham Jr. for a 17 yard touchdown with only 12 seconds left to secure a 54 – 47 victory over the Marble Falls Mustangs in a Class 5A Div. II contest at Heroes Stadium in San Antonio.  It was the fourth touchdown of the night between the two.

The Diamondbacks trailed 30 – 27 early in the third quarter but took the lead on a Marburger pass to Mike Ramos Jr. and extended it to 41 – 30 on the third scoring connection between Marburger and Graham Jr.  Marble Falls rallied with 17 fourth quarter points to tie it before Graham’s late game winner.

Pioneer will play next Saturday December 26 at 7 pm at Buccaneer Stadium in Corpus Christi for a matchup against the Georgetown East View Patriots.

In Laredo, the Eagles and Laredo United South Panthers needed extra time to settle their Class 6A Div. I area round clash. After South scored on their first overtime possession to go up 42 – 35, the Eagles answered with a short scoring run from Jeremy Duran, his fourth of the night, and went for the win by going for two on the next play. Duran’s throw into the end zone was tipped away, securing the 42 – 41 victory for the Panthers. The Eagles season ended at 5 – 2. 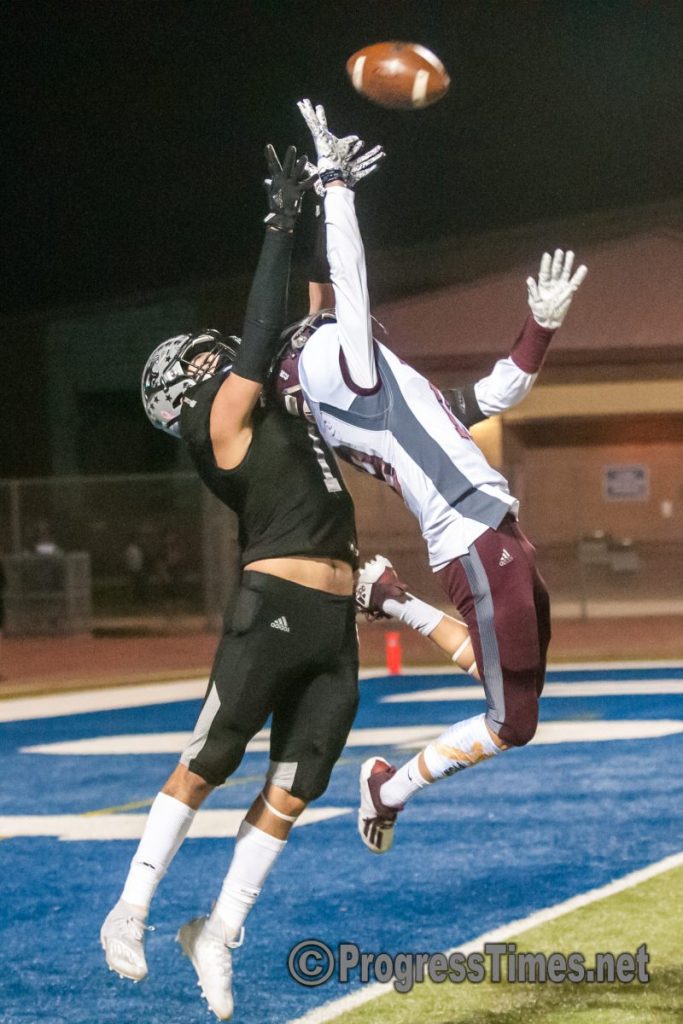 Mission defensive back Jose Tovar goes up high to deflect a pass during the second quarter of the Eagles’ 42-41 overtime loss to Laredo United South Friday, Dec. 18, 2020. Progress Times photo by Luciano Guerra

Mission led 28 – 21 going into the fourth but couldn’t capitalize on an early drive into Panthers territory to extend it.  The Panthers tied it with a score off a trick play on fourth and long but Duran’s quarterback sneak from one yard out put the Eagles back up late. The Panthers forced overtime on a touchdown run with 33 seconds left in regulation.

Both games were offensive shootouts that seemed like they would be won by whichever team had the ball last and they both came very close to ending just that way.  Pioneer led 14 – 0 early but the Mustangs tied it at 20 apiece in the second before Pioneer pulled ahead 27 – 23 at the half.  Marburger finished the night with five touchdowns passes and two on the ground. Taylor Esparza’s 15 yard run opened the scoring for the Diamondbacks.

The Eagles and Panthers traded scores all night as well. Mission trailed 14 – 7 after the first but it was 21 all at the half.  The Eagles got scoring plays from receivers Jose Ortiz and Jose Cortez on passes from Duran along with a short Duran scoring run in the first half. A big interception return by Angel Saldana – Castaneda  early in the third set up Duran’s second rushing score of the night to give the Eagles a 28 – 21 lead and his third put the Eagles on top 35 – 28 in the fourth.