The sports world loves nicknames. Besides the fact that almost every team or school has one, there are some nicknames that go beyond the actual team or teams that reside there, and instead apply a moniker that describes the area beyond a single team.

In the early 1990s Houston became known as Clutch City based on the success of the city’s NBA franchise. For years the residents of Green Bay, Wisconsin and Boston, Massachusetts have referred to their respective homes as “Titletown” for the exploits of the Packers (Green Bay) and, in the case of Boston; the Celtics, Patriots, Red Sox and Bruins. 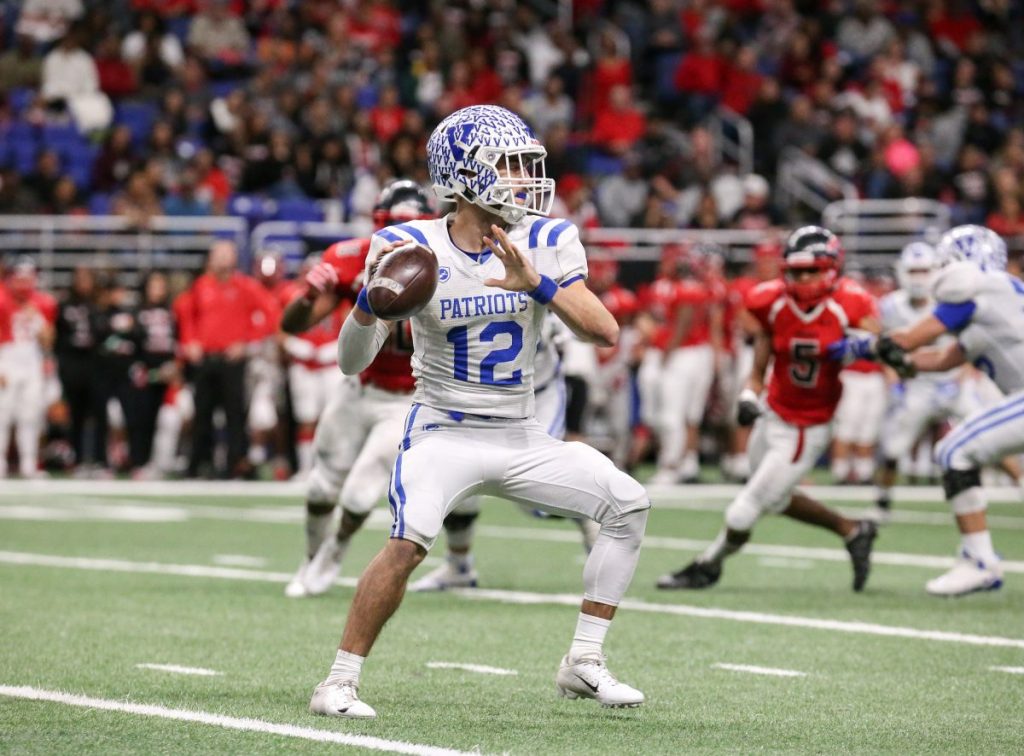 I propose it’s time for the city of Mission to get one as well. While it is true that we are already known for our citrus industry (I remember helping unload truckloads of oranges and grapefruit at my high school in Iowa back in the late 1970s that hailed from Mission), and more recently, butterflies; the time that I have lived in the Valley has opened my eyes to another aspect of the city: it has produced some pretty good quarterbacks.

At the top of the list is, and most likely always will be, Tom Landry. The two time Super Bowl winning coach of the Dallas Cowboys and NFL Hall of Famer led the Mission Eagles to an undefeated season in 1941. His presence in the city is still here in the form of the downtown mural depicting his life and the statue that resides at the entrance of the stadium that bears his name.

I find it oddly coincidental that the rise to local prominence (and beyond) by some of the recent young men to play the position for the community’s high schools started soon after the naming of Tom Landry Stadium in 1983. The arrival of coaches like David Lee, Rusty Dowling and Sonny Detmer in the 1980’s certainly played a role as well.

The passing records for the Rio Grande Valley were recently posted on Twitter by local sportswriter Bryan Ramos and it reads like a who’s who of quarterbacks from Mission. Of the top five spots in the four categories listed, all but one is currently held by players from Mission High, Mission Veterans or Sharyland Pioneer. The top spot in every category is held by an athlete from the city.

Koy Detmer’s career at Mission High in the early 1990’s produced another flurry of offensive numbers and success for the Eagles; earning him a place in every category on the list. A few of Detmer’s numbers have been questioned and he even told me he was unsure of some of them, giving some of the credit to teammate Willie Rodriguez. The two alternated duties for a time in 1990. Even so, there are no denying Detmer’s accomplishments or ability. No coach that I know would let their quarterback throw the ball 73 times in one game if they didn’t think he was capable. Detmer did that against Houston Aldine in a 1990 playoff game. A four year stint at The University of Colorado and ten years in the NFL with the Philadelphia Eagles just adds more proof.

The opening of Mission Veterans High in 2002 provided more than just a rival for the Eagles.

Two of their quarterbacks had careers worthy of recognition as well. Diego Hernandez put up big numbers for the Patriots in his career, most notably in 2016, when he threw for over 4,000 yards and 45 touchdowns. Landry Gilpin surpassed Hernandez in 2018 with over 4,500 yards through the air and 50 scores. Landry’s 9,366 career yardage tops the list and his career mark for touchdown passes (87) was recently passed by the latest Mission area quarterback to turn heads and frustrate opponents. 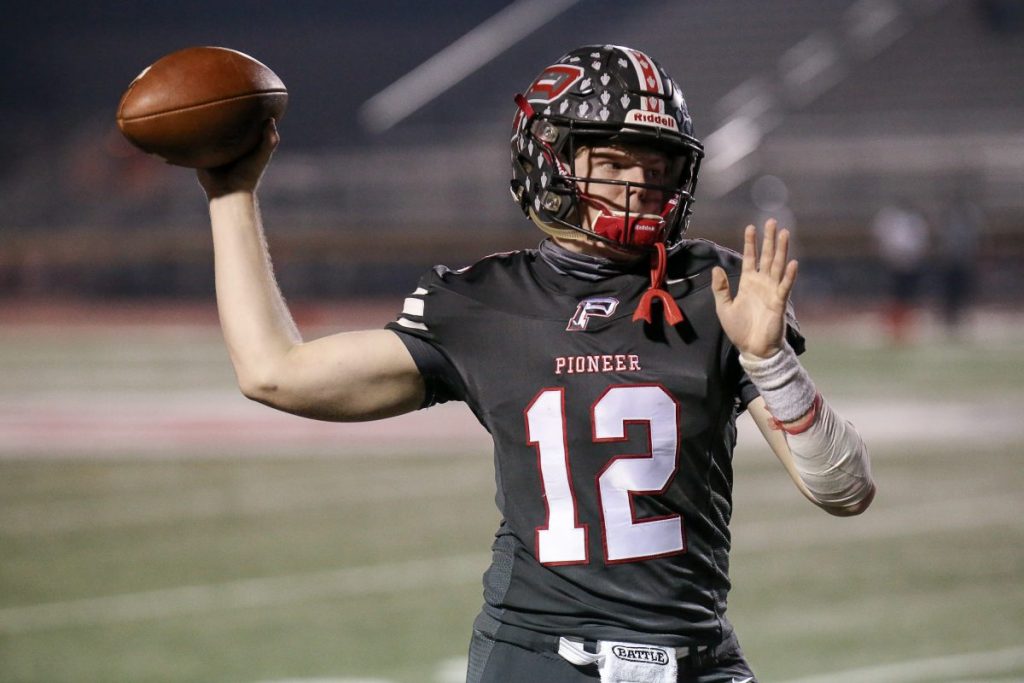 That would be Sharyland Pioneer’s Eddie Lee Marburger, who had a monster year in 2019 and is doing so again this year despite playing a shortened schedule. Marburger set the Valley record for single season touchdown passes with 58 in 2019 and his career total, currently at 88, leads that category as well.

There is also a link between the different eras reflected in the records.

Lupe Rodriguez aided in the development of both Hernandez and Gilpin while serving as the offensive coordinator of Mission Veterans from 2009 to 2016. He is currently the head coach for PSJA High School. Detmer is now the head coach at his alma mater, developing the next generation of Mission signal callers. Both Gilpin and Hernandez were coached by Landry’s father David Gilpin who worked under Koy’s father Sonny at Mission High before moving over to Veterans. Marburger’s head coach at Sharyland Pioneer, Tom Lee, played for both his father David and Dowling at Mission High.

It’s those types of connections that should help keep the tradition going; in fact, it may have already started. Both Mission High and Mission Veterans were piloted by junior quarterbacks this season and both should be back for one more go-around in 2021.

Jeremy Duran has been starting games for the Eagles since his freshman year and Ricky Reyna has been the starter at Mission Veterans for the past two seasons. While each may not achieve the kind of numbers their predecessors have (Reyna missed part of his sophomore year to injury and each team had abbreviated schedules this year due to the coronavirus), expect both to be key contributors to their teams next year.

There is also no doubt that I have failed to mention    numerous others who have had successful careers guiding all four of Mission’s high schools or as @DLion_17 mentioned in reply to Ramos’ Twitter post of the passing records, “Let’s not forget these greats!!!” , followed by a listing of the Valley’s career leading receivers. I’ll give you one guess where they are from.

*Verification of statistics came from information found on websites from the Rio Grande Valley Sports Hall of Fame, Texas High School Football History and Max Preps along with statistics provided by Mission Veterans coach David Gilpin. Numbers between sites did not always match.