Sharyland Pioneer Diamondbacks head football coach Tom Lee got a little emotional when describing his teams’ performance tonight in the Class 5A Div. II Region IV final at Heroes Stadium in San Antonio, a 56 – 53 loss to Liberty Hill. “I couldn’t be more proud of my kids . . . the way they represented the Valley with class. We went out fighting tonight,” said Lee.

It was a fight and then some in the high scoring affair that matched two unbeaten teams battling for the right to advance to the state semi-finals. 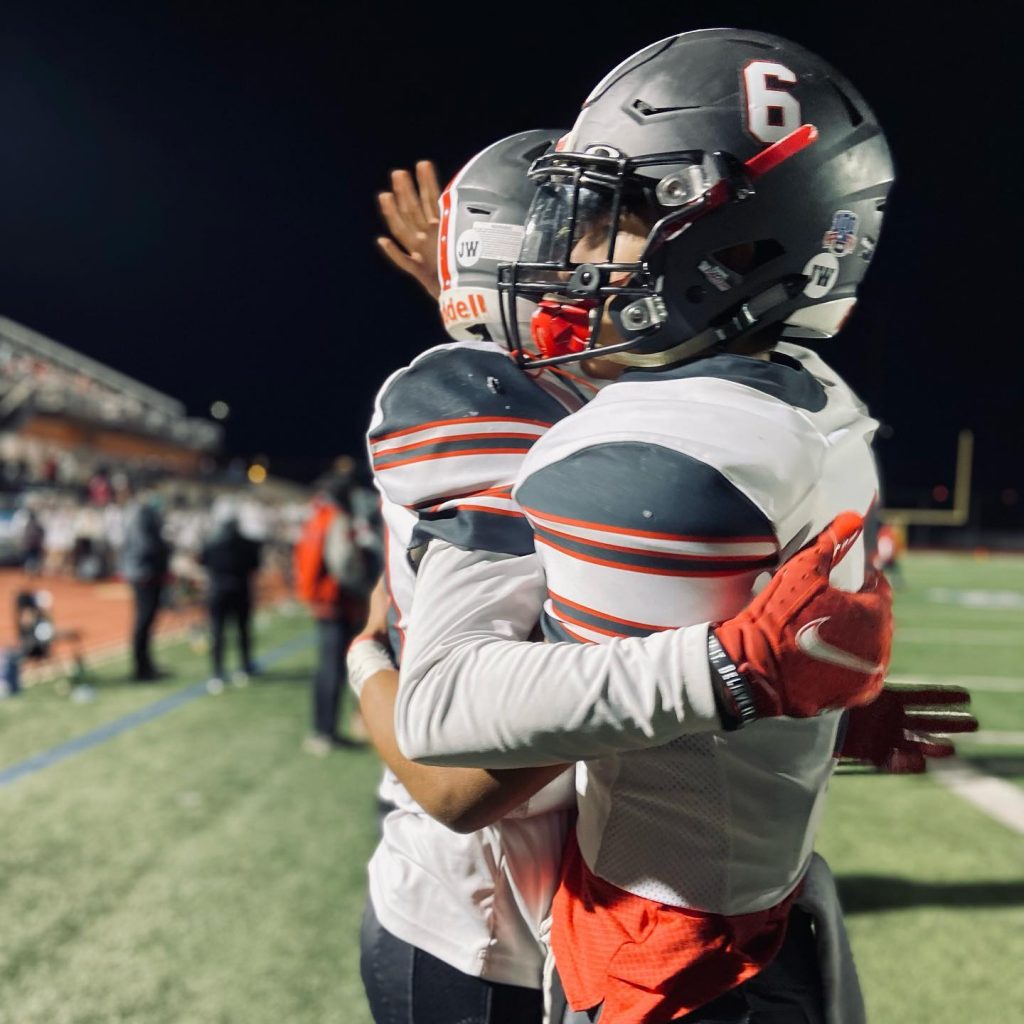 After a three and out to start the game and a scoreless second possession, the Diamondbacks scored touchdowns eight of the last 11 times they had the ball.

Pioneer’s quarterback Eddie Lee Marburger threw for six touchdowns on the night and ran for two more. The senior connected with Mike Ramos Jr. and Joseph Graham Jr. for touchdowns in the first quarter and ran for two scores of his own in the second quarter to make it 35 – 27 at the half.

After falling behind 42 – 27 early in the third, the Diamondbacks scored 14 straight on scoring throws from Marburger to Tristan Castillo and Gavin De La Garza to make it a one point game. The second score came after Guillermo Guerrero recovered a loose ball on the kickoff following the Castillo score.

A long run from Castillo, set up by a Caleb Fuentes fumble recovery had the Diamondbacks in position to go up late in the third quarter but Liberty Hill blocked the field goal attempt that would have given Pioneer its first lead of the night.

Marburger hit Castillo for another score early in the fourth to make it 49 – 47 but a successful two point try to tie the game was negated by a penalty.

The Diamondbacks made it 56 – 53 following a fumble recovery from Alejandro Vasquez and the third scoring connection of the night between Marburger and Castillo with just under three minutes to play but Liberty Hill recovered the ensuing onside kick attempt by Pioneer and ran out the clock to win it.

The season was marked by challenges both on and off the field and the way the team performed and responded to those challenges did not go unnoticed by Lee.

“The Valley has had to do things that no other area in the state of Texas had to deal with,” said Lee, “and that’s a tribute to our kids. All the adversity; the lack of practices; being shut down. I guarantee that no one has had to do what we had to do; to get where we’re at; my coaching staff, our kids, the community, SISD just being there for us. There are so many things that we’ve been through this year that I could share with you that’s unbelievable that we’ve overcome and to get where we’re at today and still lose by three points to a good football team. I wish them (Liberty Hill) luck, you know, it hurts; there’s no doubt about it; it hurts because we felt like we should be playing next week.”

The Diamondbacks end their most successful season in school history at 8 – 1, reaching the fourth round of the playoffs for the first time in school history and advancing further than any other previous Sharyland ISD football team.