Palmview celebrated one of their own who represented western Hidalgo County during last year’s Texas Citrus Fiesta. 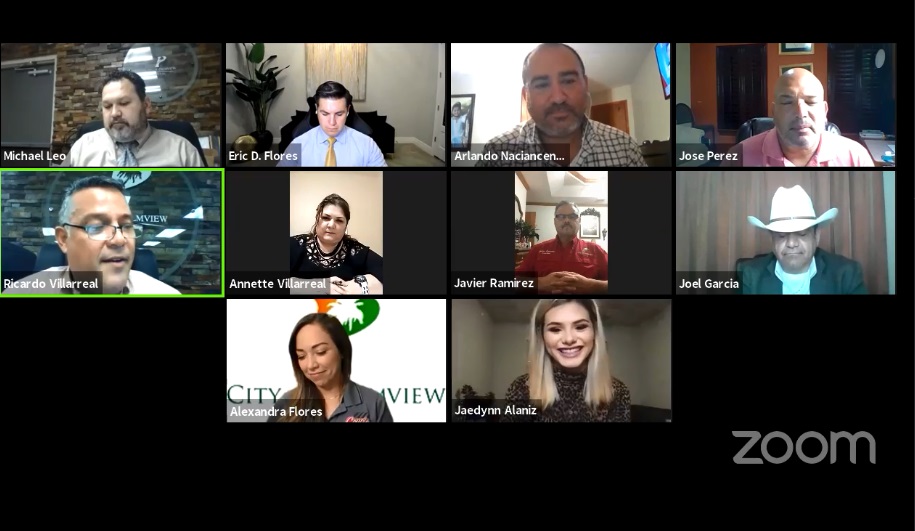 “You were participating under Peñitas but you are a Palmview constituent, we will always be proud of you,” Palmview council member Alexandra Flores told Alaniz during the virtual meeting.

Alaniz was recognized with a certificate and a resolution for her achievements.

“It was amazing to see how much the west side supported me in the last year and it was a really amazing experience that I am grateful I went through,” Alaniz said. “This year obviously was crazy given that I was in a pandemic and I am away at college but I did my best to support my community the best I could and it’s sad that it’s coming to an end but I’m really excited to see what the future has in store for me.”

Alaniz is a graduate of the Palmview High School Class of 2020 and is currently attending Texas A&M Corpus Christi and majoring in communications and media. She has plans to attend law school as a graduate student and to have a career in the modeling industry.

She was named Queen Citrianna 83rd in January 2019 during the 82nd TCF royal coronation and was officially crowned the following year. As the outgoing queen, she will be on hand at this year’s royal coronation to see the new royal court.

While campaigning for Queen Citrianna, Alaniz promoted mental health and suicide prevention as part of her platform. Palmview Mayor Ricardo “Rick” Villarreal noted that Alaniz’s platform is reflected in the ways Alaniz has volunteered in the community in several altruistic acts such as reading for children in several local daycare centers.

“I’m humbled and proud because of what you did and hope it will hopefully set a new standard here,” Villarreal said. “Your brother played football for Palmview High School and he also set a high standard there as a member of the first Lobos football team that ever made the playoffs and here you are, the first ever to bring the crown to our humble little town. It’s an honor and a pleasure. You are now the queen of the city and our region.”

The standard is continuing for a second year in a row as Kaylee Ann Silva, former Miss Palmview and the Duchess of Royal Palms, was selected last year to be crowned as Queen Citrianna 84th during the upcoming Royal Coronation set for Thursday, Jan. 28.

“You put us on the map while representing the area, you’re going places and I wish you the best,” Palmview council member Joel Garcia said.