With a solid core of players back from last year’s playoff squad, the La Joya Coyotes boys’ basketball team is looking like they are ready to return. Their 69 – 57 win over the Mission Eagles Tuesday night at the Neuhaus Gym in Mission was their sixth straight win,  improving  their overall record to 14 – 2. The Coyotes are currently the leader in District 31 – 6A with a 6 – 1 mark as the district season nears the halfway mark. The Eagles fell to 4 – 3 in district and 5 – 8 overall.

Both teams came into the game with momentum and big wins in their most recent games. La Joya handed Edinburg Economedes their first district loss last Saturday to keep their win streak intact. The Eagles, fresh off a win over PSJA North, came in having won four of their last five. 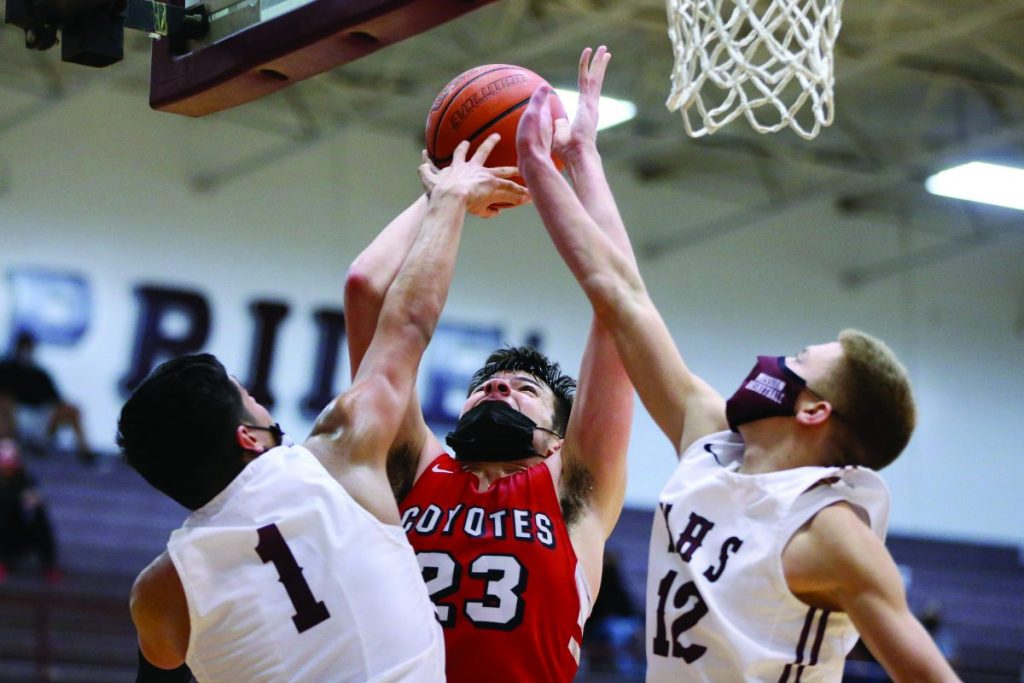 On Tuesday, the Coyotes used two first half runs to build a comfortable halftime lead and then put together one more in the fourth quarter to secure the win after the Eagles battled back.

Their first run (9 – 0) broke a 12 – 12 tie to put the Coyotes up by nine at the end of the first quarter. Their second run (10 – 0), near the end of the second quarter, pushed the lead to 16 just before halftime. Bernie Vera scored four points in the first run and five during the second as part of his 13 first half points. Ethan Moya contributed a steal and a basket in the Coyotes first run and put back an offensive rebound in for another score in the second run.

Trailing 50 – 33 in the third, the Eagles came to life with a 18 – 4 run of their own that cut the Coyotes lead to three early in the fourth quarter. Missions’ Dominick Gomez put in 11 of his game high 24 points during the comeback but the Coyotes answered with ten straight (five each from Vera and Cesar Villarreal) of their own to seize back control. The five points put in by Villarreal were part of his 15 second half points. He finished the night with 23 to lead the Coyotes. Vera finished with 20.

Mission head coach Rico Martinez was pleased with how the team has started district play, citing an improved defensive effort, better transition offense and his own group of returning players from last season, like Gomez and Tajh Jones, stepping up their efforts, as well as freshman point guard Diego Serrano. “Those three guys have been the catalyst so far in our district play”, said Martinez. 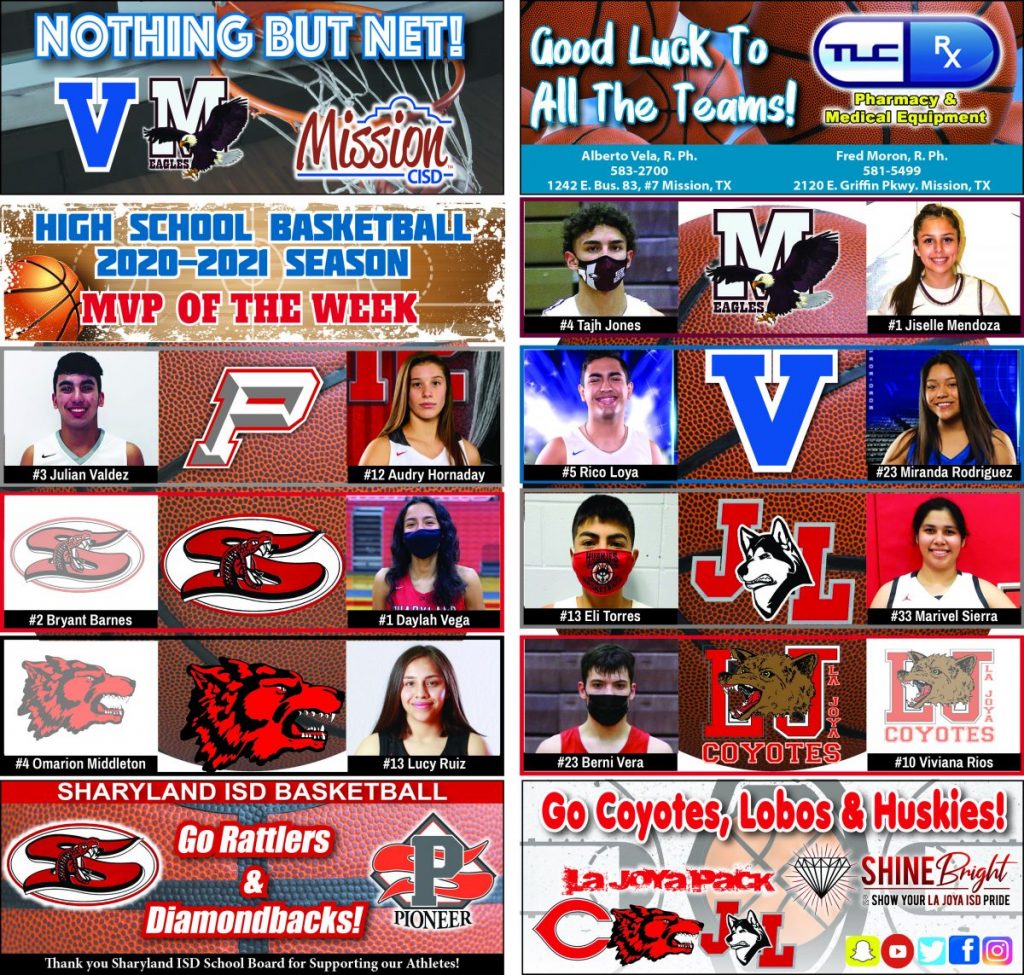 The Eagles big run to get back into it on Tuesday didn’t surprise Martinez. “These guys  . . . there’s no quit, there’s no quit in these guys and that’s what makes it so special, because the youth (the Eagles have only two seniors) combined with the returning lettermen and the veterans ; they put the effort together day in and day out in practice and it showed. We had kind of, a like, bad start (tonight), down 17, but in this case, guys fought. There is no quit in these guys.”

In addition to Gomez’s big night the Eagles got double digit scoring efforts from Jeremy Duran (13 points) and Jones (11 points).

The Coyotes experience has played a role in their start to the season as well. The team’s five starters (Moya, Vera, Villarreal, JC Barrientos and Mikey Saenz) were all part of last year’s playoff squad. That is something head coach Eric Montalvo is thankful for given the issues created by the coronavirus.

Montalvo also explained what he wants from his team when he sees another team making a run and gaining momentum like the Eagles did in the second half.  “We just go back to our fundamentals defensively, you know, making sure we are in help side and we emphasize a lot of one and done, one shot and rebound and go. Sometimes we’ve got to kind of get back into our fundamentals defensively and our defensive principles. Try to get one stop at a time; that’s what we talk about.”

That’s good advice considering the Coyotes, sitting alone in first place, will be playing with a target on their backs for the rest of the season and is sure to get a few more challenges along the way.