The new year kicked off with a new county commissioner to represent western Hidalgo County.

On New Year’s Day last week, local businessman Everardo “Ever” Villarreal was sworn in as Hidalgo County Precinct 3 commissioner by state Senator Juan “Chuy” Hinojosa. Due to the COVID-19 pandemic, the swearing in occurred at Villarreal’s home with only his immediate family attending and live streamed on the county Facebook page. 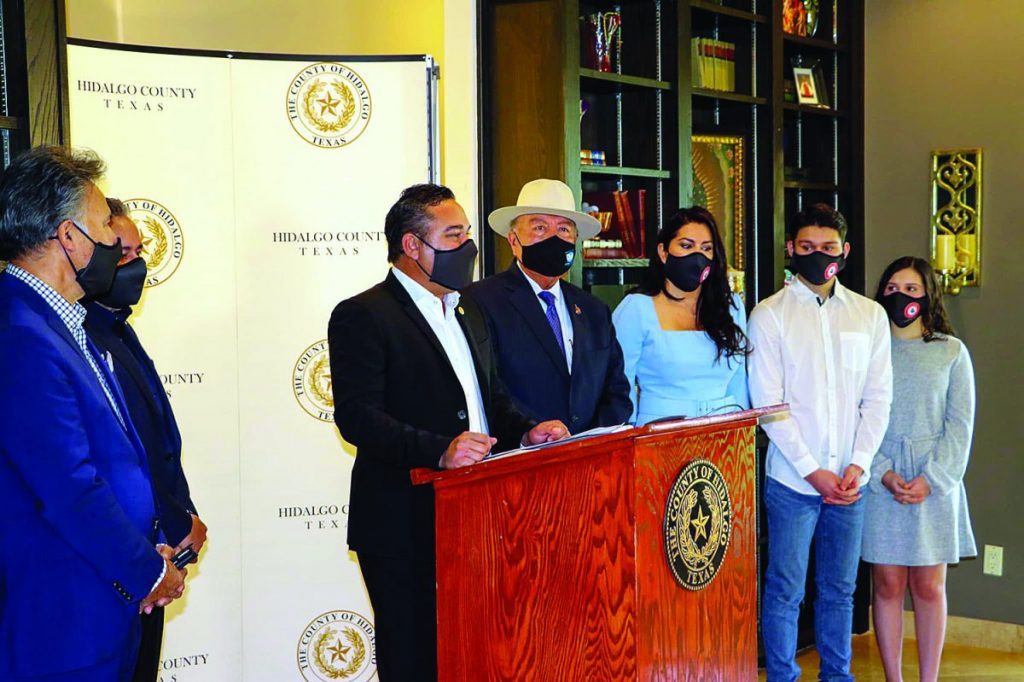 “Today is about everyone ready for change who will work hard for it,” Villareal said as he thanks his family and close friends during the ceremony. “I will work hard to live up to your ideals and am so blessed by your friendship and support.”

The January 1 swearing-in was the culmination of a literal close race between Villareal and longtime incumbent Jose “Joe” Flores who was seeking a sixth term in office. Villareal loaned himself $420,000 in the last month of the March 2020 Democratic primary election.

“I think I need to show people that I believe in myself and that I’m able to pretty much fund my own campaign,” Villarreal said in a previous interview.

Villarreal won the election by 92 votes. Though Flores attempted to challenge the results of the election with a lawsuit that claimed as much of 1,000 of the votes were fraudulent, a judge ended up dismissing the lawsuit.

“I’m very confident that Ever will be one of the best county commissioners here in Hidalgo County,” Hinojosa said at the swearing-in ceremony. “We need people like him going through the system to come up with new ideas and approaches and energy that will help us make this a better government and place for our families.”

Villarreal’s brother, Rigoberto, had one word to describe his brother at the start of the ceremony.

“Those who know Everardo know that when he sets his mind on something he’s very determined,” Rigoberto said. “He will work tirelessly to make improvements in Precinct 3 and include as many people who want to be included. Ever met with many people in the precinct about much needed improvements to drainage, lighting and other needs. The people he met with voted for change in Precinct 3. And the winds of change are coming.”

Villarreal, who was visibly holding back tears and choking up during the ceremony, said he felt honored to be voted as Precinct 3 county commissioner.

“While this swearing in ceremony is for me it’s not about me, it’s about us,” Villarreal said. “It’s for everyone who believed Precinct 3 can and should be more and are ready to work hard and make it a better precinct.”